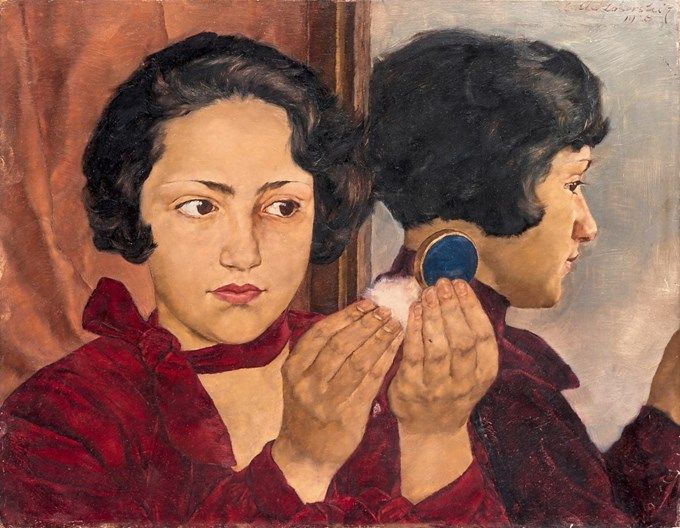 Literature can offer a voice to those we thought were silenced, and give us stories to make us hope, despair, dream or cry. Usually we picture writers as deeply troubled men, locked in their rooms, writing by candlelight at night. Yet this romantic cliché might not be true. Writers can come in all forms: women dreaming of a brighter future, pretty women who want to become actresses, and women living in a claustrophobic society which allows little space for them to grow. The German writer Irmgard Keun was one of them.

I came across Keun’s name for the first time in the German syllabus for my first year at Oxford. I was intrigued by her, not only because she was the only woman writer on the list – which is striking enough – but also because while reading some of her books, I realised how her feminine characters seemed so real and challenged our own actual feminist views. Indeed, nowadays, women are seen as feminists only if they are assertive and independent as well as actively fighting against our patriarchal society. Irmgard Keun’s heroines are more nuanced; they play with gender stereotypes to get what they want, instead of fighting the system. They try to get the best of it by playing by the rules.

Irmgard Keun was born into a German liberal middle-class family in 1905. She worked as a stenotypist and took acting classes. Her first dream was to become an actress, but she resigned herself to pursue a literary career as advised by the famous German author Alfred Döblin. Keun’s first novel Gilgi eine von uns  (1931) was an instant bestseller. Her second novel Das kunstseidene Mädchen, published a year later, was an international success and even adapted to screen. Irmgard Keun was about to have a brilliant career in the late Weimar Republic years. She was one of the main leaders of the ‘Neue Sachlichkeit’, a literary movement during these years.

However, the rise of National Socialism cut her literary aspirations short. Her books were banned and she did not receive any more money from her book sales. After divorcing her husband because of his affiliation with the Nazi party, she went into exile in the Netherlands. While she was in exile, she published several novels such as Nach Mitternacht, D-Zug Dritter Klasse, and Kinder aller Länder. She made a cinematic return back to Germany, faking her own suicide and changing her name. After the fall of National Socialism, she tried publishing other literary works, but she could never match the success she had before. She lapsed into alcoholism and poverty and finally died of lung cancer in a psychiatric ward.

Irmgard Keun’s life can be seen as a tragedy. Her talented wings were clipped by dictatorship. Surprisingly, she was rediscovered in the late 70s and her works were described as avant-garde feminist novels. But the ones who consider her female characters as bold feminists fighting against the oppressive patriarchal society surely have not understood her multi-layered and nuanced characters. The main characters of novels such as in Gilgi, eine von uns and Das kunstseidene Mädchen are young women who try to succeed in their lives on their own. They can flirt, play with gender stereotypes, use men to achieve their goals, implicitly criticise society by adopting a seemingly naive and innocent tone and much more.

Looking at some of the figures more closely, in Gilgi eine von uns, Gilgi is a young stenotypist, looking for her birth mother and trying to escape her middle-class adoptive family by living with her bohemian older boyfriend. She is struggling between her ideals of helping her friends (who have fallen into poverty because of the inflation and the rise of unemployment) and her expectations of making a better life for herself. She does this by accepting expensive gifts from men and running away to Cologne and starting a new life as a single mother. Sanna, the main character in Nach Mitternacht, considers herself a ‘wallflower’ silently observing the ones around her. She narrates the rise of Nazism by describing her acquaintances’ lives. Nonetheless, under her bubbly and naive tone, we can find implicit criticism and satire. She puts Hitler’s power and masculinity centred around military status in question by ridiculing their twisted ideals.

Irmgard Keun’s heroines are more than women fighting against men; they are women who are conscious of the prejudices they will encounter against their sex, and who will try to subvert these prejudices to their own account. They are imperfect characters who seem passive observers just as society expects them to be, yet in detail, we discover strong-minded characters who aren’t afraid of adversity and discovering the unknown. Although Irmgard Keun’s career has been shattered to pieces and therefore she is often overlooked, it is important to acknowledge her legacy.

Irmgard Keun subverts the “écriture féminine” (women’s writing) archetype. She uses the literary codes that women writers were expected to follow but she twists them into delivering a detailed political and sociological analysis of either the Weimar Republic or the early Nazi regime. Her characters often mirror romanticised features of the author’s own life. Arguably, Irmgard Keun was the main character of her own story. She liked to play with her past, pretending she was five years younger to fit her character’s age in Gilgi eine von uns.

What I personally like in Irmgard Keun’s works is how nuanced her female characters are, and how imperfect and plausible they can be. Her characters not only embody a whole generation but they are also extremely modern as we often face the same challenges as those women today. Keun’s characters show us that being a woman is so much more than what men expect us to be or what feminist ideals push us to become.