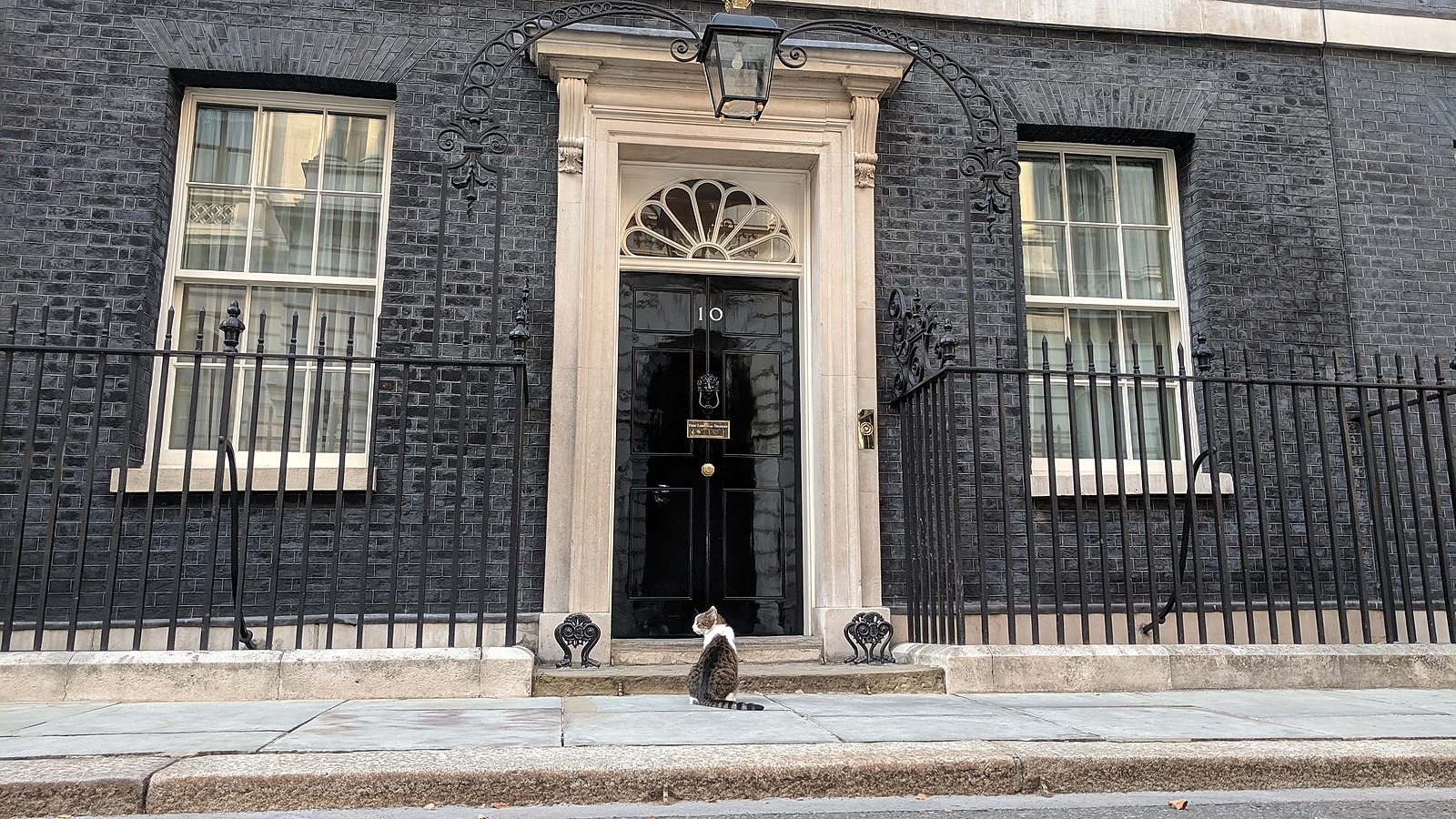 Boris, what have you done?

Why has Boris Johnson had to resign?

Recent events from within 10 Downing Street have proven that the government cannot continue to operate with Boris Johnson as Prime Minister. The resignations of Sajid Javid and Rishi Sunak on July 5th, sparked by a scandal with Johnson’s Deputy Chief Whip, and the chorus of pleas for him to step down from his own party catalysed the apparently inevitable resignation of Boris Johnson. The reality is that Johnson’s term, plagued with a constant stream of political misconduct – from the secret parties to Johnson’s handling of Chris Pincher – could not continue and, at last, Johnson’s leadership was toppled with one too many a scandal. But the problems facing the Tories run deeper still.

Will there be an early general election?

The next General Election is due to be held in January 2025. As a result of the Dissolution and Calling of Parliament Act 2022, the only way to trigger an early election is if the current PM chooses to.

Both theoretically, and in practice, there is no requirement that the new PM ought to call for a general election, as seen when Brown succeeded Blair in 2007. Thus, although many are seeing this political turmoil as requiring an early general election, the decision ultimately lies with the successor of the Conservative party. Currently, it seems unlikely this will happen as trust in the Conservative party is steadily collapsing and whilst more democratic, it won’t be in the party’s best interest to call for an early election.

Who will be the new Conservative Party Leader?

After his landslide win with 80 seats in 2019, Boris Johnson secured the PM role. However, why he clawed onto his title as Prime Minister for so long is most likely the result of his inability to recognise his flaws, and the feeble argument that he had a direct mandate from the people. Moreover, the lack of a clear successor was likely instrumental too.

Consequently, there now appears a mass of contenders. One of the old favourites was the newly elected Chancellor of the Exchequer, Nadim Zahawi. His remarkable first action in office was to ask for Johnson’s resignation, perhaps a strategic move to win the trust of some of the Conservative electorate. While he had initially seemed a viable contender, the latest ballot has eliminated Zahawi.

Instead, the odds currently seem to be leaning in favour of the past Chancellor of the Exchequer, Rishi Sunak. However, this could be a dangerous choice: despite his heroic attempts to save the economy amidst the pandemic, his far-right policy and strategy since have been damaging to the working class. His cuts to government spending and tax hikes have harmed both the economy and the standard of living; all the while, Sunak, as the speculatively labelled richest MP, has been accused of tax avoidance himself.

Having already been thrown in the deep end once with his role as Chancellor of the Exchequer at the start of the pandemic, it is almost honourable that he believes he can restore faith in the Conservative Party. However, the unfortunate truth is that Rishi Sunak may win in the power struggle to find Johnson’s successor, but the man isn’t as good as his PR and this reality will be felt the hard way if he steps up. His slick marketing campaign and well-chosen moves, words and even the timing of his resignation create a façade for a man who most likely will not prioritise the wellbeing and needs of this country any more than we have seen Boris Johnson do.

Alternatively, we have seen Penny Mordaunt and Liz Truss put their hats in the ring both with promises of tax cuts. Such policy changes will reverse the efforts of a defensive Rishi Sunak who claims he was channelling the money towards funding the desperate NHS.

However, in my opinion, the underdog, Kemi Badenoch, is perhaps the best candidate. Although well-educated, Badenoch has a somewhat different background to the others having grown up in Nigeria. Formerly the Equalities minister, Kemi understands the struggles faced by the most vulnerable in our society. Her plans to have broad but focused tax cuts are indicative of her focus on not overpromising with the campaign slogan ‘It’s time to tell the truth.’ An honest politician? An honest Tory? Will she be the breath of fresh air this country needs or is she, albeit well-intentioned, too naïve to survive in the world of politics?

Can the Conservative Party survive?

Speaking from Downing Street, Boris thanked the millions of people who voted Conservative at the last election and said the reason he fought so long to remain in office was because “I thought it was my job, my duty and my obligation to you.” Frankly, Johnson’s recent actions and the lack of remorse in his resignation speech indicate the growing schism between his priorities and duties, and the needs of this country. Betrayed by Johnson’s dishonesty and ill-discipline, we must ask if any Conservative leader can be trusted to end the UK’s economic paralysis and successfully restore this country generally.

Johnson’s disregard for the rules and his disrespect to the country and to the mourning Queen the night before Prince Phillip’s funeral could perhaps be traced to his membership of the exclusive Bullingdon Club during his Oxford days, with their notorious reputation for trashing restaurants and student rooms alike. Moreover, Johnson’s consistent wanton disregard for the interests of the nation in both his departure and in government, illustrates the dangers of allowing him to remain in the role as caretaker PM. Such a choice will cause further irreparable damage to the Conservative Party, the economy and this country, but crucially the policy changes we require should not be decisions taken by such an untrustworthy character.

In his resignation letter, Sajid Javid recognised that “sadly … the public are concluding that [the Conservative Party] are now neither [popular or competent]” and unsurprisingly many are fearful for the future of the party. However, with a general election over a year away, there could be a possibility that the Conservatives regain the country’s support if they select the right successor. This calamity could be a second chance for the Conservatives, as the prospect that the party would be facing a terminally damaged Johnson at the next general election has collapsed. His departure gives the Conservatives a chance to reset and attempt to present a new face to the electorate; an opportunity to claim that the problems with this government all start and end with Johnson. This argument is increasingly difficult for them, but it is certainly one they will attempt to make so the question will be whether the electorate are convinced. Afterall, the Conservatives saw off the threat of Corbynism, broke the deadlock on Brexit, saved jobs with the furlough scheme and delivered the rollout of the vaccination programme, but has this all been overshadowed by the constant scandals?

The current political volatility could be indicative that after 12 years, the country may return to a Labour government following the next general election. Starmer described Johnson’s resignation as “good news for the country” but it will be interesting to see if the Labour leader himself can recover the UK economy from the “profound” damage caused and the worst cost-of-living crisis in decades. However, the opposition party is waiting to see who emerges from the Conservative leadership contest – whoever does will surely lead the Tories into the next election. It will then be necessary to see how well Starmer is able to critique the fundamental approach and ideology and, crucially, convincingly set out the alternative.

Given the insurmountable evidence of continual abysmal behaviour from the Conservative party, there is no doubt in my mind that they will not execute the job well. Despite his being better intentioned, I still have doubts whether Starmer would do a better job. Regardless, there is a vacancy behind that gloomy black door at Number 10 and the race is on to see who wins… and how long they’ll stay!