Muse ‘Will of The People’ Review : My expectations were low, and yet…

Charlie Hancock reviews Muse's latest album. She doesn't like it. 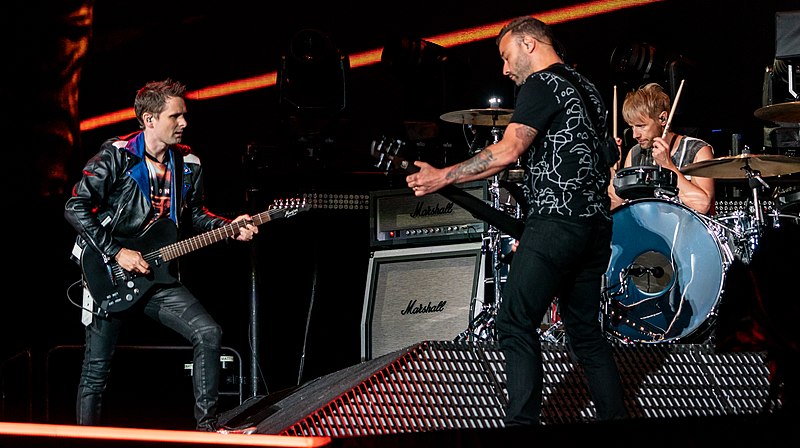 Muse are the kebab van falafel wrap of the music world. It seems like a nutritious option, but don’t let the salad trick you into thinking you’re eating less salt than your friend who has kebab grease on their face. But sometimes that’s just what you need: something cheap which soaks up the booze without making you wretch. I’ve long since given up looking forward to new music from Muse, because they can’t even manage to do that anymore. My expectations for Will of The People were low, but clearly should have been lower.

With a title that gives me flashbacks to interminable debates about the meaning of the Brexit vote, Will of the People is – unsurprisingly – a political album. Should we be looking to rock bands for nuanced discussions about the current socio-political climate? Perhaps not. But we shouldn’t overlook the power of art to articulate the mood of a time and give people hope. The only thing Will of the People will give listeners is a headache.

Maybe I’d enjoy this album if I just switched off my brain and took it for what it is – ridiculous. Alas, I can’t do that.

The title track which opens the album is about standing up to The Man™. Who is The Man™? Why are we supposed to stand up to them? I don’t know. If Matt Bellamy knows, he doesn’t tell us. Most of Muse’s prior political output falls into this trap. They want the prestige of being a band with something to say, without taking the risk of upsetting people. But previous songs made up for that. While the similarly vague Uprising reverberated with revolutionary energy, Will of the People is the musical equivalent of blowing raspberries at [insert politician you disagree with].

That points to the biggest problem with Will of the People. We know Muse can be better than this. Yes, they’re frequently silly and aren’t exactly subtle. But the Teignmouth trio are some of the most virtuosic musicians on the charts. The way they blend baroque textures with Rachmaninovian piano flourishes and majestic vocals can be epic at best. I can even forgive some of the deficiencies of previous albums like The 2nd Law and Drones because when these guys are good, they’re incredible.

But most of this album is a forgettable mash of different styles. Liberation feels like a Queen song people don’t talk about because there isn’t much to say about it. Compliance is a return to Simulation Theory’s insipid attempt at synth-pop. Any life these songs may have is drained by colourless production, each track leaving you as cold as the last.

That said, thee clear highlight of Will of The People is Kill or Be Killed. With its dense guitar work and tensely climbing bridge it feels like it would fit on Origin of Symmetry or Absolution. It’s one of the few songs where all three band members get to show they still have serious talent. Accordingly, it underscores how limp the other tracks are.

There are parts of the album which are actually about something, even if the lyrics are frequently clunky. Verona is about how the pandemic forced people to be apart from the people they loved, but feels emotionally anaemic. Ghosts is about people who lost their partners in the pandemic. It’s a perfectly inoffensive ballad. But like similarly inoffensive ballads on Eurovision, it gets mowed-down by the sheer batshittery of You Make Me Feel Like it’s Halloween coming immediately afterwards. Apparently, this song is about the terror of being trapped with an abusive partner during lockdown. Well done to the boys for trying to write about such a serious subject. I just wish the music didn’t sound like it belongs on Scooby Doo.

Again, this is disappointing because we know Muse can do better. They tackled abusive relationships in Hysteria and Stockholm Syndrome to great and claustrophobic effect. I’m all for not taking oneself too seriously. But there is a time and a place, and this ain’t it.

One place where not taking oneself too seriously nearly works is the closing track, We Are Fucking Fucked. I say nearly, because while it’s impossible to take a song which includes the word “fuck” twenty times seriously, the song sounds otherwise sincere. This may be the point on the album where they best capture a particular mood. Will of The People dropped on the day the energy cap leaped to £3,549. Lots of people are feeling pretty fucked at the moment.

Will of the People is a mess, both musically and lyrically. Once my frustration with it cleared, the main emotional response I had to these ten tracks was boredom. ‘Boring’ was never a word you could use to describe Muse. Bellamy may actually have described his own album when he wrote the line “you make me feel like it’s Halloween”: you’re promised thrills, yet end up with nothing but cheap tricks.

At least we still have Black Holes and Revelations.