A folly in vain

Monty Jones takes us through his first encounter with the modeling world. 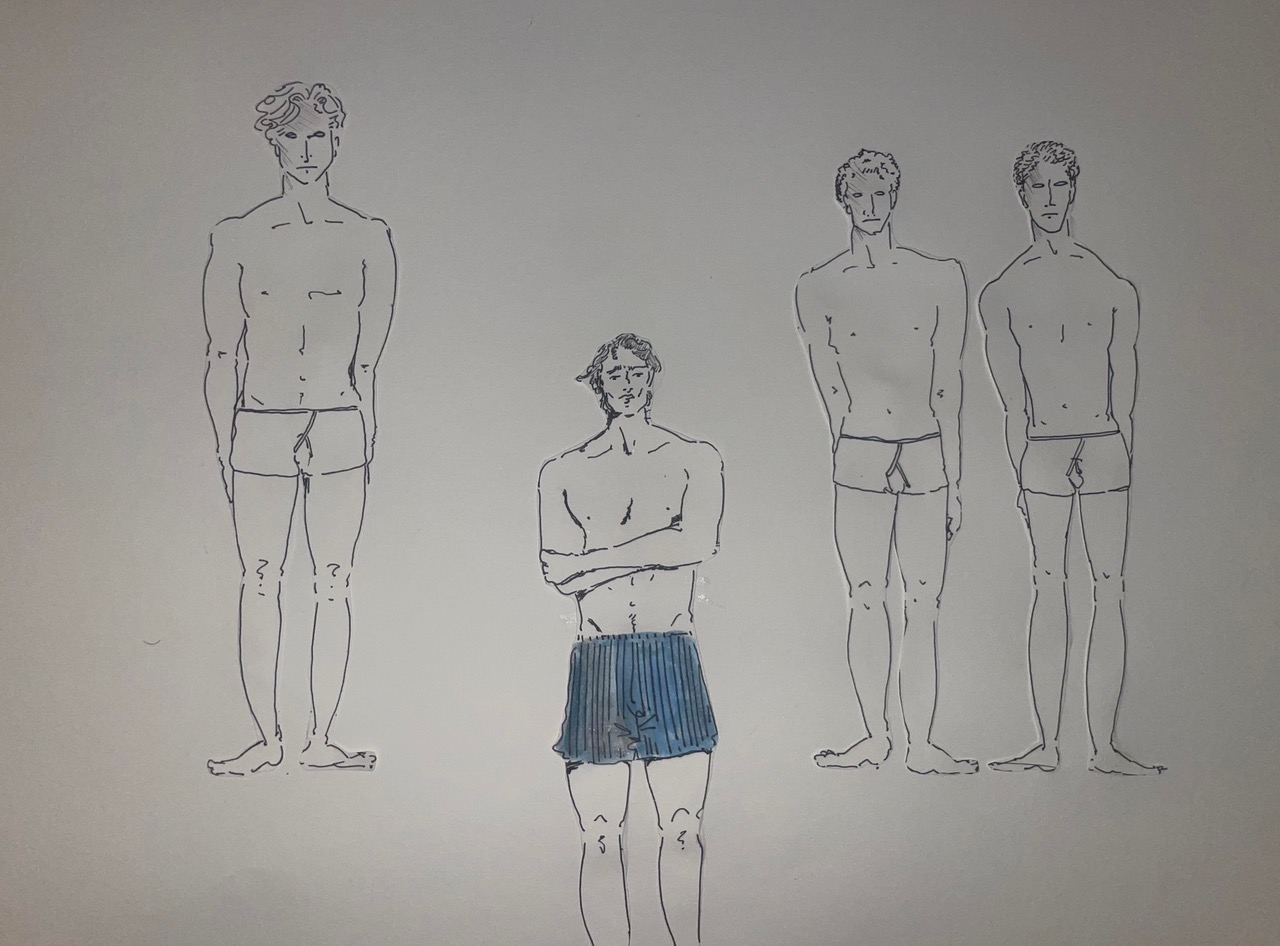 Surrounded by serious suited men on their way to their serious jobs I rest my head awkwardly on the shared table feeling the rhythmic jolts of the tracks as I look down at my feet and try not to throw up. I’m not convinced there’s a state worse for the temperament than being hungover on the train. I travel back up to Oxford only a day after my arrival weary and defeated, like a vanquished soldier returning from battle, I remember the journey to the front yesterday morning, full of anticipation.

I’d let just about every person who’d already arrived in Oxford unfortunate enough to cross my path know of my impending escape, slipping it, ever so unsubtly, into every conversation;

“Sorry man, I wish I could, but I’ve got to head down to London for this modelling thing tomorrow”

“yeah” I exhale, feigning reluctance, “not much I can do, agent’s making me”.

In reality all my agent had done was casually mention at the end of an email that “some casting call for a modelling job had come up…. if you fancied it” and I had flung myself at the opportunity. Acting and writing sound just about serious enough to suggest a potential career or at the very least the pursuit of some artistic value but with just the faintest scent of high fashion’s superficial allure I had been totally seduced and very willing to escape the stress and toil of Oxford to spend a day mingling with the beautiful and carefree. This, I thought as the tannoy announced our approach to Paddington and I reclined into my seat with a smile, must surely be the life.

I very quickly discovered the kind of life I had really stumbled into less than an hour later when I found myself in the cold expanse of a studio space in soho standing in nothing but my underwear. My choice of blue boxers, made with the same daily impression that I would be the only person to see them, was suddenly called into question as I looked around a room full of taller better-looking versions of myself in tighty whities. They all had a certain ineffable “look” a particular crook of the nose or sharpness of the jaw to accompany the compulsory physique of someone who had never quite found the point of food, like aliens a couple of steps up the evolutionary ladder. With a cluster of unsmiling casting agents approaching, all dressed entirely in black and with varying shades of bleached hair, I half expected to be probed. Instead, they silently looked me up and down as if making a dubious assessment of a secondhand car. I offered my best attempt at a disarming smile. It was not reciprocated. Never had a morning lecture sounded so inviting.

The day proceeded as a series of endless lines parading back and forth, adorned in seemingly endless variations of every possible garment, in front of the same blank faces. By the time they announced the casting was over and we all filed out into the street the light had drained from the sky. Exhausted despite a day spent doing very little I leaned headfirst against a lamppost imagining I was in my room at Oxford spending the evening pleasantly procrastinating over an essay. Then someone tapped me on the shoulder. The compulsion to save a day by going out at night is almost always a miscalculation, the bill for the first round of drinks at the club in soho I was dragged to all but confirmed it. It turns out what models lack in appetite they make up for in the ability to consume vast amounts of impossibly expensive cocktails. I woke the next morning on the floor of a shared flat stepping over the beautiful sleeping faces of people I could not recollect meeting and did not want to meet again and staggered back to Paddington.

I looked out of my train window as we pulled into Oxford with a renewed appreciation for the old place and a powerful motivation to start work in the knowledge that I certainly wouldn’t be embarking on a modelling career post-graduation. This year, I considered solemnly, will be one of diligence and consistency. It was at this point as I got off the train that my phone rang, a shrill torture to hungover ears and recognising  my agent’s number picked up reluctantly.

“Hey, how’s it going?” he asked, moving on before I could answer “and how do you feel about a trip to Italy next week?” I paused for a moment considering the week of important work ahead and my commitment to being sensible and staying in Oxford, “sure” I replied, wincing into the sun as I left the station, “why not?”.
Image Credit: Gracie Oddie James.