Covid, War, Climate change: the end of our globalised world?

Johannes Moerhle looks at the problems of globalisation. 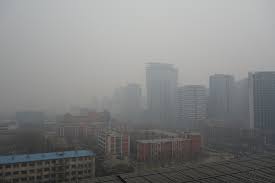 The last three years have presented us with a series of events that have shaken the world to its core; therefore, it went through irreversible changes that might alter the functioning of our globalised world. For those who haven’t guessed, I am referring to the Covid pandemic, the ongoing war in Ukraine, and the consequences of climate change. Looking at the rapid succession of global crises, it seems that the stars have aligned to weaken an interconnected world that has taken decades to build.

Before the pandemic, it seemed like the only enemies of globalisation were protectionist and populist politicians and ideologies, which were gaining traction in most western countries. Euroscepticism has progressed in all EU countries, Brexit being the most obvious manifestation of it; across the Atlantic, even before Trump and the MAGA movement, the United States of America started slowly retracting from the world stage. Whilst many of us first opposed these protectionist tendencies, the past three years have changed our opinion on how we engage with other countries. In many cases, cooperation with a foreign power has become synonymous with dependency.

The pandemic is the first crisis in line that has revealed the fragility of our globalised world. When international cooperation should have helped, it failed us. In the spring of 2020, countries worldwide set aside their ideals for better cooperation and solidarity in their attempt to secure their reserves of masks and ventilators. Even the government of former German chancellor Angela Merkel, a figurehead of a united Europe, ordered a ban on all exports of medical material to its neighbouring countries. Less than a year later, similar disputes resurfaced regarding the distribution of vaccines, where again, nationalism trumped cooperation.

The worldwide outbreak of Covid-19 also destabilised entire sectors of the world economy and disrupted international cooperation. Supply chains were interrupted since countries we relied on for all sorts of spare parts and materials locked down and closed their borders. The pandemic revealed how much we relied on other countries to produce the most trivial objects. It put the production of cars, computers, bicycles and many more essentials on hold, and as countries experienced successive infection waves, our international supply chains proved to lack resilience. China’s zero Covid policy, for instance, has repeatedly brought to halt the production and exportation of their products. The closing down of Shanghai, home to the world’s busiest container port, in April 2022 created a logjam that was felt globally across all industries.

Vladimir Putin’s recent invasion of Ukraine, and the ongoing war that has resulted from it, represent another shock to our perception of a united world. Indeed, since the end of the Cold War, tremendous efforts were directed towards the integration of the former USSR into the Western globalised world. In 2001, the German government handed Putin the rare honour of addressing them on their home turf in the  Reichstag. There he spoke of European and world unity and expressed the wish to turn the page of the Cold War for good, saying that “For us (Russians), the Berlin Wall doesn’t exist anymore”, and that “the peace and unity of Europe should be a precursor to the peace and unity of the world.” Nevertheless, the hope for stronger cooperation with Russia started crumbling within the next decade. First, in 2014 when the annexation of Crimea created a diplomatic shift between western powers and Russia, and now, with the war in Ukraine, it looks like we are back to square one, albeit that we have developed a strong dependence on Russia from which we can’t seem to free ourselves.

Europe has come to rely on Russian gas so much that it is now fearing a winter of cold and shortages since discovering that Putin is capable of using his position to turn the taps off. Even the strictest sanctions imposed on Russia seem to be dwarfed by the millions Europe sends to Russia every day as they hope to get through the coming winter. In the UK, it is not Russian gas on which we rely so much, but Russian money. Indeed, close allies of Putin have been investing in the London property markets for years, buying up football clubs, and donating to politicians’ campaigns and their parties. In both cases, whether money or gas, it gives Putin the upper hand to know that we cannot seriously harm him without harming ourselves.

The relationship between the West and Russia has already disintegrated, but another diplomatic and economic bomb is waiting to explode: our dependency on China. If we’re having a hard time separating ourselves from Russia, we should start to face the fact that any attempt to distance ourselves from China will be considerably more arduous. Since China opened its door at the end of the last century, we have relied on its cheap labour and industrial development in nearly all sectors. China has become the leading import partner of most western countries, making us dependent on it and powerless against it. Most of our technological devices, clothes, nuclear reactors, and means of transportation can be traced back to China: a country with little regard for human rights and an aggressive approach to international law yet one which remains impossible to sanction economically.

In recent years, Western powers have issued moral condemnation about the human rights abuses in China: whether it be the situation of the Uyghurs minority, the encroachment on Hong Kong’s democracy and freedom of speech, and the repression of anyone who dares to speak out against the Communist Party. Nevertheless, when it came to taking action, they were powerless, and our leaders could only go as far as boycotting the opening ceremony of the 2022 winter Olympics. The incoming PM Liz Truss has promised a tough stance on China and considers the country an official national security threat; similarly, the new German government is reconsidering its China policy. Nonetheless, there isn’t much either of these governments can do to reduce their dependency on China without limiting trade with it.

We are in a situation where refusing to import any goods from (or indeed export goods to) China would be economic and political suicide for our leaders. This fact is becoming increasingly worrying as the mainland Chinese government repeatedly threatens Taiwan’s freedom. This insecurity is why the United States has started investing massively in its own production of microchips and semiconductors, as they feel that relying on China or Taiwan for these key technologies is no longer possible. Similarly, for the first time since the iPhone’s creation in 2007, has Apple decided to shift its production to India, a proof that the trust in China is crumbling because of its repeated lockdowns and its aggressive foreign policy.

If a pandemic, a war, and diplomatic tensions are not enough to weaken our trust in a global world, the consequences of climate change might force us to stop relying on others. Droughts, heatwaves, floods and other extreme climate conditions in remote parts of the world significantly impact our supply chains. Last month, a record-high heatwave and a drought in southwestern China forced factories in an entire region to shut. The water in the Yangtze River was running at an all-time low, meaning that factories and ships could no longer use its water for cooling and navigation, which delayed the production and transportation of goods. Such climatic incidents have global repercussions as they freeze supply chains for a significant proportion of the automobile and electronic industry, sectors which have already suffered from instabilities throughout the pandemic.

Considering the past three years, the pandemic, the war, and the perceptible consequences of climate change, it seems unimaginable that we continue to trust the global nature of our world. We have learnt the hard way how partners can turn into enemies, how our global economy depends on the environment, and how different handling of a health crisis could lead to the collapsing of entire supply chains. Whilst the solution is not to barricade ourselves from others, it is also time to reconsider how we cooperate with others. For years, we have looked abroad for more and cheaper, yet as pleasant as this was, it seems that we cannot continue to rely solely on others’ resources and labour, independently of their political, environmental, and social situation. In the future, it would be foolish not to consider more than just a country’s economic attractiveness without asking ourselves whether some trade deals won’t leave us more vulnerable in the long run.