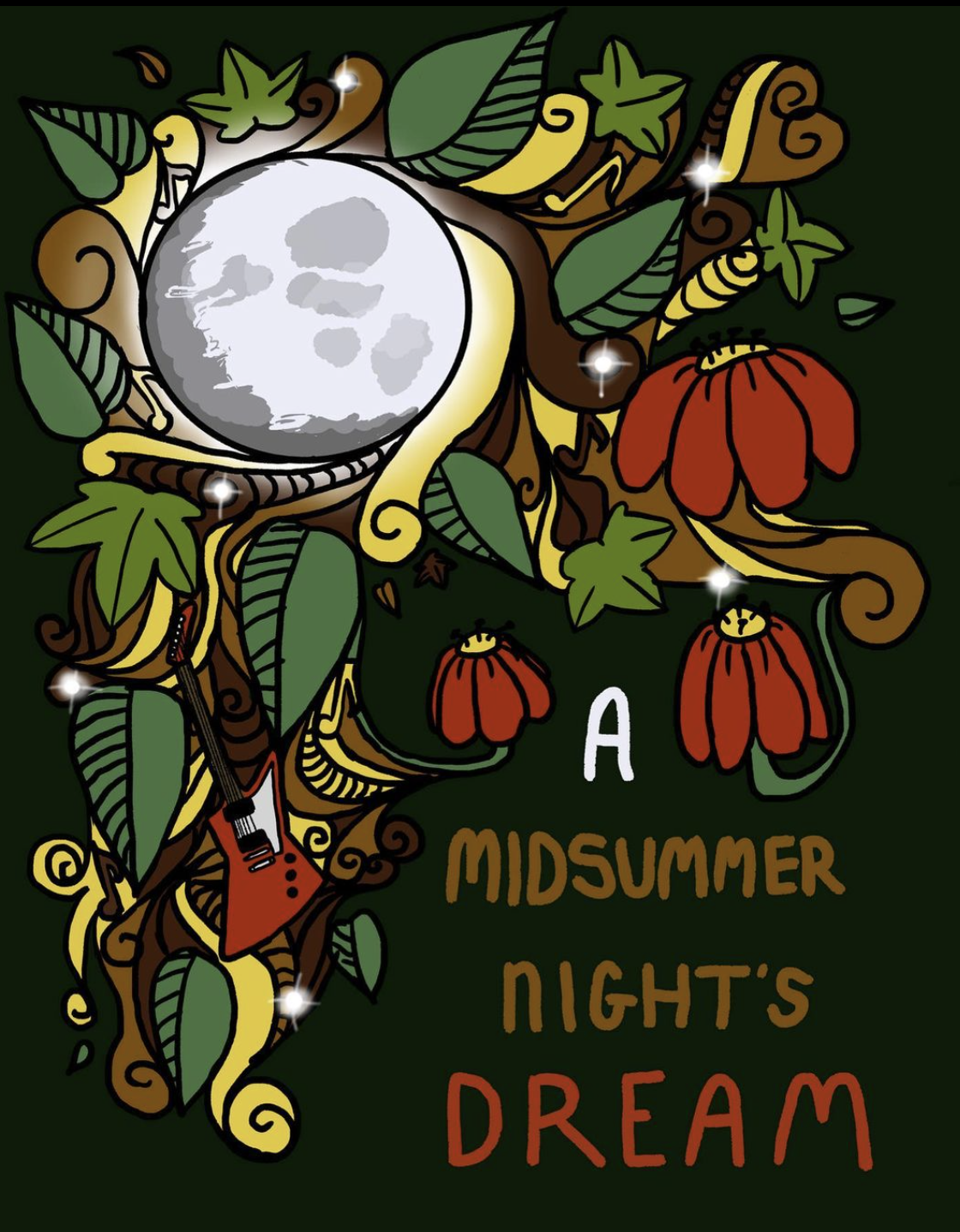 If Shakespeare lends himself well to adaptation, then A Midsummer Night’s Dream (1595-6) is possibly the most naturally adapted of the bard’s plays. From the 25-29th of October, Oxford’s own Honest Fool Productions put on a psychedelic, ‘70s-inspired’, adaptation of A Midsummer Night’s Dream at the Michael Pilch Studio. A narrative of unrequited love, fairy trickery, and timeless humor, the show follows the four young lovers Hermia (Lydia Free), Lysander (Matt Sheldon), Demetrius (Lorenzo Harvey Allchurch), and Helena (Darcey Willing) as their lives and relationships intertwine in the depths of the woods.

A Midsummer Night’s Dream seems perfectly suited to a  ‘70s reworking : the mischievous fairy Puck (Leah Aspden) casts spells on the lovers and engages in general fairy mischief while the mystic setting of the woods creates the perfect arena for the kind of hallucinogenic atmosphere that Honest Fool Productions advertised. However, what they delivered on the stage was slightly lack-luster.

The set consisted of  a single mattress with an iron bed frame center stage, bedecked in fairy lights and colorful flowers. The set design by Teagan Riches is to be applauded: the mattress became the central axis on which the show spun, giving the actors space to move and creating a clear background and foreground which gave the stage a sense of complexity, appropriate for the ever-changing settings of the play.. The costuming, by Anna Stephen, Helny Hobbs and Madi Hopper, was another successful technical element of the performance – not overdone and yet engaging – including leather jackets and combat boots for Peter Quince (Alex Bridges) and his players, and hippie-inspired  skirts and blouses for the four lovers.

The performers delivered their roles with distinction. Leah Aspden’s Puck and Darcey Willing as Helena were some of the stand-outs, and the rest of the cast performed their roles with the kind of energy and excitement that makes student theatre so special. However, the production itself sometimes strayed too far into the psychedelic and the cliché. From long montages of magic, or drug-induced weirdness that were increasingly difficult to follow, the production seemed to lose its footing the further it tried to stress its ‘70s inspiration.

The first half of the show was engaging, introducing the audience to the hippie- and punk-inspired world they were creating, but after the interval the narrative became lost in the forced humour and slightly contrived emotional moments. Aspden’s final monologue as Puck, tears mixing with the glitter on her cheeks, although beautifully delivered with a tenderness of voice and enchanting inflection, would have been significantly  more powerful had it not followed an over-the-top rendition of the players’ performance of the tragedy of Pyramus and Thisbe. What is usually the peak of Midsummer’s comedic potential, became almost incomprehensible for all of the emphatic loudness of the scene—from the actual volume of voices to the overdoing of performances. Though this scene is always intended to be riotous and larger than life, Honest Fool Productions spun it out of control and recognition.

Simply put, Honest Fools Productions’ A Midsummer Night’s Dream was full of good moments and drew more than its fair share of laughter and wonder from the audience, but it slowly descended into a flurry of activity that was at once too fast and too slow to follow. That being said, it is rare for student theatre to exhibit such a strong command of Shakespearean language and such a free, passionate display of that strong command, and for that the actors are worthy of much praise. As well,  for the technical elements which helped achieve the production’s vision, the show suffered only from its descent into the overdone—not from a lack of talent or ingenuity.