Antonia Sundry explains why she is boycotting the World Cup. 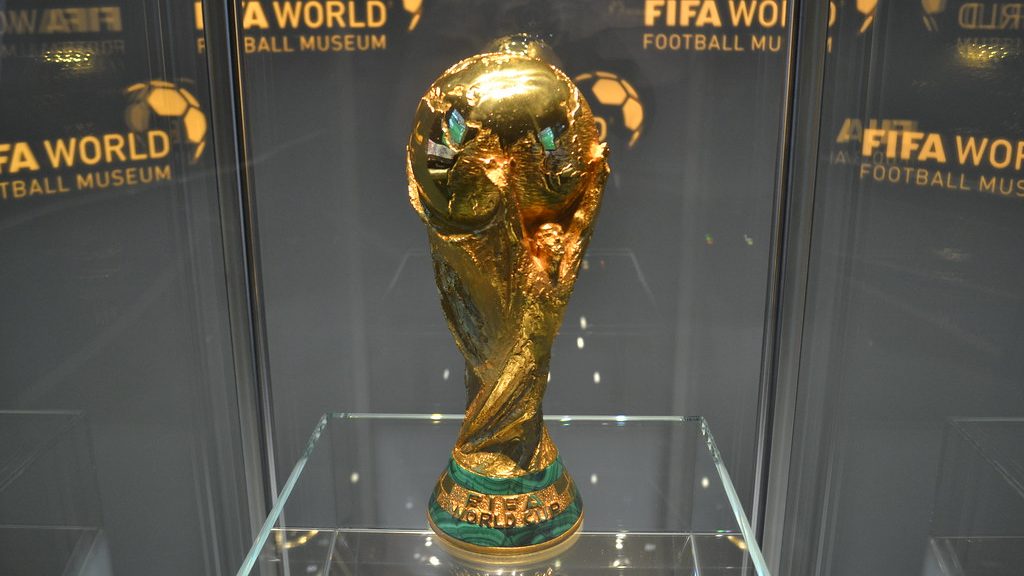 As I am writing this, the first match of the world cup has just started. If you maintain any contact at all with the outside world during term time, you will have heard the reasons why many are not watching that or any other matches this tournament the cruel treatment of migrant workers (including the shocking estimated death counts), the lack of rights and protection granted to the LGBTQ+ community and the allegations that representatives of Qatar bribed FIFA to host the event.

Even though I have never played football myself, nor followed it in detail throughout the year, I have always loved the World Cup (as well as the European championships). Many of my happy childhood memories are of staying up past my usual bedtime, watching games with a changing group of friends – I even remember the 2006 world cup, despite not even being 4 years old at the time. Throughout the years, I have been ignorant of, or chosen to ignore, many of the darker sides of the sport, the world cup and FIFA: the gap in pay and attention between men and women, the fact that men’s football still has not succeeded in creating a safe space for gay players to come out and the impact that the World Cup in 2014 had on Brazil’s infrastructure. When the World Cup was held in Russia in 2018, a country with a government which, although it had not yet started a full-blown war at the time, had already illegally annexed Crime, I still watched it. Since I have been alive, the World Cup has never been an unproblematic event and maybe I should have drawn the line earlier.

But I am drawing the line now. And as much as I understand wanting to look for justifications to continue watching the matches and supporting the players, I think everyone should be drawing that line. If your answer to this is that football is just a game and should not be about politics, then I say that is exactly the point. Football is a game and should not be a means for autocratic governments to gain influence and attention. It should not be played if the price for it is the death of thousands of workers. The tournament should not require homosexual players and fans to put their safety at risk to travel to it. Football is simply not important enough for such sacrifices to be made.

Of course the problems with migrant working conditions and LGBTQ+ rights in Qatar do not start and end with the World Cup and most of us have ignored them for years. Indeed many other countries do terrible things too. However, the sad reality is that we will inevitably be acquiescent to many injustices in the world because we have limited time and mental energy to fight them. What everyone can do is refuse to actively play into the cards of those oppressors. Russia hosting the 2018 World Cup may well have been a mistake too but the issues were not as directly connected to the tournament. Again, this is about the safety of the players, the fans and those working to make the event happen. By watching I would support a tournament which is not simply happening in an unjust country but which is causing grave injustices itself.

Obviously the many of those involved, namely the players, are largely innocent in all of this. I understand that this is their job and that the decision not to go to Qatar is a much harder one for them to make than for a fan. I do not fault them for playing, especially those who have spoken out against Qatari officials’ stance on LGBTQ+ rights and are finding small ways to protest. But while it is reassuring to know that many players and national football associations are not simply accepting the direction these tournaments are going in, it does not change my decision about not watching it. If nothing else, this is about the safety of those involved. In a ‘danger index’ compiled by Asher & Lyric Fergusson, Qatar came in at rank 190 of 203 when assessing the safety of queer people. While they are no openly queer players at the World Cup, LGBTQ+ people, whether they be players, fans or otherwise involved, are travelling to Qatar during the tournament.  Unfortunately, to support them is to support them being put at risk.

One of the more uncomfortable questions one has to ask about boycotting is whether a less ‘problematic’ World Cup would necessarily mean hosting it in a western country. Are we imposing western values on a sport which clearly should not be a monopoly of the west? This may be true more generally, but I don’t think this is a case of imposing values.   asking a government not to impose their subjective moral values. This is not about the culture in Qatar, it is about legal protection of fundamental rights. Of course diversifying football and the nations who host the tournaments is a goal worth supporting, but that cannot stop us from imposing minimum standards of safety for everyone involved.  It has to provoke a conversation about giving hosting rights to nations who do not have the required infrastructure and no use for that infrastructure once it is built. This seems to be one of the main lessons from this year’s tournament: diversity in hosting nations is important, but it does not justify every and any sacrifice. And it does matter whether you watch it or not. Obviously, boycotting won’t bring any workers back to life or make the Qatari government change its human rights laws. A large proportion of FIFA’s revenue comes from selling broadcasting and marketing rights, it lives off of the support and interest of fans. It is important to show that that support is not unconditional and that the football community will not just continue to put money in FIFA’s pockets regardless of what they do with it. Watching the World Cup and thereby supporting those who are paying broadcasting rights to FIFA is sending the wrong message.