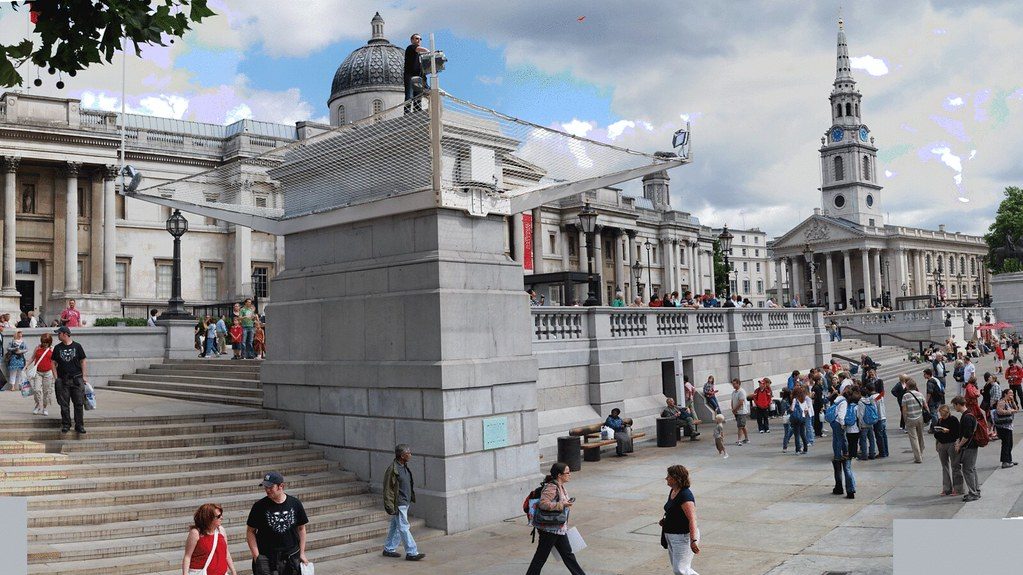 One of Oxford’s own, Professor Samson Kambalu of Magdalen College, is the current laureate of Trafalgar Square’s Fourth Plinth. As something that embodies the diversity of British identity, his statue, Antelope, is a direct challenge to Oxford’s own statues. It highlights that the university is as static as its statues, stuck in a bygone era of so-called colonial glory. Now, Antelope represents an opportunity to develop, expand, and enrich Oxford’s global identity.  Instead, it is doggedly silent on the topic, only acknowledging Kambalu in a brief website news update. This embodies a more deep-rooted apathy to confronting the most difficult conversations. The whole university should be proudly knowing of the nationally significant work of Samson Kambalu. Instead, I’ve spent more time explaining who he is over the last few weeks than having vital discussions on what is more important: a fauxlanthropic Gormley with genitalia greeting the Broad Street masses or persistent challenges to the colonial past through building a lively, diverse array of sculptural identity.

Statues are complicated in Oxford. In 2020, debates were re-sparked by the Black Lives Matter protests that dominated High Street where Oriel’s Rhodes looms. Now, the conversation can celebrate Kambalu’s art but dialogue barely exists; are we still not at the point of replacing Rhodes with Kambalu’s socio-politically powerful figures?

When conversation occurs, it is bound by counter-productive left-right politics that stymies debate: The Times called Antelope a ‘disappointing history lesson’ whilst the Guardian calls it an ‘anticolonial hero statue’. Majestic and dauntless – unlike Rhodes’ bowed head – pan-Africanist John Chilembwe and European missionary John Chorley represent something that is far more educational and conversation-opening. The two papers’ diametrically opposing takes on the statue illustrate that we are still unable to celebrate diversity instead of idolising colonialists.

Kambalu has said that “Antelope on the Fourth Plinth was forever going to be a litmus test for how much I belong to British society as an African and a cosmopolitan. This commission fills me with excitement and joy.” This joy had been very, if briefly, present in Oxford; the Professor had an exhibition, New Liberia, in Modern Art Oxford where a maquette of Antelope was on display as well as in Magdalen’s Fractured Republic display.  For now though,, the trip to London must be made to see the statue. This raises questions of Kambalu’s relationship with Oxford – surely there should be a permanent version of Antelope in Oxford? I was interested to know how much dialogue the Professor had had with the university to scope what Antelope meant to an institution founded on colonial iconography. In an emailing discourse, Professor Kambalu made it clear that he must “let the work do the talking” and declined to disclose his level of communication with the university. Is Oxford still hooked on its “dodgy” history? Will there never be the “imperial showdown” (The Guardian review of Antelope) that Antelope calls for?

We’re still waiting for university-wide discussion. In 2020, the Oxford Zimbabwe Arts Partnership proposed an anti-rhodes, anti-colonial statuesque celebration of diversity but the art project was swiftly shut down by the university. An OZAP Facebook post from June this year indicates that ‘Oxford & Rhodes: past, present & future project is still in progress’ but the university is still quiet.

On the whole, however, Antelope has been widely successful, provoking much healthy debate. Kambalu’s art invests in conversations on a better future but for now, Oxford remains stuck in its “dodgy” past.