The House of Lords – Necessary reform? 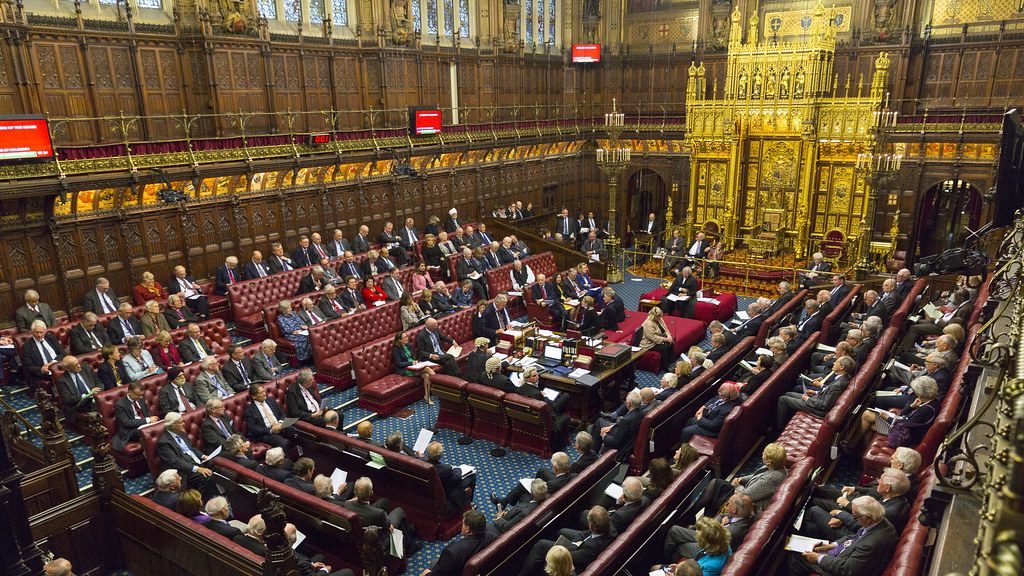 A recent YouGov poll[1] confirmed that the most important issues for Britons are; the economy, an overstretched NHS, and a beleaguered immigration and asylum system. Unsurprisingly, major constitutional reform is not high on the list of priorities for the average voter.

Yet the Labour Party has placed major constitutional reform on their agenda for the UK. The leader of the Labour Party, Sir Keir Starmer, and former Labour prime minister, Gordon Brown, have joined forces to make the abolition of the House of Lords, the upper chamber of the UK’s parliament, a “radical” centrepiece of the Labour Party’s 2024 election manifesto[2]. Sir Keir has described the House of Lords in its current incarnation as “indefensible”[3] and pledged his commitment to abolition “as quickly as possible”[4]. In its place would stand a democratically elected assembly of nations and regions.

The issues with the House of Lords

Admittedly, there is credence to the criticism that the Lords has become unjustifiably bloated in size and its composition unrepresentative of the UK. For instance, the size of membership is north of 800[5], which makes it globally second only in size to the Chinese National People’s Congress (which caters for a country of over a billion people), and the size dwarfs the 100-member strong US Senate. Not to mention that the average age of a sitting peer is 71 years[6].

There are also undeniable problems related to the manner of appointment. Despite the enactment of the House of Lords Act 1999 by New Labour, which removed the entitlement of most of the hereditary peers to the Lords, there remain 92 peers who trace their role in the legislative process of the UK to their birth[7]. The current system also places no real limits on the number or quality of members who may be appointed to the chamber by the prime minister. Despite the existence of the independent House of Lords Appointments Commission, which vets party political nominees for propriety, the vetting criteria is relatively narrow and the recommendations are not binding on the prime minister [8]. For example, in 2020, Boris Johnson could simply overrule the concerns raised by the Commission over the appointment of Peter Cruddas [9]. These shortcomings have ultimately led to concerns that appointments to the Lords have been “rather profligate”[10] and led to “unchecked political patronage”[11].

Advocates for abolition also focus significantly on the need to allow the nations and regions of the UK to be better represented. But, it is not clear that a democratic upper chamber, like the one in Labour’s proposal, would be able to deliver on this ideal. Voter engagement in the UK is consistently at a level lower than at most points historically[12], casting doubt on whether there is an appetite for yet more elections. One would need to carefully define how the chamber would interact with the devolved assemblies so that there is not a conflict of responsibilities, and there would be a danger that the party-political candidates nominated would simply duplicate the current diversity of sitting MPs, which one may argue is not adequately representative.

The case for retaining the House of Lords

Yet, there are more fundamental critiques of the case for abolition, especially in light of the idiosyncratic role that the House of Lords serves in our constitution. It is precisely the Lords’ uniquely unelected character and sui generis composition that enables it to enrich our dynamic political constitution.

Firstly, the House of Lords is conventionally known as the ‘revising chamber’, given that its primary remit is to scrutinise and amend legislative bills drafted by the government. In this manner, it serves as a pivotal check on the power of government and functions as an effective counterbalance against elective dictatorship by preventing bills from being passed with minimal scrutiny by the party-political House of Commons. An elected upper chamber would upset the Lords’ remit in balancing the House of Commons. Currently, and indicative of its mature average age, the Lords is composed of a panoply of personally distinguished experts in their respective fields, from politics, the arts, finance and manufacturing, which can lead to debates of high quality and a broad level of intellectual firepower. It is this that makes peers uniquely positioned to temper problems with proposed legislation, maximise legislative effectiveness, and hold the government to account in a way that elected representatives may not be able to do. This is epitomised by how the Lords’ Secondary Legislation Scrutiny Committee was able to prevent a statutory instrument from being instituted by the government that would have slashed billions of pounds of welfare payments without a debate on the issue in the Commons[13].

Secondly, the unelected nature of the Lords facilitates independent thinking as members are free from the constraints of party whips or the ever-present threat of re-election, both of which affect the decision-making of MPs. Indeed, currently about a quarter of the Lords’ members sit without party political affiliation – ‘crossbenchers’[14] – and even the ones affiliated with a party need not worry about defying the government for threat of expulsion given their security of tenure. These facets of independence combine to enable the non-partisan scrutiny of government bills, less rancour and more collaborative debates, and concerted cross-party work, allowing peers to obtain a more nuanced understanding of the minutiae of bills and how the law will impact the UK. For example, in 2020, the Lords defeated the government and the House of Commons in its bid to enact the Internal Market Bill on the grounds that the provisions would break international law and erode the UK’s international standing[15]. An elected chamber poses a distinct risk of sacrificing this expertise. In all likelihood, the electoral system, with its campaigning, canvassing and electioneering, would encourage seasoned political operators (former MPs and Ministers) of the major parties to run for election, leading to the most politically astute candidates or best campaigners, not necessarily the most competent, winning on party-lines at the expense of the most expert and nonpartisan professionals. This political bias could limit the industry-based capital of a second chamber.

Thirdly, Labour’s report has not made clear the precise power distribution and relationship that their second chamber would have with the House of Commons; this is problematic because a new chamber could challenge the primacy of the House of Commons. The members of the new chamber would have just as much legitimacy as the members in the Commons, which could lead to the expansion of the chamber from a revising one and the upsetting of numerous political conventions constraining the Lords. Hence, the proposal could risk legislative inertia from longer delays and the frustration of the elected government’s legislative agenda due to blockages.

A more pragmatic approach to reform

Instead of expending vast amounts of political endeavour on abolition, a more pragmatic approach would be to enact targeted reform to the existing model which would neatly preserve the Lords’ constitutional effectiveness.

Firstly, as opined by the Lord Speaker’s Committee in 2017, its size could be capped to around 600 members, which would make total membership slightly less than the House of Commons but large enough to allow it to maintain its current level of activities and expertise[16]. This is a sensible idea and akin to what happens in most legislative chambers globally. If appointments could only be made when there are vacancies or prime ministers could only appoint members from an annual party allocation, the numbers would remain stable and appointers incentivised to only ennoble those genuinely intending to make a contribution to the House. This limit could be complemented by a mandatory retirement age, modelled on the compulsory retirement age of 75 years imposed on the judiciary[17]. The corollary would be the continued space for new members, refreshing the Lords’ expertise with up-to-date business insight, and the maintenance of public confidence in the health and capacity of members to work.

Secondly, the House of Lords would greatly benefit from a more demanding appointment process and a more robust appointment commission. The independent House of Lords Appointments Commission could be endowed with a statutory mandate to veto ‘unsuitable’ nominations by the prime minister and political leaders. Buttressing this power should be more demanding propriety criteria, which could include requiring nominees to demonstrate a sufficient willingness and capacity to contribute to the work of the House of Lords. The robustness of the appointments process could be further reinforced by imposing on the Commission the duty to take account of the total number of appointments, overall size, and composition of the House (including peers’ political affiliations, geographic region of representation, and industry) when nominating members. These measures would take a leap forward in fostering a more fair and meritorious system and ultimately benefit the quality of law-making. It would lead to a broader pool of talent at the public’s service and enhance the legitimacy of the chamber without undermining the positive contribution that it makes to the UK.

It is, thus, accepted that the House of Lords is imperfect and would undoubtedly benefit from constitutional reform. However, Labour’s answer is regrettably to use ‘a sledgehammer to crack a nut’.