Ghosts of Christmas Past: strikes and parliamentary self-fictionalisation. 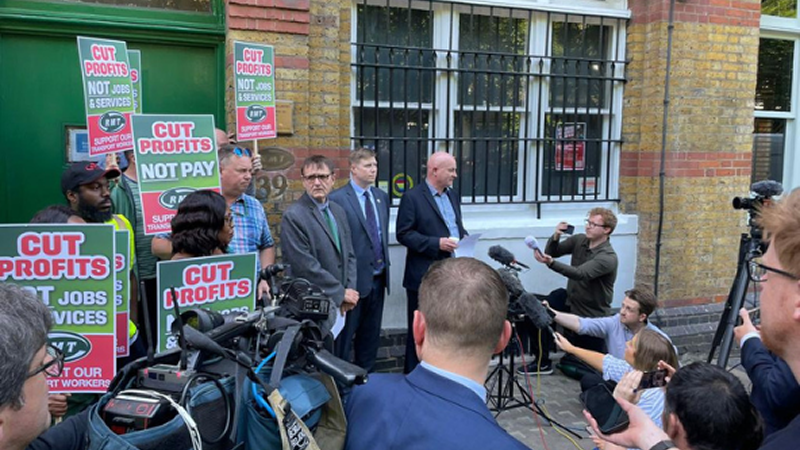 I can’t say I was thrilled to wake up on 1st December to discover that my only advent calendar this year would be the media’s very practical strike action timetable. This used to be the best month of the year when you were ten years old and it was acceptable to eat a load of chocolate for breakfast every day. It feels like we could not be further from this kind of December now, but perhaps there’s an unlikely point of comparison to be found.

There’s nothing magical about the way politics has been handled recently, but it is starting to recall that blending of fiction and truth which accompanied Christmas when you were younger.

With rounds of prolonged strike action drawing comment that we’re reliving the 1979 so-called Winter of Discontent, it’s hard to disentangle the truth of the present from emotionally loaded versions of the past. Then we have the fact that this is being dealt with by politicians who seem hell bent on creating a public personality ever since Boris Johnson made it, erm, cool. Combined, this is making for a political climate where narrative seems to be receiving at least as much focus as policy. Are these popular perceptions grounded in truth, or are they all mere fiction?

Strikes in the age of Amazon Prime seem anachronistic. It feels a bit like we’ve got used to teleportation only to wake up one morning and be told we’ve got to start walking to the shops again. The ultra-convenient has become such a norm that it’s weird to encounter weeks-long delays or to be told we just can’t get somewhere. But when a pair of lululemon leggings doesn’t make it before Thursday morning’s yoga class, maybe it’s a bit premature to declare that the nation has been gripped by strike-induced anarchy, identical to that of 1979. The way strikes left the country in chaos during the Winter of Discontent has given it an almost folkloric significance. It’s popularly remembered in images of rubbish piling up on the streets and the drama of its name alone means it’s always at the ready to be deployed to create a sense of dread. But perhaps that makes it all a bit too easy to grimly diagnose that history is repeating itself,  trapping us in a cycle of doom. The facts tell a different story: 29.4 million work days were lost in the Winter of Discontent, while only 1.74 million days are predicted to have been lost by the end of this year.

Worse than the speculation that we’ve just lost 43 years of progress in one go is the apathy induced by the term ‘wage push inflation’. Now stay with me here. Perhaps I’m being unfair, but doesn’t it sometimes feel like this phrase is banded about to be intentionally obscure? It’s an effective way of putting a stop to arguments that we should just give people a wage they can actually live off. Nothing shuts people up like the danger of being caught out for not understanding a bit of economic jargon.

I don’t buy into wage push inflation as the reason why we should all stand against those taking strike action. The argument goes that if a company increases the wages of its employees, it will then pass this higher cost of labour on to the consumer in the form of more expensive goods. If things are more expensive to buy, the worker finds that although their wages are now higher than they were before, they still can’t buy as much for their money. So real wages decline once more. However, that’s only inevitable if the cost is passed on to the consumer: if the company weathered a dip in profits for a while inflation would be unaffected. And that’s only in the private sector. Public sector wage increases are less likely to cause inflation anyway, because they aren’t related to the production of goods or services for a consumer. Nursing is an example of this.

Whether or not we should increase strikers’ wages is a matter of political opinion, rather than economic fact. So there’s no real need to sigh and say we’re in a quagmire, unable to increase wages because of the rules of inflation, unable to escape our twentieth-century national precedents. It is a matter of choice.

Moving away from the twentieth century seems unappealing to some members of the Tory party, though, which is becoming swarmed with its many ghosts of Christmas past. No one has better Dickensian credentials than Jacob Rees-Mogg , lurking in the backbenches. Then there’s the run of Prime Ministers who try and build a public personality for themselves based on famous former leaders. Boris Johnson’s admiration for Winston Churchill was well documented, and his performative gravitas when making speeches was surely to try and make his rhetoric reach for his idol’s.

Next came Liz Truss, the sheep dressed in Thatcher’s clothing. It is no coincidence that when her critics levelled the critical label ‘human hand grenade’ at Truss, she decided to embrace it. It recalls a certain Conservative party leader being condemned as an  ‘Iron Lady’ by a Soviet propaganda outlet in 1976. Thatcher adopted the title as her own, replying: “The Iron Lady of the Western World? Me? A cold war warrior? Well, yes – if that is how they wish to interpret my defence of values and freedoms fundamental to our way of life”.

Then there’s ‘the lady’s not for turning’ epithet, which Margaret Thatcher declared (and meant) after her own attempt to liberalise the economy in 1980 left many calling for U turns. In fairness to Truss I imagine resolve is a little easier to come by when your ideas are only causing a bit of public unpopularity  rather than a visceral reaction in the market as well. It nonetheless made Truss’s humiliation even more profound. Somehow ‘the lady who was not for turning but then in a matter of days did, in fact, turn’ is just not as catchy.

Which brings me to the point that Truss’s emulation of her chosen twentieth-century forerunner was not just about postulation like Johnson’s had been, but about policy too. Now I imagine that Johnson’s advisors were hard pressed to convince him that Laissez-Faire, or doing as one likes, was an economic policy rather than a relationship and lifestyle choice. Trussonomics, on the other hand, was an experiment in the same market libertarianism which Thatcher had believed in.

The Institute of Economic Affairs (IEA) was formed in 1955 to promote free market economics among politicians. In the 1980s, Margaret Thatcher clearly viewed it favourably, giving it credit for “creating the climate of opinion which made our victory possible”. According to the IEA’s own website, their proponents ‘believe that society’s problems and challenges are best dealt with by individuals, companies and voluntary associations interacting with each other freely without interference from politicians and the state. This means that government action, whether through taxes, regulation or the legal system, should be kept to a minimum’. This formed the bedrock of Truss’s economic policy. It is perhaps even more sinister that this thinking actually underpinned her whole presence of government, if slightly less directly. Jon Moynihan, director of the IEA, raised half a million pounds to fund Truss’s leadership campaign.

According to Nick Robinson’s Radio 4 summary of the Truss premiership, it all sounds a lot like a Tudor political coup. Much of the scheming for the mini budget took place at Chevening, in a big old building in the Kent countryside in the summer before she became PM. There Truss and her closest advisors discussed how to remove ‘treasury orthodoxy’ in order to cut taxes and promote growth as per the free market thinking she subscribed to. Ideally, this would entail a boycott of the Office for Budget Responsibility (OBR) which George Osbourne established to make sure ministers’ economic plans were approved by an independent regulator before being put into place.

Truss and her friends at the IEA thought this was all a bit of a waste of time. They saw it as a restraint on freedom, rather than a necessary barrier between the public and untested ideas of, say, a tobacco and fuel industry funded think tank. Right. Why use forecasts when you can just put in a policy and hope for the best? Tanking the value of the pound and forcing the Bank of England to stage a £65 billion pound intervention just wouldn’t have been as exciting if we’d seen it coming. God forbid that it might have been avoided altogether.

Jon Moynihan is not a fan of Rishi Sunak, just falling short of blaming him for the Tory party ‘socialism’ which he feels undermined Trussonomics, in a Nick Robinson interview. So perhaps the government can be free of the regulations iconoclasm of the IEA for a while. Yet Sunak has links to right-wing think tanks of his own, having spent time at Policy Exchange before becoming an MP. And in response to the strikes,  he has avoided discussion with the trade unions about pay thus far. His decision to call in the military and promote ‘new tough laws’ instead makes it clear that he is engaged in a Thatcherite war against the Trade Unions.

Rishi Sunak’s hard-line approach will be seen as the right thing to do for many, and perhaps it is. My worry is whether his attitude on strike action is made out of good political sense or out of a determination to emulate earlier policies for the image which is attached to it. Sunak is a Prime Minister with a lot to prove, emerging as disaster relief on a scene which many members of the public would rather have swept away in favour of a general election. I only hope he does so by striving forward, rather than continuing to chase his own tail in a bid to self-fashion in the image of a PM of the past.