Confessions of a Theatre Kid: Debunking The Myth

Leila Moore shares what being a theatre kid is really like, and how it squares with depictions in popular media. 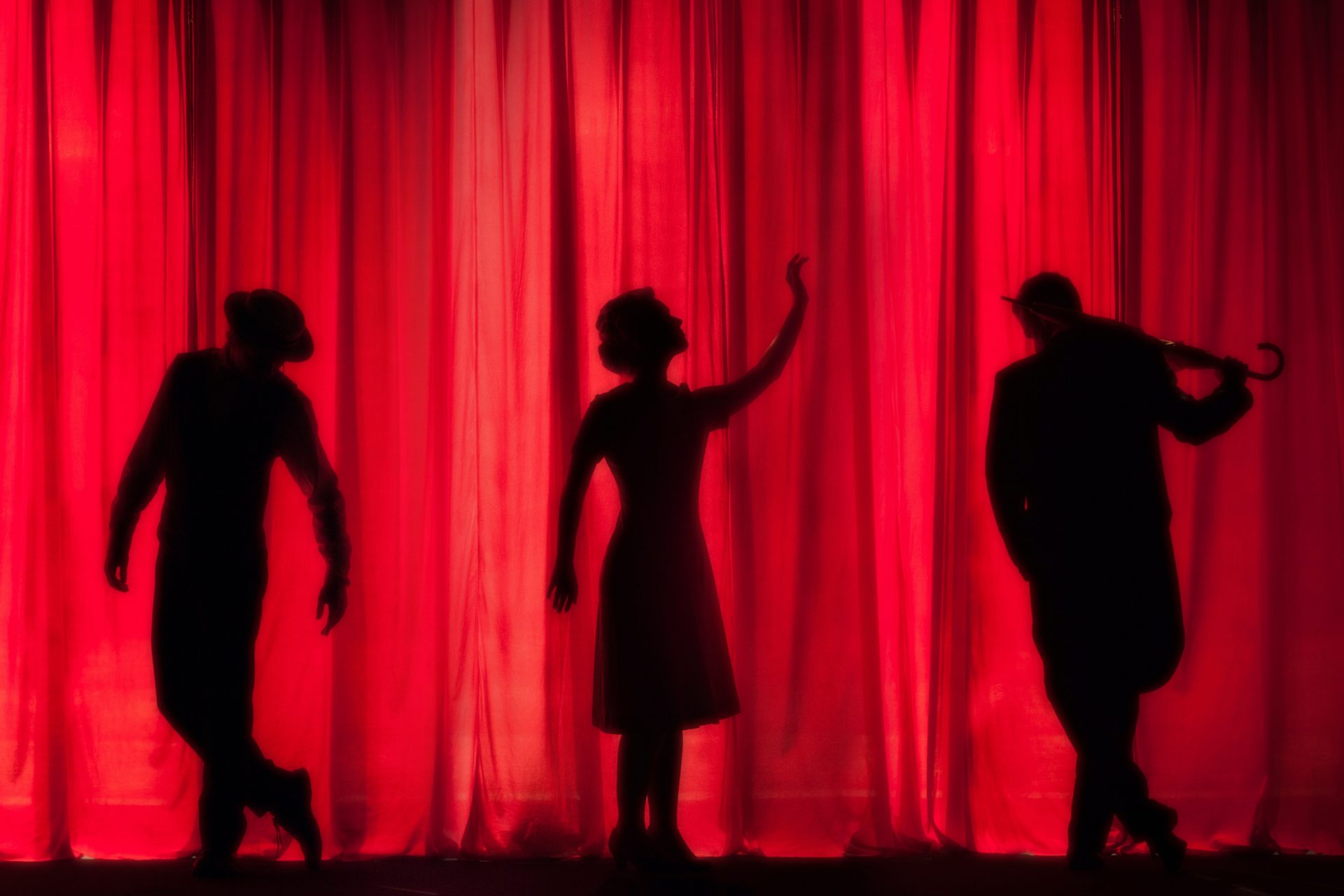 The theatre kid: you know them, and chances are you don’t love them. In school they could be found passionately singing Hamilton at the back of the bus or practising choreography for All That Jazz (guaranteed to be too risqué). Their proudest achievement will most likely be the magnum opus that is their GCSE drama-devised piece. Many theatre kids seem like a walking, talking performance, and they beg the question – why are you like this?

More specifically, where did you learn it all from?

The show-biz-kid is a well-established archetype of 20th century media; musicals such as Sondheim’s Gypsy, which premiered in 1959, focus on stardom obsessed mother Rose, and her daughters whom she raises for a life of stardom. Set in 1920’s America, the story illustrates the interdependence of poverty and performance, detailing the struggles of children given no other choice but to perform in order to feed themselves and their families. This narrative, in which performance is a necessary evil for young people with no other source of income (and their fame-hungry caretakers), was popular throughout the world wars and great depression. In Noel Streatfield’s enduringly charming novel Ballet Shoes (1936) the stage is simply a way to put bread on the table- any side dish of stardom is just a perk, and often framed as a distraction.

But the genesis of the contemporary theatre kid trope undoubtedly starts with Fame, the 1980 film which captured the imaginations of a generation of future performers. This movie, TV and musical phenomenon cast the young performer in a new role – money was now being given up, all in the pursuit of Broadway glory. The modern theatre kid doesn’t just want stardom, they need it more than air to breathe, and this element of unbridled (at times slightly disturbing) passion is the defining characteristic of our contemporary performing kid. Set in an electric New York and focusing on every brand of performing arts teenager, from uptight ballerina Hilary van Doren (Antonia Franceshci) to all-round star Coco Hernandez (Irene Cara), Fame had something for all. Tamara Rojo, current artistic director of the English National Ballet, remembers in The Guardian the impact the movie and its spin off TV adaptation had on her younger self, training to be a ballerina in a small Spanish town; “It was mind blowing – but it wasn’t true to life.” True to life or not, the theatre kids of fame inspired countless careers, my mother’s among them, and in turn mine perhaps. The irony was not lost on me when, decades later, I was set to perform in the musical adaptation of Fame, now in my fourth year of training at a professional dance school. The cinematic circle had truly been completed. The only catch, perhaps, was that after countless hours of training, years at a boarding school I had begged to attend, and way too many leotards, I had decided to give it all up. Ultimately, the harsh reality of being a theatre adult did not appeal to me anymore. Once I graduated, gone would be the somewhat light-hearted atmosphere of my training- the reality of performing life, the endless cycle of audition and rejection I had grown up glorifying, was something that wasn’t going to wait in the wings much longer.

Distance from my performing persona certainly gave me space to ponder what the theatre kid really is. In a recent conversation with a friend, we talked about our experience at school. She was insistent that we were definitely not the annoying show kids that pop up so often in media nowadays (Netflix’s 2018 show Everything Sucks! went as far as making the drama club into a group of terrorising, Shakespeare-obsessed bullies). I was convinced, however, that we were probably annoying in a different way. As a dancer, your peer in the studio is simultaneously your best friend and your worst enemy, the person whose shoulder you cry on when you don’t get the part- and the person who got the part instead of you. While a mature performer’s first aim should be to work with the people around them, not against them, the doctrine of the theatre kid to pursue stardom above all else often leads us to glamorise toxic working environments. Then again, I’ve never witnessed a ballet class reach Black Swan levels of tension- Darren Aronofsky’s 2010 film is an intoxicating exploration of obsession and competition, but it is worth noting that ballerina Nina Sawyer (Natalie Portman) is more a vehicle for exploring these themes than a universal portrayal of a  dancer’s lifestyle. Think fewer tutu-wearing murder sprees and more side eyes before you’re about to perform a solo, an unpleasant experience but decidedly less deadly.

Despite my friend’s insistence that no, we don’t fit the mould, surely the essence of the modern theatre kid is inclusion of all? Glee (2009) certainly set out to prove this with the message that not only is show choir a home for all ‘misfits’, it can also bring out the best side of the most unlikely of performers. Having a soft spot for the occasional showtune didn’t automatically turn you into the insufferable twin of Rachel Berry – although one should always be wary of the risk. Despite its now infamous cast drama, Glee’s message, its satire and warm embrace of all walks of high-school loser proved wildly popular, and the show earned 19 Emmy nominations for its first season.

Although I love the show myself (in a manner not dissimilar to Stockholm syndrome) there’s much to find fault with in Glee. The moment that stands out to me as one of the most cringe-inducing is Mr Schue’s proclamation in season 1, episode 7 that “You’re all minorities… you’re in the glee club”. This problematic and relentless framing of the theatre kid as marginalised or an ‘underdog’, while it may be true in some cases, misses the fact that the arts are propped up by privilege. Although people may be fond of calling the theatre kid a loser, in most cases they are a rich and white loser, systemic advantages which vastly outweigh any bout of high school unpopularity. A distinctive plot point which Glee’s early seasons stress is that all these kids are in a boring, poor town in the middle of nowhere, also known as Ohio – yet once college comes around, it’s apparently easy for most of the cast to pack up and move to New York, living an apartment as unrealistically beautiful as Monica’s in Friends.

Although I was fortunate enough to receive a full scholarship for my training costs, many are not so lucky, and it remains seriously worrying how many young people miss out on any contact with the arts because of their socio-economic background, and plot points that gloss over the fact are undermining. The characters in Ballet Shoes may have reluctantly performed to earn a wage, but nowadays you need one to even begin. Pointe shoes can cost over £100, and to even be in a position to buy them in the first place a young dancer must have years of experience, which demands more than just passion- it costs a lot of money or a small miracle. The arts undoubtedly bring people together in inspiring ways, but it’s naïve to suggest that this means social hierarchy and socio-economic disparity are  therefore abolished in the theatre world, although media often falls into the trap of suggesting so.

This blind spot caused Glee to fall short when touching upon the heavier moments of the theatre kid’s life, particularly in its later seasons. The show was fond of dredging up intensely serious topics (from bulimia to suicide), mentioning them for an episode, and then forgetting about them forever after everyone gathered in the auditorium to sing a song which vaguely spoke to the subject matter at hand. Perhaps the most hilarious depiction of performing arts struggles I’ve seen mishandled is in The Next Step (2013)- although it is admittedly children’s TV, even my younger sister would laugh at the scene in which a character is inspired to simply *not be poor* anymore after a dancing angel visits one of her classes. Yes, that really happened.

What’s next for the theatre kid’s tale? Personally, I would welcome a bit more realism. Of course, it’s always fun to see the over-the-top, flamboyant posse of musical loving kids on screen – but many performing arts-centred tales tend to frame the serious threads of their stories clumsily at best. In shows such as Tiny Pretty Things (2020) complications such as abusive teachers and eating disorders are relegated to side plots, with a sensational murder as the centre piece. In reality, these are the main concerns of professionals working today, especially in the wake of Me Too. The disturbing reality of abuse in the dance industry was made clear in 2018, when the prestigious New York City Ballet company was exposed as harbouring a cesspit of misogyny stemming from its ‘boys club mentality’ that went unchecked for decades. Alexandra Waterbury, the first woman to speak out, discovered a group chat between male members of the company in which they would swap sexually explicit photos of their partners without their consent.  In an industry that prides itself on being so loud, the façade of harmony makes it almost impossible for marginalised voices to be heard.

The reality of a life in the performing arts is certainly not all doom and gloom – a whiff of hairspray sometimes makes me nostalgic for the exhilarating backstage chaos of opening night, the comradery of performing alongside friends after weeks of gladly spent blood, sweat and tears. I would definitely miss the tap dancing, piano playing, ballad belting misfits that pop culture has become so fond of in recent decades if they were to disappear from my screen.  However, perhaps it’s time that the media dedicates itself to unpacking the problems that define the performance industry in the real world, instead of shying away from them. A quick Les Mis rendition in between scenes is always welcome, of course.