Isaac Ettinhausen sits down for an interview with Irene Tracey, Oxford’s new Vice-Chancellor. 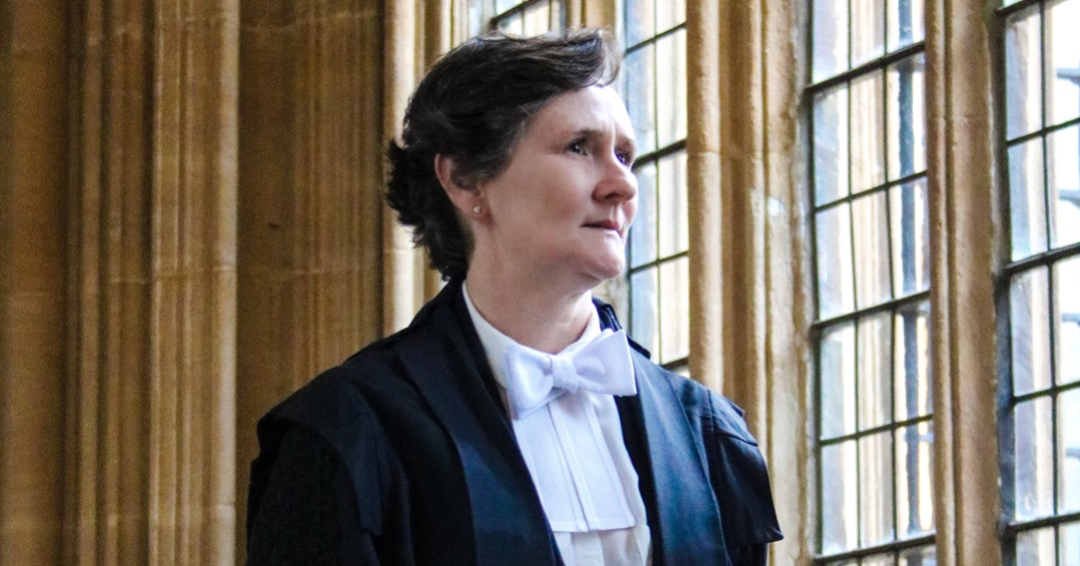 This afternoon, Cherwell met with Irene Tracey, Oxford’s new Vice-Chancellor. Tracey was formerly Warden of Merton College, and was the Nuffield Chair of Anaesthetic Sciences between 2007 and 2019. A “local girl in every sense of the phrase”, she was born in the JR and grew up in Kidlington, just five kilometres from Oxford. With the exception of a two year stint at Harvard Medical School, she has been in Oxford since going up to study undergraduate biochemistry at Merton.

Between 2015 and 2019, she was the head of the Department of Clinical Neurosciences, with a speciality in the neuroscience of pain. Her office in the University Offices contains a drawing from one of her supervisees which refers to her as the “Queen of Pain”. On the contrary, when we meet her she is personable and very funny, keen to set out her vision for Oxford over her seven-year tenure as VC, the de facto head of the University.

She is also the second woman to hold the post, and the first ever former state school student. She said that “I realised how important it was to others that I was a woman in science and in leadership roles. I feel more comfortable embracing that and recognizing that that visibility is empowering not just to women, but to men too, and for men to realise to support women in their careers.

“Coming from a comprehensive school background, you know, it’s part of what I’ve done. I’ve been always very celebratory about what a great school it was, with terrific teachers. I’m all about the fact that what I want coming to Oxford is the best and the brightest of the students, irrespective of their background, and I’m not going to be biased in any directions whatsoever. I just want Oxford as we know it, and our message to be out there that if a kid feels that this is the environment for them where they can thrive educationally, then they’re not put off by a misimpression or a misrepresentation of what we are. it’s not setting quotas or anything, because that’s not what we’ve done. It’s just mythbusting a little bit.”

Tracey is ascending to the post in a time of vast educational debate over curricula, “wokeism”, and academic freedom. She describes herself as a staunch defender of freedom of speech, saying that engaging with arguments is an essential part of pedagogy: “when we are teaching you your degrees, we teach you how to look and understand that degree from all different perspectives. So naturally you are engaging with different viewpoints, and that’s partly what you’re trying to do and synthesise when you write your essays or when you’re trying to look and deconstruct a problem. And that’s no different than other things you’re going to do outside of your degree in terms of these issues.”

“I’m just focusing on how best we can equip you and prepare you. You’re arriving [in Oxford] not as the finished product. And we’re gonna evolve you to an independent adult out there in the working place, where you can be comfortable with different points of view; you can be really good and comfortable with how you receive criticism and give criticism, because that’s a big part of what you’re going to be doing in your job. This is a big part of what we do as academics.”

Similarly, Oxford’s university museums have faced questions over the repatriation of empire-era artefacts. When asked what role the University could have in these debates, she said “We have to have those discussions with ourselves and with our departments, with those institutions, and with the students. It’ll be something that I’m sure we will discuss going forward. These are very live issues, and they’re really important ones. And again, people will have different views on them, so these won’t be easy discussions or debates to have, but hopefully we can have them in an intelligent, calm way”.

In a university famed for its devolved collegiate system, Tracey enthusiastically sets out her vision of the role the central University should play in its governance. She says “I believe in this devolved ecosystem. As a neuroscientist, I know what drives human behaviour in terms of how, how the brain works; having a sense of autonomy and control over decision making really drives motivation […] students rightly get very proud of the ownership they’ve got for their particular college. And that’s great, and I wouldn’t want to ever ruin that.”

However, she continues, “we can make some things just a bit more efficient by doing and having more common frameworks – things which would directly benefit students. So common frameworks around how we are supporting student welfare, mental health provision, policies around sexual harassment, all these sorts of things, you know, where we’re all on the journey trying to do it as well as we can.”

Last year, Cherwell reported on the vast inequalities between different provisions between colleges. Tracey told us tackling these imbalances was one of her key priorities, saying that she was “happy to be held to account. we’re not going to do everything in the first year. This is something that’s not just a student issue. It’s for academics too.” [See front page]

For graduate students, this is especially problematic. Tracey pointed out that while the ratio of undergraduate students was about 70% UK students and 30% international, this figure flips in postgraduate studies. She said that to attract the best researchers from around the world, Oxford had to “we’ve got to be able to offer graduate scholarships to every graduate that gets a place here […] our competitors offer full graduate scholarships if you get a graduate place. So we’re gonna lose people if we can’t do the same”

Collegiate inequality becomes ever more apparent when looking at the levels of mental health and disability support available to students at different colleges, particularly with the centralised Disability Advisory Service and the University Counselling Service under increased strain since Covid. Tracey said that “This is a key area for me to focus on. I’m acutely aware. My experience to date as a College head really gave me insight to that in a way I didn’t see as a department head; the colleges are really dealing with a lot of this […] If you’re a student and you’re at a college that can provide extra support, you know, fine, that’s great. But then what about the kid that’s not?

“I’m absolutely aware of the pressures on the services for the staff working them too. Because you know, they want to give a good service, right. And they’re maxed out. So it’s for both sides that we want to get right.”

We’re eventually told that we have one question left; Tracey, in her whirlwind schedule in her first month as VC, has a meeting to get to with the OUP. Asked what her biggest priorities are as head of the University, Tracey says that “in seven years I want to be sure that I’ve been part of making sure that we are still the most attractive place for the best and the brightest students, staff, and faculty to come. And when they do come here, they are operating in a place where they really can have a good quality of working life, but also personal life. Seven years is just about enough time.”