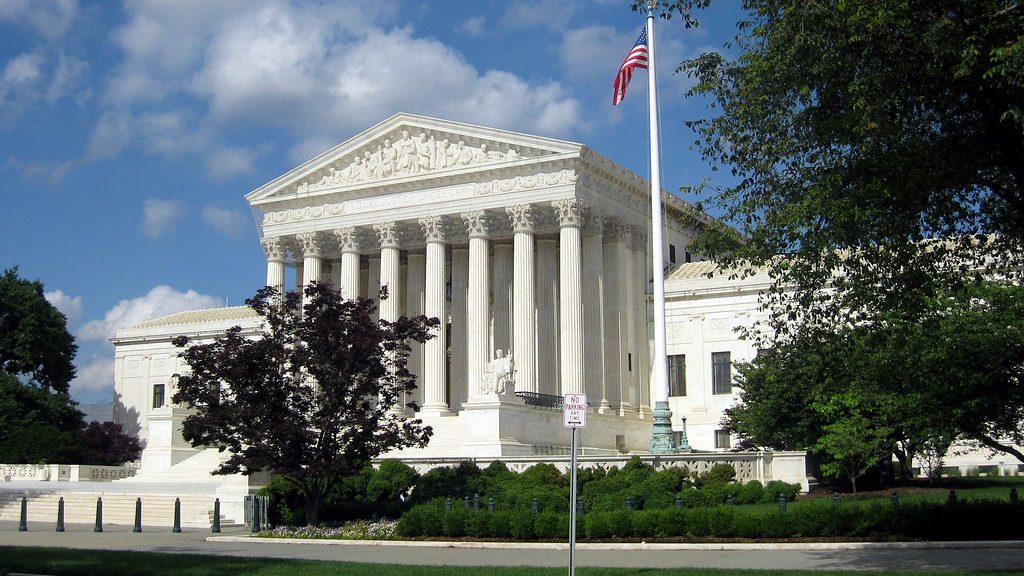 A recent piece by Samuel Moore in this paper argued that the U.S. Supreme Court’s jurisprudence, especially its possible pro-petitioner holding in the pending case Moore v. Harper will “overthrow American democracy”. His fears that the U.S. Supreme Court may “misread” the U.S. Constitution notwithstanding, Moore has, with all due respect, failed to grasp some facts about American Constitutional law, the Moore v. Harper oral arguments, and the nuances of “independent state legislature” (ISL) theories. Rumors regarding the imminent demise of American democracy are greatly exaggerated.

Let us begin with the clause that gave rise to the ISL theory, which is known to us as the “elections clause”. Article I, Section 4, Clause 1 of the U.S. Constitution reads:

“The Times, Places and Manner of holding Elections for Senators and Representatives, shall be prescribed in each State by the Legislature thereof; but the Congress may at any time by Law make or alter such Regulations, except as to the Places of chusing Senators.”

Moore claims that the ISL reading of this clause gives state legislatures plenary power over state elections, being able to override governors and state constitutions. He also argues that such a reading is legally erroneous. I am afraid that such a view over-generalizes the wide range of views regarding state legislatures having primary authority over election rules.

However, that is not the only view supporting primary state legislature power over election rules. One could argue that the Moore petitioner’s ISL theory is not the only ISL theory. Indeed, it is possible for some form of ISL theory to co-exist with checks on state legislatures. ISL theory is not necessarily “blatantly anti-democratic”. Professors Michael McConnell and William Baude, reputable conservative legal scholars, have argued that while state legislatures are cabined by state constitutions, they are still the primary decision-makers regarding election rules. Crucially, their decision-making power over election rules could not be substantively substituted by another body. Such seems in line with the Constitution’s explicit textual command of the “Legislature [of the state] thereof” determining election rules. Applying this principle to the facts of the Moore case, while the North Carolina Supreme Court could lawfully strike down the legislature’s electoral map, they could not, as they did in this case, order a Special Master and outside experts to draw a new one, abrogating and replacing the legislature’s clear constitutional prerogative. So the Moore petitioners are right about the North Carolina Supreme Court overstepping their authority, but wrong about the State Legislature having super-constitutional power over election rules. State legislatures can win in Moore v. Harper, uphold some version of the ISL theory, and not “be able to redraw district boundaries however they want and pass as many laws suppressing voters based on race, gender, and political affiliations as they please”.

Even if the ISL maximalist view were instituted, it would not lead to state violations of the right to vote on the basis of race and sex, as suggested by Moore. Indeed, the 15th Amendment clearly states that the right to vote cannot be denied “on account of race or prior condition of servitude”, whether by States or by the federal government. The 19th Amendment extends that protection on account of sex. The constitutional text is clear, no ISL maximalist argues that state legislatures can override the federal Constitution (as opposed to state Constitutions), and, most importantly, this “conservative” Supreme Court has upheld these constitutional electoral provisions in recent cases. In Cooper v. Harris (2017), five members (including the “very conservative” Clarence Thomas) held two North Carolina Congressional districts, drawn by the state legislature, were unlawfully drawn on the basis of race. The Court unanimously held District 1 unconstitutional; even the most “conservative” members of the Court would not support giving state legislatures plenary power to abridge the right to vote on account of protected characteristics. In short,  Moore’s apocalyptic suggestions are not rooted in fact.

The other apocalyptic suggestion made not only by  Moore, but also by Lucas Haskins in an earlier piece in Cherwell, is that ISL maximalism would allow state legislatures to override the popular vote for the president in their state and appoint electors to select their preferred presidential candidate. First, as seen in the legal text above, the elections clause ISL concerns focuses on “Elections for Senators and Representatives”, not elections for the President of the United States. Therefore, whatever the Supreme Court decides in Moore v. Harper will not directly affect presidential election rules.

“Each State shall appoint, in such Manner as the Legislature thereof may direct, a Number of Electors, equal to the whole Number of Senators and Representatives to which the State may be entitled in the Congress”

All of this assumes that ISL maximalism will be accepted by the Supreme Court. The evidence that Moore provides in support of this notion is largely speculative. Besides a one-liner that justices Gorsuch and Kavanaugh support the ISL theory (ignoring that there are crucial nuances between ISL theories) and a blanket statement of justices Alito and Thomas, and the Roberts Court having an “abysmal record on voting rights”,  Moore does not provide any direct evidence of how the Court would vote in this specific case. Broad statements on bad voting rights jurisprudence do not count, as such concerns a whole constellation of constitutional and statutory issues where not all “conservative” Roberts Court members agree.

Much to the contrary, the actual transcript of the Moore v. Harper oral arguments makes it clear that the Supreme Court has limited appetite to accept the ISL maximalism  Moore fears. For one, Justice Kavanaugh, a possible swing vote in this case, noted that the ISL maximalist position articulated by the Moore petitioner extends beyond Chief Justice William Rehnquist’s concurrence in Bush v. Gore, which he and Justice Gorsuch cited approvingly in the past. His question to the petitioner, of why the Supreme Court should not defer to state supreme courts on questions of state law (this deference principle is supported by the Rehnquist concurrence and the longstanding precedent of Erie Railroad Co. v. Tompkins (1938)), suggests skepticism of the Moore petitioner’s submission. Indeed, the petitioners ask that the U.S. Supreme Court give favorable relief on the basis of ISL maximalism. Such relief would require less deference to State Supreme Court decisions on state election law. Likewise, Trump-appointed Justice Amy Coney Barrett expressed skepticism of the Moore petitioner’s view that state legislatures can be cabined by state constitutions while making election law on “procedural” matters, but not while making election law on “substantive” matters. This was owing to Justice Barrett’s view of the amorphous boundaries between the two. The Chief Justice also sharply questioned the petitioners, noting that the Supreme Court’s holding in Smiley v. Holm (1932) runs contrary to the petitioner’s submission. Alongside Justices Sotomayor, Kagan, and Jackson, these three Justices likely constitute a majority that will reject the maximal ISL theory feared by Mr. Moore.

Moore also advances the notion that originalism is an “alternative judicial philosophy”, and that judges in Republican administrations are, thanks to the Federalist Society, “increasingly appointed based on ideology, rather than merit”. I do not wish to unduly detract from the main point of my piece, but I will note that James Madison, who was instrumental to the drafting of the original Constitution, explicitly supported originalism. In an 1824 letter to Henry Lee, Madison wrote that he “entirely [concurs] in the propriety of resorting to the sense in which the Constitution was accepted and ratified by the nation. In that sense alone it is the legitimate Constitution.” Madison mocked interpreting the Constitutional text beyond its original meaning, writing “What a metamorphosis would be produced in the code of law if all its ancient phraseology were to be taken in its modern sense”. Originalism existed at the Founding; it is nothing new.

And needless to say, ideology has always been at the forefront of American judicial appointments. Donald Trump is not unique for primarily focusing on ideology. From FDR appointing Hugo Black and Robert Jackson (his own Attorney General) to uphold the New Deal to John Adams appointing John Marshall, a fellow member of the Federalist Party, the American political judicial appointment system will inevitably lead to ideological judicial appointments. But the crucial fact is that the life tenure of U.S. federal judges gives them the independence to advance the rule of law. Justice Jackson heroically dissented in Korematsu v. United States (1944), arguing against the legality of his appointing president Franklin Delano Roosevelt’s internment of Japanese-Americans. Justices Gorsuch, Kavanaugh, and Barrett all refused to hear their appointing president Donald Trump’s lawsuit to overturn the results of the 2020 Presidential elections. A whole host of Trump-appointed lower court Judges voted against Trump’s post-election litigation claims. Far from withering away, judicial independence is alive and well in the United States.

While  Moore is right that ISL maximalism is bunk, he ignores the nuance that exists in conservative legal thought on state legislative power over elections; independent state legislature theories if you will. They demonstrate that ISL theory is not necessarily anti-democratic. Even if ISL maximalism is implemented, its effects would not lead to the apocalyptic collapse of American democracy. And in any case, it is unlikely that the Supreme Court would uphold the ISL maximalism he derides. We are not at the brink of armageddon.