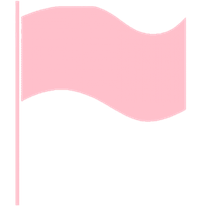 Red flags are warning signs. They indicate that a relationship is doomed to end in tears, or that it may never even begin. Online dating epitomises the modern tendency to write people off quickly by dismissing their negative traits as ‘red flags’.. This arguably creates a culture that is overly judgemental, and treats people as disposable. We become cattle at an auction rather than complex individuals.

In an increasingly online dating world, it is easy to dismiss people on apps like Tinder as ‘walking red flags’ before even walking a foot near them. Swiping right is a split-second decision, often based shallowly on looks. Yet the ‘about me’ section can harbour some warning signs. A message along the lines of: ‘‘what are you looking for then?’’ is code for ‘‘I just want a meaningless hook-up’’. There are some troubling accounts of men boasting “I’m only on here until my girlfriend finds out”. And a picture can tell a thousand words. Photos that look suspiciously like wedding day snaps should be considered crimson.

Dating within the dreaming spires proposes a whole host of distinct difficulties. It can be hard to tell if someone is genuinely too busy to meet up, buried in their books, opting for the library over the pub, or if they just aren’t that interested and you’re soon to be ghosted. Certain degrees are also labelled ‘red flags’. PPE-ists are branded ‘overbearing’ while physics students are emotionally unavailable. One should of course be wary of such generalisations, though universal red flags remain…

Another Oxford-esque red flag is boys who are only interested  in love after dark, ideally after a night out when they’re looking for a quick ego boost. These boys would never ask you to a coffee, or introduce you to their friends, but you’re the first thing on their mind at 3am on a Friday. In fact, friends’ opinions can speak volumes. If your closest circle not only dislikes but despises the person you’ve started seeing, it might be worth asking yourself why that is, although it’s a tough pill to swallow.

Over the years, I’ve realised that mixed signals are not in fact mixed but very straightforward. If someone is remotely interested in you romantically (although especially in Oxford), they won’t always be available, but they will make a point of meeting up or at least staying in touch. It takes 30 seconds to send a message – nobody is too busy for that.

Labelling people as ‘red flags’ can sometimes be an attempt at protecting yourself from heartbreak. However, the heart wants what the heart wants. Even if people think you’re a strange match, it might feel like lighting one when you’re together. Everyone in Oxford will be looking for something different as far as a romantic connection is concerned, whether that’s friends with benefits or an exclusive partner. Perhaps we all have our own unique red flags that we don’t like to admit to, but one thing is for certain: we’re a lot more complex than red and green.