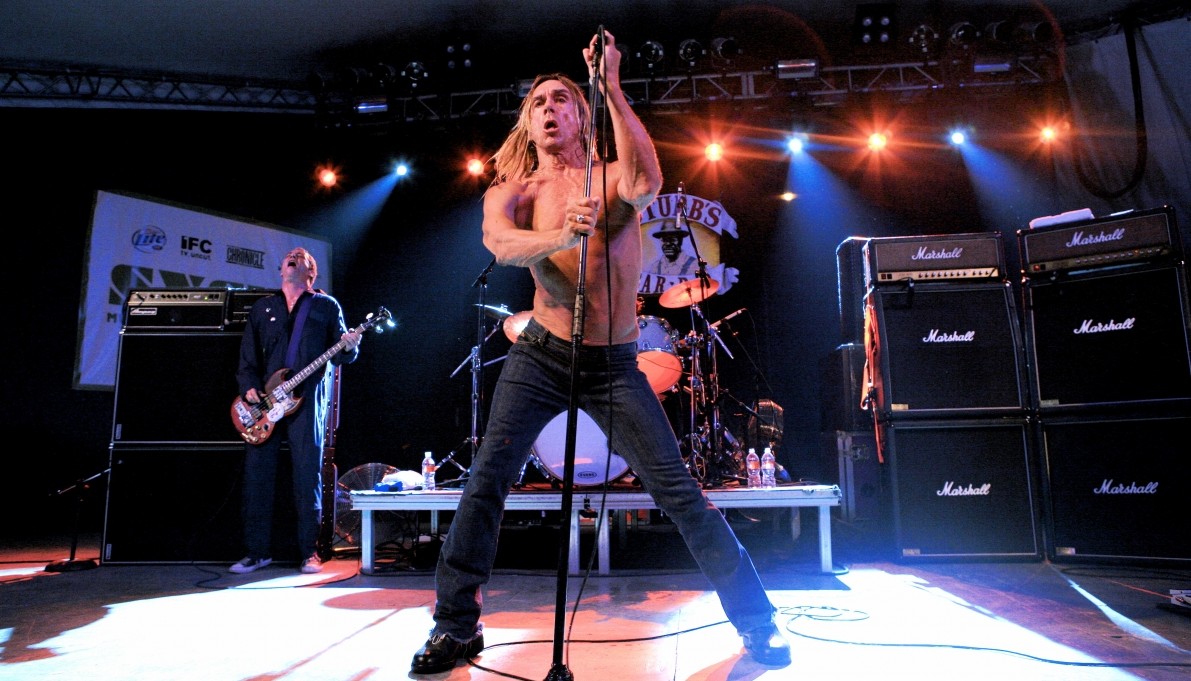 So much of this is due to this album’s musical backbone, which the LP’s own artwork puts front and centre – a list consisting of Joshua Homme, Iggy Pop, Dean Fertita and Matt Helders is hardly one to hide in the liner notes. With two Queens of the Stone Age and an Arctic Monkey, the fact that the record is imbued with a tantalising darkness, both musically and in the latter’s production, is no surprise. However, it is a testament to the band’s balancing of talents that this has not become a QotSA album – from the deep, drawling delivery of his lyrics, to passages bordering on spoken word poetry, to the same propulsive energy which has always powered his discography, this is certainly today’s indie rock giants backing Iggy Pop, and not the other way around.

Be thankful, then, that Iggy Pop doesn’t waste this musical base – indeed, he builds upon it. Barbed ruminations such as “This street is as cold as a corporate lawsuit” and “I followed my shadow and it led me here / What is the problem if I disappear?” envelop the darkness, while building arresting motifs of cynicism and legacy. Indeed, both music and vocals, the latter as much intoned as sung, intertwine to create some startlingly catchy hooks – see ‘Gardenia’ and ‘American Valhalla’. This retooled sound is thus far more poppy than the title would suggest. While Iggy and his crew do sometimes surrender to the temptation of repeating these musical phrases just a little too readily (it’s hard to make constantly shouting the word “vulture” meaningful) it’s hard to resent such infectious riffs and choruses.

In short, Post Pop Depression marks both the birth of an unlikely pop supergroup, and the rebirth of a titan, a work which stands on its own two feet whilst being a worthy addition to the discographies of the creatives involved. Just don’t mention Iggy’s age. To quote ‘Chocolate Drops’: “it’s just some old excuse, hanging on. Let it go.”