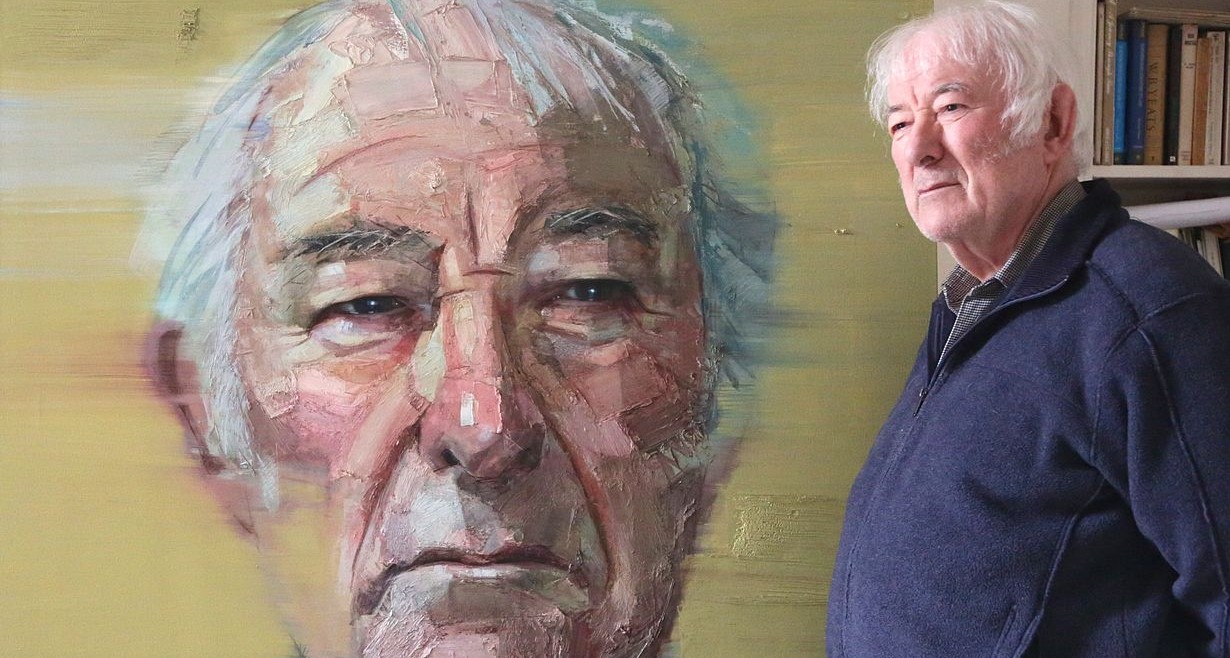 When asked to describe his approach to writing, Heaney replied that it was ‘like being an altar boy in the sacristy getting ready to go out onto the main altar’. His translation of Aeneid VI is certainly worthy of that description, steeped as it is in humility and respect for its author. There is more of Heaney in this than the boy in the sacristy, though: it is a gift for all whom he taught, and who taught him. He reminds us in his preface of the debt owed to his Latin teacher at A Level, who was ‘forever sighing, ‘Och, boys, I wish it were Book VI’’ they were studying, instead of Book IX – this is a last piece of homework, completed fifty years late. It was, however, also an ‘impulse’, brought on by the birth of his first granddaughter. Heaney, in breathing life into Book VI, is very much aware of his own, ever changing relationship with the text, as well as how much he has changed. In this book – neither ‘version nor crib’, he becomes both Aeneas and Anchises: at once headstrong schoolboy, loving father, and grandfather.

His style is unadorned, Latinate expressions couched in earthy, almost onomatopoeic utterances. Charon, in language which surely rivals the original, is ‘surly, filthy and bedraggled’, clothed in ‘a grimy cloak’. Plain, blunt to the point of aggression, they typify a manner which is both rural and sophisticated. Earlier, the Golden Bough is ‘green-leafed’ and ‘refulgent’ in the same breath. Heaney’s word choice, to my mind, reveals yet more markedly his love-hate relationship with Book VI – why he thought it ‘the best of books and the worst of books’: smatterings of ostentation remind us that it was, he thought ‘worst because of its imperial certitude, its celebration of Rome’s manifest destiny’. It remains best, though for the ‘twilit fetch of its language’, and this is something Heaney has unequivocally mastered.

Heaney – dare I say it – might even trump Virgil in this respect, at least as far as the final portion of the book goes: he makes all these empty platitudes palatable. I found, in Anchises’ potted history of Roman victories, moments where Heaney turned this into something more than just the beleaguered scribblings of a ‘sixth form homunculus’ – moments like ‘Fabricius, the indomitable and frugal’, a pairing far richer than Virgil’s own ‘powerful in poverty’ (parvoque potentem). I don’t mean to provoke any classicists’ complaints, it’s just that it works, really really well. Heaney is the master of using an intriguing, atypical word to render the ordinary as something more. Here, amidst a conscious programme of Augustan propaganda, he grapples with, and, I think, truly succeeds in making this vision Anchises presents – he bemoaned it as ‘something of a test for reader and translator alike’ – a triumph of ordinary marvels over imperial.

Anchises, who lingers ‘fatherly and intent’, must have been a difficult figure to write up for Heaney. Their first moment of meeting, tender as it is, is shot through with reminders of the father’s mortality. The moment of their embrace, where Anchises passes through Aeneas ‘like a breeze between his hands’ cannot be read without thinking of Heaney’s absence. The whole book now functions as a kind of farewell letter, this episode – of the intermingling of death and life – is poignant in its prescience.

There are, however, moments which are poignant in and of themselves. No more so than Aeneas’ unrequited entreaties to Dido. When she blanks him – the greatest ‘bitch, please’ moment in literature – she does so ‘no more than if her features had been carved in flint or Parian marble’. Heaney has Virgil’s knack for condensing whole emotional cataclysms into a mere sentence: here, ‘flint’ suggests the former flame of her passion; it becomes ‘marble’, cold and unresponsive. These are words crafted to inspire close reading; they also demand to be read aloud. The speeches, especially the Sibyl’s, are truly magnificent in scope – try Ian McKellen’s version, recorded for Radio 4, for a suitably impassioned attempt – and phrases like ‘an elm, copious, darkly aflutter’ float on the tongue as much as in the mind.

Undoubtedly, then, Heaney overcomes ‘the fleeting, fitful anxieties that afflict the literary translator’. And translator, I think, is too paltry a word: though Heaney typically dismisses it as nothing more than ‘classics homework’, it is far more than an homage. At the final line, the last few words, ‘sterns cushion on sand’ are the same phrasing Heaney uses as the ships first land in Italia in the first few lines. His repetition is not Virgil’s own. It is, I think, Heaney suggesting that this journey he has undertaken, alongside Aeneas, from young to old, is only the beginning. If this is a farewell letter, its final note is one of hope.