Fiction: 'She tosses the burning end over the edge of the cliff. We watch it fall, hit rocks softly, anti-climatic.' 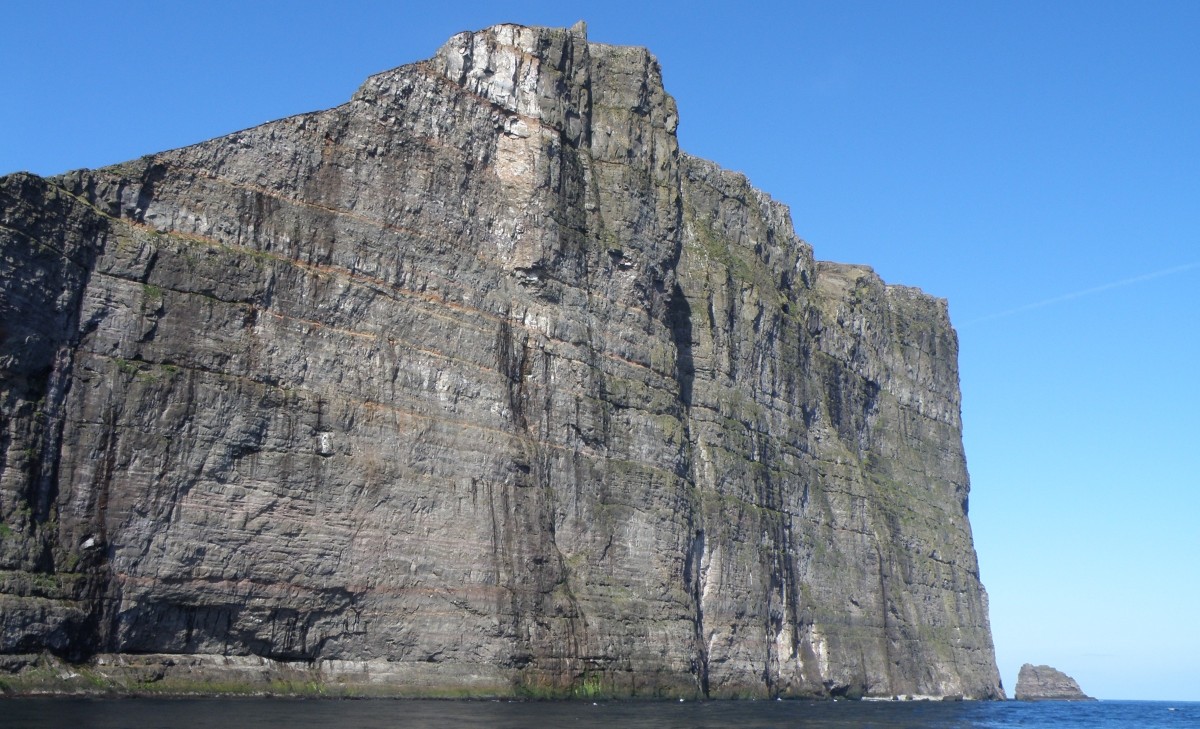 She doesn’t want to talk about it and I don’t want to hear her say it, so instead she asks me, “Clayton, how high are we?” I run my tongue across my lips and peer over the edge of the cliff. The tops of pine trees hover a few dozen feet below the soles of my shoes. I spit over the edge. It hits one of the lower rock formations, splatters. It is almost dark already. Off in the distance our town looks like a cluster of lightning bugs. Mom will be calling us home for dinner soon. My palms are sweating. I concentrate on the way the pebbles dig into my skin so I don’t have to look at her and ask about it.

She sighs and leans her head back and reaches for her purse. She pulls out a pack of cigarettes, knocks it twice against her palm out of habit, and removes one. Next a lighter. Flick. The tip of the cigarette catches. Orange sparks glow at the end of her mouth. ‘“Really damn high’,” she repeats.

She offers me the pack. I decline with a scrunch of my lips and a jerky movement of my head. We’ve been here for nearly two hours and done nothing but smoke cigarettes and point vaguely to the distant shapes of buildings and try to assign the shapes to familiar places on the ground. We haven’t said anything important.

She blows a column of smoke out over the trees. We’ve always liked the smell of cigarette smoke—she and I—ever since we were kids—younger kids. Not sixteen and eighteen year old kids. Kids who didn’t smoke or drive shit cars or have sex or get pregnant. Little kids.

She’s smoking a cigarette now but I know she has joints tucked away in an old Altoids tin at the bottom of her purse. In another universe we’re up here smoking weed together and I’m a better brother. In this universe she smokes cigarettes with me and weed with her friends and drinks Fireball and coke at parties and probably blacks out and takes Polaroid pictures and doesn’t read books. She paints instead: India ink words surrounding acrylic girls with stick figure forms, letters curling around them like body fat and safety.

She takes another drag. I don’t like Adam, even though I don’t know really him. I think about her carving apologies for breathing into her legs and asking guys she barely knows to drive her to abortion clinics and liquor stores and her sitting on the edges of parties drinking Fireball and coke and taking Polaroid pictures and guys talking about her ripped leggings and the things they’ll do to her when she’s drunk enough.

She finishes her cigarette. She tosses the burning end over the edge of the cliff. We watch it fall, hit rocks softly, anti-climatic. Without meaning to, the image of her jumping plays in my head: Not thinking about what it would be like to hit the bottom. Just for the fun of it.

She says, “Can you drop me off at Molly’s then?”

“Mom wants us home.” It has worn thin, this threat of disappointment. I wonder what she’ll do when I’m gone. When she’s up here with her friends smoking weed and the trees are brown and I’m at school and I have forgotten to call.

“I’ll call Mom on the way there and ask,” she lies.

It’s dark now. Molly lives on the other side of the mountain. If we leave now, I’ll be home after the leftovers are put away. Dad will be in the living room, not speaking. Home but not home. Mom will be doing dishes. I bet she only set the table for three. I bet she knew I’d come home alone.

I will not ask again, the advantage of answering a question with a question.

We stand and walk back to the car. Evenings are cold now. I left my sweatshirt on someone’s floor. It smells like other people’s sweat and spilled beer and accidents and mistakes. The things I tell her not to do but she does because she’s sixteen.

We get in the car. I start the engine. The headlights chase a deer into the safety of the trees. I say, “I’ll take you to Adam’s” because it’s closer to home.

She turns on the radio and rolls the window down. I don’t object even though the wind is cold as we drive down the mountain. I picture her painting a girl in a brightly colored dress with words curled around her in a series of “yeses” that all read like “help”. Somewhere, in a book I haven’t read yet but probably said I have, are all the words I’m supposed to say. But I don’t want to talk about it and she doesn’t want to say it so we drive, slowly, and I wait for her to change her mind and she hums along to the music like an apology burning the insides of her lips.