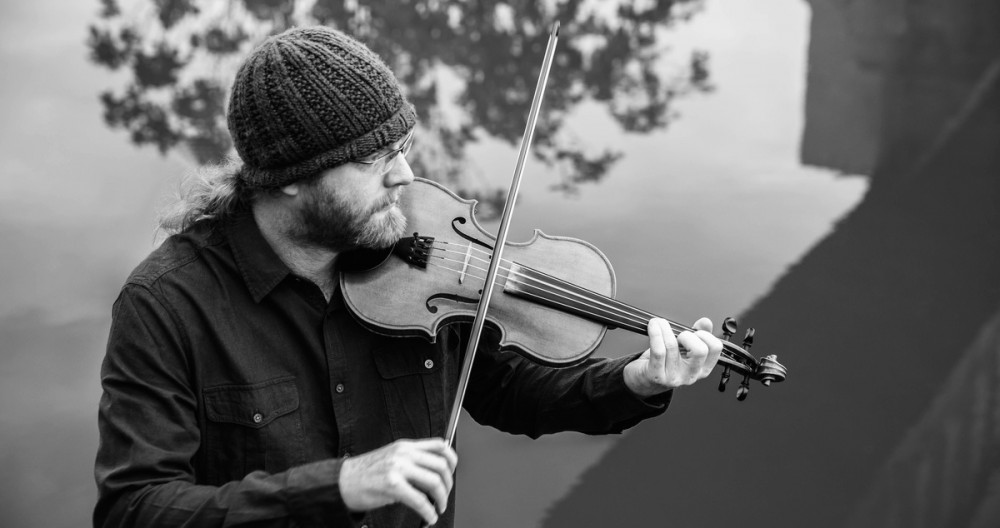 Tom Kitching’s new solo album, ‘Interloper’, is truly one of the undiscovered gems of the English folk music scene. Filled with interesting and exciting takes on traditional folk tunes, Kitching polishes and reshapes these otherwise everyday melodies into new, sparkling creations, reflecting the vibrancy of the folk music scene and sure to get your foot tapping along. Indeed, this album seems to be Kitching’s attempt at ‘pressing the reset button’ in defining English traditional folk music- here, anything played by an English musician is fair game. This means his music can span a wide variety of influences, styles and techniques- and boy, does this album make use of them.

And yet ‘Interloper’ doesn’t come across as merely a simple experiment in folk music- instead, it seems a beautifully wrought, intricately structured body of music that, whilst pulling the listener in and playing around with the concept of ‘English folk’, is still an utter joy and easy to listen to. I particularly loved the tune ‘Cobbler’s’, where Freya Rae’s clarinet accompaniment gives the piece distinct klezmer undertones- just one of the influences that emerge from this album. Kitching knowingly experiments with this, taking the tune back to a more rooted, traditional fiddle riff before plunging us back into the haunting, seemingly exotic melodies of the clarinet. Throughout this album tracks are under laid with the complex rhythms of the percussionist Jim Molyneux, giving the music a textuality and a depth it could not otherwise have reached. On tracks like the opening of ‘La Rotta’ the perfect timing and use of pauses achieved by the percussion really draw you in, creating a fantastic underlay for the inventiveness and playfulness of Kitching’s marvellous prowess on the fiddle.

Despite the limited number of instruments on the album, their variety and abilities to mould into different styles means each track is kept interesting and absorbing. From the mellow, soulful clarinet solo in ‘Cheshire’ to the speeding, playful dancing of the flute and fiddle in ‘Fast Dance’, Kitching always manages to keep us on our toes. The beautiful accompaniment of Marit Fält on latmandola (it’s a Swedish mandocello- don’t worry, I had to Google what it was too) truly completes this tight-knit, exuberant set of musicians. Kitching has worked with many musicians and bands, from Pilgrim’s Way to Gren Bartley, and his versatility and ability to collaborate really shines through in this album- in seeking to define and push the bounds of the English folk tradition, Tom Kitching has definitely found the right direction.