Students have come to support Jeremy Corbyn’s petition against the Government White Paper “Success as a Knowledge Economy” presented on May 16. The White Paper’s success in Parliament would allow high-achieving universities to increase their tuition fees over the current £9.000 cap, in order to follow inflation more closely and remain competitive.

Jeremy Corbyn launched the petition yesterday in response to the document produced by the Secretary of State for Business, Innovation and Skills, vowing to “oppose the Tories’ plan” which according to Labour would leave “young people with a lifetime of debt”.

Corbyn’s campaign, which uses the hashtag #ToryPriceTag, has collected over 155,000 signatures so far out of the 200,000 expected, after the initial goal of 100,000 was pushed back twice. It directly addresses David Cameron and the Conservative Party’s politics, with Corbyn accusing them of imposing a “tax on learning”.

“The Tory government repeatedly dumps the burden upon the young.”

In a speech to the Commons, Jeremy Corbyn called the White Paper “an insult to the aspirations of young people wanting an education.”

This coincides with the recent resurfacing of a letter George Osborne wrote 13 years ago. Osborne wrote that the university tuition fees which were then only just being introduced, were “very unfair” and mentions that the Conservative Party intends to “scrap tuition fees altogether when we are next in government. Education will once again be free for students.”

The relevance of this letter today has however been questioned by current Conservative MPs. Just six years after Universities were permitted to “adjust to new demands” by requiring UK and EU students pay fees going up to £9,000 and over 15 years after these were first introduced in the country, the new White Paper draws the outline of a new system devised to encourage competition between institutions. Both of these previous decisions had been followed by student protests in different parts of the nation.

If put in place, this system will have a particularly strong impact on high-achieving universities, allowing them to go beyond the original capped amount in order to respond to inflation and high demand from the year 2016/17 onward. Universities will be expected to provide detail of their graduate employment rate, as concerns were raised last November that the equal price of studies led to low-quality teaching being paid for Chancellor of Oxford University, Lord Patten, under scrutiny this week the same way as better teaching was. A set of awards handed out to universities and colleges yearly would also invite private institutions to develop further.

Louis McEvoy, Christ Church historian and member of the Labour Party, told Cherwell, “There’s no question that the Tory government disproportionately coddles and caters to pensioners, while repeatedly dumping the fiscal burden upon the young. It’s egregious and it’s wrong, but the only way to solve it is for us to encourage more young people to vote.”

First year French and German student and signatory of Labour’s petition, Sophie Sythes commented similarly, “I have always found it unfair to place an economic value on any kind of education especially when it is such a vital factor in the future prospects of young people. Due to the increase in tuition fees young people from working class and even middle class backgrounds are becoming increasingly discouraged. I am becoming increasingly concerned by the conservative government’s attitude to education, especially when other European countries such as France and Germany are offering high standards of education for free or at very low cost.”

According to Univ historian Peter Saville, the White Paper has both advantages and weaknesses. “The government’s white paper would encourage transparency whilst encouraging students to look at value for money. When Oxford graduates earn on average considerably more over a lifetime than the average Russell Group University, it is important that the University is able to demonstrate that it can compete in a market for the best graduates and an altered funding structure would play into that.” 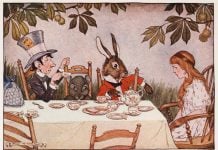