As they entered the pub they felt a distinct lack of welcome. They were conspicuous in their dress, demeanour, accent… everything. Wandering through the smoke filled haze of the anteroom of the building, they cut straight to the bar, only to be disappointed by its lack of staffing. After waiting several minutes, an eight year old girl came over and said, brazen and blunt as would be thought possible, “What’s it going to be then, eh?”

Slightly shocked (but at least happy to be served) they ordered a round of Boddingtons, at which point she promptly began to pull pints from a tap that extended well above her head. After receiving them, they walked over to the back of the pub, where they sat and sweated slightly in the early summer heat as they took their first sips. The girl likewise swung out from behind the bar and walked over to the embrace of a toothless man who was sat by the pool table.

“Alright then lads, how about a game of pool then?”

He was bald, young and snivelling, making frequent recourse to a bag and a key which he kept in a loose top pocket of a nondescript brown jacket. Why the hell not, a shrug, and the game was underway.

“I bet you’re wondering how I got so good at this,” he said as he potted another of the spots.

“Well, it’s what you get from practice,” he grinned arrogantly. “All we had in prison was a pool table and fuck all else to do with our time.”

He proceeded to drink half the rest of his pint and with a sniff and a snort was back to the game.

“Sure – I’m Peter, and that’s George,” at which point the toothless Gavin strode over to the bar with the confidence of someone who owned the establishment and brought over three more pints.

Feeling woozy from lack of sleep and several pints in, Peter and George were beginning to feel slightly wary of the man stood on the other side of the green felt of the table who periodically hugged the eight-year-old girl and by turns proclaimed angry remarks about his experiences in prison and the fight that got him put in there, swaying from one leg to another as he spoke.

“I tell you, it’s the drink,” he said. He looked over to the bar and for the first time the gleaming grin was wiped from his face. “It destroys people, I’ll fucking tell you that. You see the crackheads come wandering through here and they’re shaking, fucking twitching and unable to look you in the eye; paranoid bastards, but I don’t know many of them. They’re not my mates anyway, can’t be mates with a crack-head. No, it’s only drink that does it as I see it.”

“Have many of your friends drunk too much then?”

“Yeah… you could say that. But I’m not gonna be crying on the dusty burial ground anymore.”

“Cos I’ll probably be the next person to be there.”

He snapped his head back to look at Peter and George with an alarming severity and started laughing. The laugh was hollow, empty; devoid of any reference point save the stark realisation of his own impending doom which lay over him as certainly as the dirt that he had shovelled, hour upon hour, upon friends lying with epitaphs and eulogies and declarations of love that meant nothing with the receiver of those declarations putrescent yet peaceful in their death.

“It was all of us, we had no fuckin’ chance at anything. I can tell you lads have got something, maybe you’re at uni I don’t know. And I know none of this offers an excuse I’m not saying that; but I was never given that. We were never given that. We have a good time while we’re here but we won’t be here long. Look at my family, look at my niece,” he said and stared at her keenly. George and Peter looked also, and she stared back with insouciant menace as he turned back to face them, “We’ve none of us got a chance such as you lads clearly had. And then you get the bottle and then that life has you got in its sway,” he took a sniff from his pocket, “and there’s nothing you can do, except accept it,and hope that at the very least you can enjoy yourself while you can.”

He took his cue and placed it between his first and second finger, slowly but rhythmi-cally measuring his shot. With the expert skill of a life lived in prison halls and public houses, he potted the black. “Now it’s your turn to get a round,” Gavin said as he drained another pint.

He stared at them coolly, and looked them straight up and down as if he had finally got the measure of them. Posh twats veering into a world that was well beyond them; voyeurs into a life, a world which would never know them, and which would always seem far more alien than any other country could provide. And they looked at him and hoped that they would never see themselves so ruined, deeply aware of how easily their places could be changed. With a noncommittal shrug, Peter agreed to get the round. 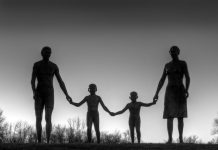