Solidarity for victims of sexual assault at the Radcam 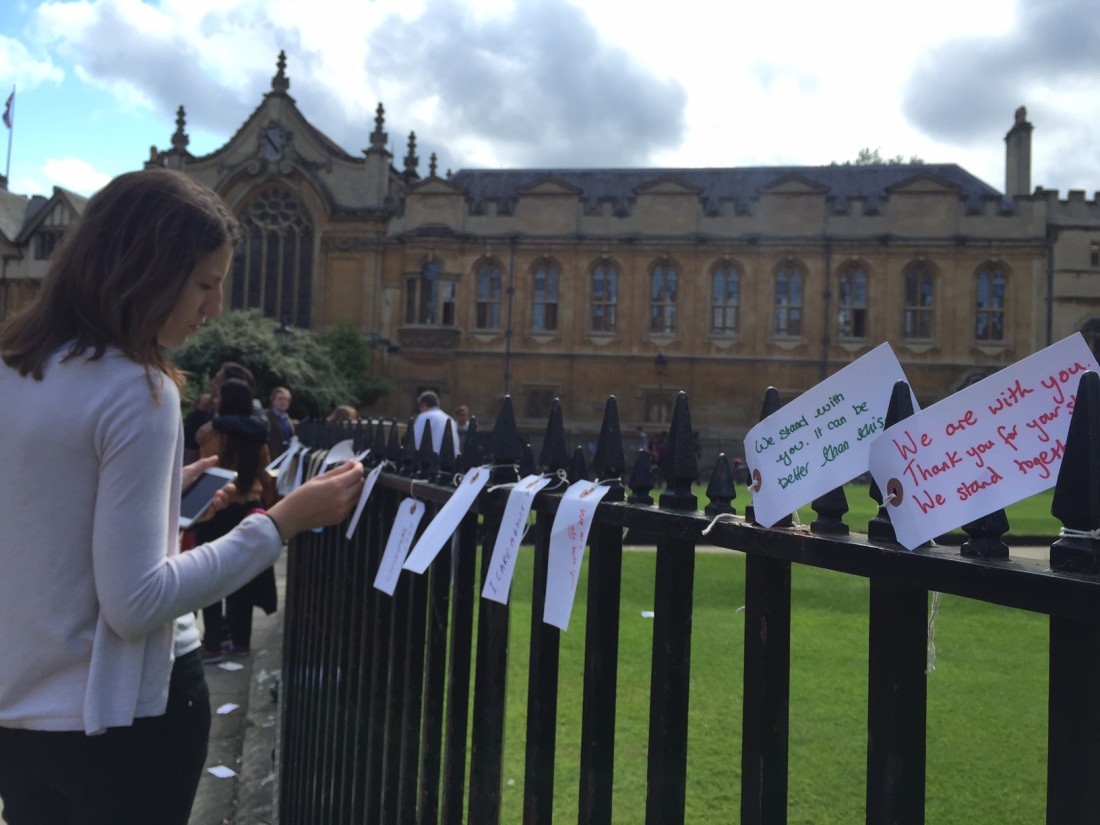 The gates of the Radcliffe Camera have been covered with notes expressing solidarity for victims of sexual assault.

“To girls everywhere I am with you” is written across one large banner. On smaller notes others have written “It is not your fault”, “You are not alone” and “It happens here too – a survivor”.

These shows of solidarity come amid international outrage following the sentencing of Brock Turner. Turner, a former Stanford freshman, was caught assaulting an unconscious woman behind a frat house in 2015. He was recently sentenced to six months in jail after being convicted of sexual assault, which carries a penalty of up to 14 years.

During the trial, Turner blamed Stanford’s “party culture”. His father pleaded that his son should not go to jail for “twenty minutes of action”.

A petition to remove Judge Aaron Persky from the judicial bench for his leniency has received close to 1.2 million signatures.