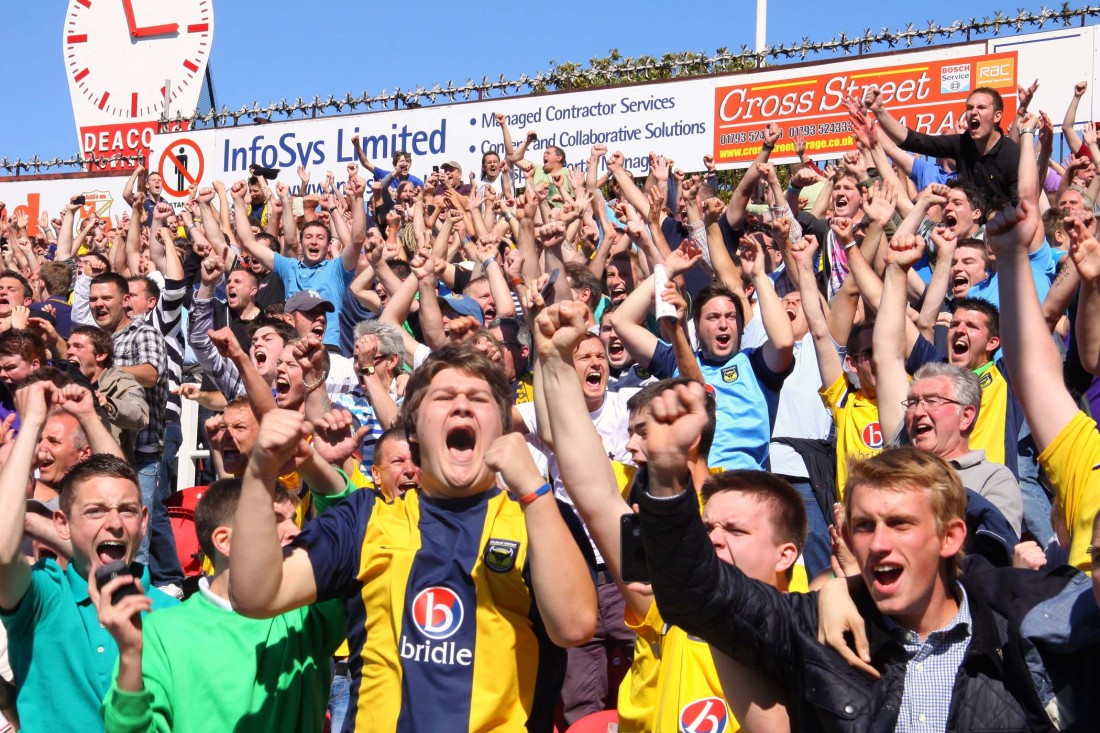 Oxford has jumped nineteen places in the list of ‘greatest sporting cities in the UK’ following Oxford United’s promotion to League One.

Oxford rose from fortieth to twenty-first in the latest rankings, now ranking as the fifth best city in the South East. The ranking, compiled by ESPN and the University of Bath, compares cities based on how enjoyable they are for their sporting supporters. The 2016 list puts Oxford alongside Portsmouth, Middlesbrough and Derby.

The city received the top score in the country for ‘participation’ – number of adults regularly playing sport – and claimed third position in the ‘value for money’ category.

Oxford United chairman Darryl Eales told the Oxford Mail, “It’s fantastic news for the city and shows Oxford, and indeed Oxfordshire, is very much on the up.

“Oxford United are proud to bear the name of this wonderful, historic and world-renowned city and to play its full part in helping create a real community spirit based on building a club that is at the heart of the community and seeks to make a positive difference to all.”