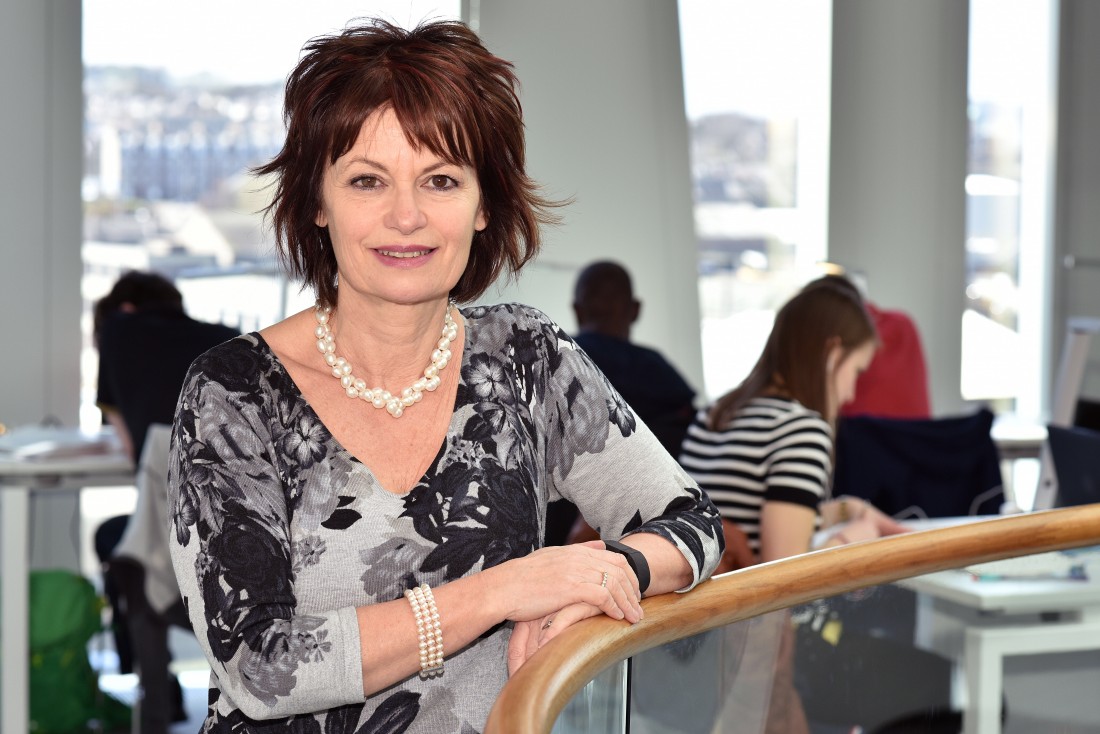 Professor Dame Anne Glover is one of the most influential women in science. Initially a “traditional” scientist who developed a novel system for monitoring soil quality by genetically engineering microbes to emit light, she later became Chief Scientific Advisor for Scotland and then for the European Commission. Her time as a political advisor ended in 2014 when the European post was controversially scrapped. She spoke to Cherwell about her career, the relationship between science and politics and the challenges facing science today.

Yes, I was at a conference with my first PhD student in Portugal and we went for a midnight swim. She stood up from the water and was simply glittering from head to foot – these were tiny bioluminescent crustacea. It got me thinking about the bioluminescence reaction which is rather interesting: most reactions are not 100 percent efficient and [wasted] energy is usually given off as heat, but in this case energy is given off as light. Enjoying the friendship of many colleagues in different areas of science, we discussed whether we could apply it to track organisms, bacteria in particular, in the environment. Bioluminescence tells us all sorts of interesting things about an organism: whether it’s metabolically active, how you can activate organisms to make them do things like clean up pollution in the environment and about the ecology of the organism.

From there you took a career turn and held the position of Chief Scientific Advisor for the European Commission.

Well that sounds massive the way you say it! Until I was in my late forties I had a very traditional scientific career—writing papers, getting grants, having PhD students, teaching undergraduates and so on—although I’d also done things like been on the governing body of the Natural Environmental Research Council so I’d had some introduction into policy for science and what you do with the knowledge generated from scientific research.

I spent five and a half years seconded part-time to Scottish government as Scientific Advisor to look at evidence for policy making; if you like, science for policy rather than policy for science. Because I’d enjoyed that so much I then accepted the post of Chief Scientific Advisor for the President of the European Commission. It was a big step but amazingly enjoyable.

Was it difficult at any point to keep a healthy dialogue between science and politics?

Yes, because politics is a marriage of lots of things such as evidence, necessity, philosophy, economy, and sustainability. In science we tend to look just at how we can unpick and understand our particular area of interest but sometimes, in politics, the evidence is a little inconvenient. My role was always to try and provide challenge. I think what success would look like—and I don’t think I ever fully achieved this, in fact I know I didn’t—is if I could get politicians to say, ‘Well the evidence tells us one thing, but for other reasons we’re actually going to do another, and here are the reasons…’. But politicians are still reluctant to acknowledge the evidence when it doesn’t suit their philosophy and I think that everybody loses when that happens. The politicians lose because it can be demonstrated that they’re misrepresenting the evidence, science loses, and indeed citizens lose because they pay for much of the evidence being produced.

The post of Chief Scientific Advisor and the bureau for the EU no longer exist. How is science presented to the EU now in their absence?

Because the entire scientific community across the EU and much further afield objected very strongly and very vocally to the role of Chief Scientific Advisor being discontinued, the Commission responded and have something they refer to as the ‘Science Advice Mechanism’. That’s seven individuals of the highest quality representing a number of different scientific disciplines, including social science, across Europe who have had experience of not just working in the scientific environment but also working at high strategic levels with governments and funders. I suppose what they don’t have is the same figurehead that the CSA provided. That role has to be borne more by the Commissioners. I think we’ll have to wait and see how the Science Advice Mechanism delivers. It’s early days but I would be optimistic that they will be able to do many things that will have a positive impact.

One of the things I’m very proud of in the UK is that we have the Science Media Centre which has a database of people who are willing to talk on specific issues to try and address what was a deficit: when a story broke in the media and they didn’t know who to go to for credible comments. It’s independent and they give media training to scientists, but also journalists can get comments from people who are highly credible and expert in particular areas which can help to undermine any misinformation that’s going on.

This was partly set up in response to the MMR triple vaccine issue which the media saw as a big scoop; they love controversy. So I would say my disappointment with our mainstream media is that it prefers sensation rather than clarity, but there’s variation across the media of course. In a scientific environment that’s anathema really; what we want is clarity.

Many of us for a long time have been concerned with false balance. If 99.9 percent of scientists think that climate change is happening and it is highly influenced by human behaviour and 0.1 percent think it isn’t and you give equal airtime to the 0.1 percent then that’s a false.

If there’s one thing I would say to scientists it’s for goodness’ sake speak out! If scientists don’t do it then who do they imagine will? You think when you do small things that they don’t make a difference, but actually they all add up. Everything that we do is underpinned by science, technology and engineering. It could not be more important whether you’re in the UK, the EU or a global citizen.

I think it’s good to see that there’s a chink of light, that people understand that science is for everyone and we should make an effort to communicate it, for one because it’s so blooming exciting! It’s just so interesting! In the nineteenth century it was entertainment. People used to come along and look at science experiments. Well, we’ve got an obligation as scientists to continue that and let people share in the excitement and joy of what we do.

To round off, what do you feel is the most pressing issue in science today?

Actually I think it’s a little bit what we’ve been talking about; it’s getting our voice heard and getting the value of science acknowledged. At times when being able to secure budget and investment is very pressing I think we need to make people understand that investment in science is an absolute necessity, it is not a luxury.

Taking advantage of all our talent [is another issue]. I’m particularly concerned about gender issues and any minority issues; we need to get full excellence and creativity; we need to be pulling from the widest possible spectrum of people. We need the best.

And the last thing—maybe it should be the first thing at the moment—is how are we to protect our science excellence in the UK, which is so important for our future if we have a Brexit? And that requires all our creativity to think about possibilities and continued collaboration. For science is an international language, an international pursuit. We can’t do it as the UK on its own, it’s just not possible.