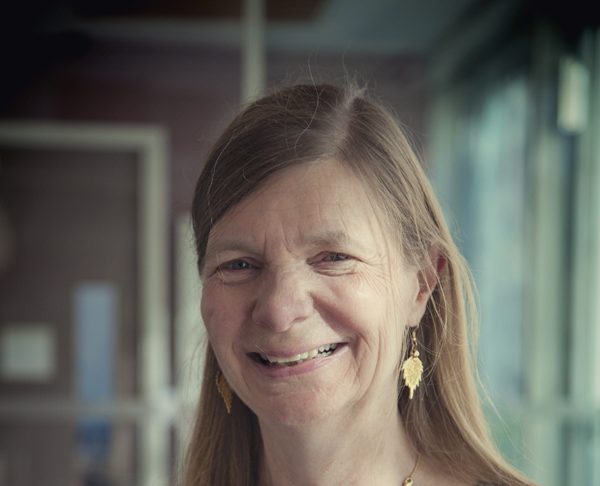 Elspeth Garman is a Professor of Molecular Biophysics in the Oxford Biochemistry department. Working at interface of all three core sciences, she has helped develope physical techniques in a ﬁeld that has yielded 28 Nobel Prizes to date, unpicking the chemical properties of biological molecules. One of these techniques, cryo-crystallography, is now the principle method of protein structure determination worldwide. Elspeth told Cherwell about the Garman limit, misogyny she has faced in her career, and why, even after numerous awards marking her as a forerunner in her field, she is most proud of her graduate students.

How would you describe what you do to the layman in the street?

I like talk to all sorts of people that I meet on buses and in taxis and the way I explain what I do is find the three-dimensional shape of big, biologically important molecules—proteins, which are like strings of beads that wrap up like wet spaghetti. Why do we need to know the shape? Using insulin as an example, from knowledge of the 3D shape of insulin we have been able to see what’s on the inside and what’s on the outside [of this protein] and how the mechanism of glucose regulation works. From that shape it has been possible to make a synthetic insulin which is absorbed more slowly by diabetics, so they benefit by not having to inject so often.

The method we use sounds ridiculous: we grow crystals. The biological molecules line up like soldiers, but 3-dimensionally, so upwards as well. It’s not like a diamond crystal, which is hard and only has carbon in it, because we have gaps between our blobby molecules which have liquid in, so it’s like these soldiers are in a swimming pool. If they are removed they tend to bend and not stand to attention in same way; we rely on the fact that all the soldiers are standing to attention to get our [X-ray] scattering. We hit them with X-rays and from [the way X-rays scatter from the molecule] we can deduce the shape.

The actual growing of the crystal is more luck than good management. It’s trial and error. In a recent project we tackled, the tuberculosis enzyme, we set up seven thousand crystallisation conditions and we only ever grew one crystal which was only 23 microns [one fiftieth of a millimetre] in size.

I gather you are very instrumental in improving the techniques used rather than working on the results.

The things I’m known for is development of cryo-crystallographic techniques. Now nearly 90 percent of Protein Data Bank [the primary protein structure reference database] entries are determined like this. We plunge-cool the protein crystals into liquid nitrogen and then we collect data with a gaseous nitrogen stream at 100K [-173°C]. Why do we do that? Because we get on average seventy times more data at cryo-temperatures than we get at room temperature. At room temp you need tens of crystals because the radiation damage is so intense.

I [helped by] putting some systematic physics onto the problem, and we made a lot of gizmos. I found that my baby’s hair could make very nice loops [to hold the crystals]. It is quite difficult to tie the loops so I made a little machine which helps you do that, then we would loop the crystals, like bubbles, using surface tension of the liquid to hold the crystal in the loop, then plunge-cool it.

What my group looks at now is trying to understand the damage the X-rays are causing [to the proteins] to give people an idea of how many X-rays they can put on their biological sample before the information yielded is compromised. In 2006 we published a [seminal] paper which gave the experimental dose limit, embarrassingly called the Garman limit. It is great to have something named after you, it was the best experiment I’ve ever thought of and I’m very proud of the way my student and I did the experiment.

What makes you get up in the morning?

One hears a lot about the gender gap in science. Having spent your entire working life in science, particularly in physics, how much of an issue do you feel it to be?

It’s not changing as fast as we’d like and yes it is an issue. The problem in physics was I was the first female graduate student for fifteen years in the area I was in, so you bore the flag for all women-kind. If you did something stupid it was because women were stupid, not because Elspeth made a mistake. I found that difficult. And when I was younger collaborators and people who wanted to talk science with me got teased by the other men. I tended to just plough on. But there were advantages as well as disadvantages; the worst moment—the worst I can put on record anyway—was when I went to my first international meeting in Berkley, San Francisco with 992 men and eight women. The equal rights amendment had just come in in the States and the physics department had been told it had to recruit a female nuclear physicist. In five days I was offered twelve jobs, only one of which was a genuine ‘fit’ for my experience and research interest. It was the most demeaning, degrading experience—job offers just because I was female. Unfortunately in the States in nuclear physics a few women were taken on who shouldn’t have been, filling quotas rather than selecting the best candidate, and then subsequently more women weren’t welcomed as the earlier one had been no good. This back lash was quite serious and makes me very hesitant about positive discrimination, so I am torn.