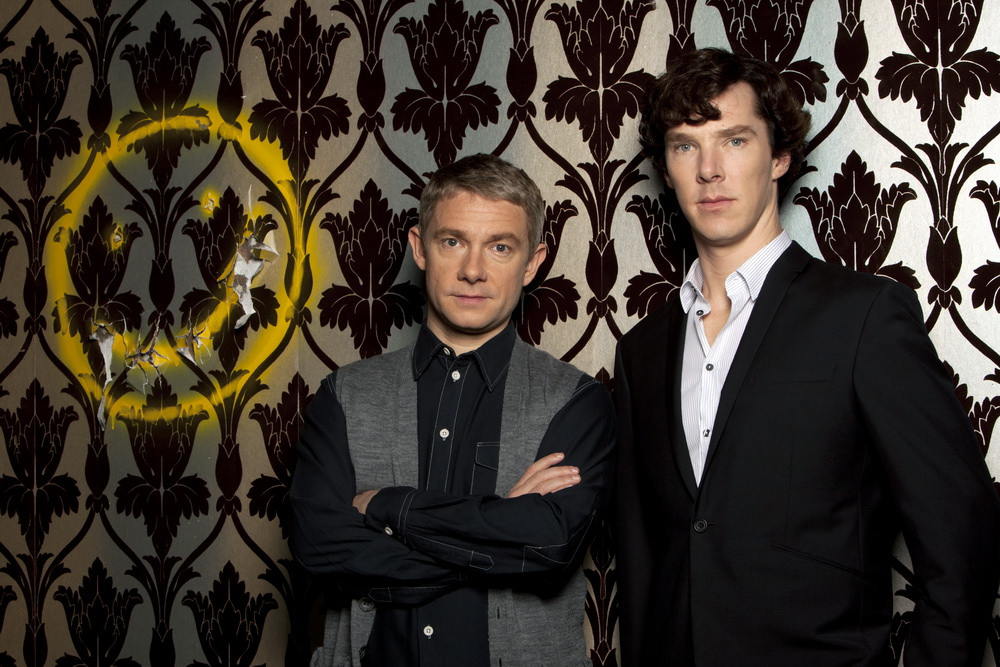 This series of Sherlock is particularly varied, playing around with genre far more than usual. The first episode, ‘The Six Thatchers,’ feels at many times more like an action or spy film than a detective drama. The third, ‘The Final Problem,’ shifts more in a Saw-style horror direction, with a tone perhaps the most unremittingly dark of any episode to date. However, the fact that the second episode, ‘The Lying Detective,’ which sticks most closely to the usual tone and nature of Sherlock, is by far the most enjoyable of the series, creates doubt whether this variety particularly adds anything.

While I enjoyed ‘The Six Thatchers,’ it didn’t quite live up to my high expectations of Sherlock. The plot is thrilling, but lacks the programme’s usual intrigue and vibrancy. It is too obviously designed to square away series three’s complications, with Sherlock’s murder of Magnusson rapidly hushed up, and to set up for the rest of the series. Too much of the storyline works backwards from the goal of bumping off Mary, rendering it too obviously engineered. John’s text message affair seems out of character, rather than exploring any existing flaws, meaning that his guilt and self-criticism lacks emotional resonance. The opening mystery of the dead boy in the car feels comfortingly Sherlock, and the conflict between the domestic responsibilities created by new parenthood and Sherlock’s world of cases and adventure is gently comical. However, the case isn’t connected well into the rest of the storyline, and the episode feels somewhat fragmented.

‘The Lying Detective’ really reminded me why Sherlock is so well-loved. It is emotionally poignant, psychologically appealing, with an appropriately intricate plot. Short- and long-form plotting are well balanced: the episode is built around a central case, while subtly riddled with hints about the new villain – the structure which served the first two series so well.  Culverton Smith is a perfect single-episode antagonist, creepy and compelling, tapping into fears about how money and power can thwart justice, through parallels with Jimmy Saville, and arguably Trump. The aftermath of Mary’s death is handled powerfully, and Sherlock’s obedience to her requests for his near self-destruction is frightening in its earnestness. Sherlock and John’s moment of agreement that Sherlock ‘killed [John’s] wife’ is heartbreaking, and the healing between the pair is convincingly incomplete. The camerawork used to portray Sherlock’s drug-addled state is beautiful and appropriately disorientating, meaning that we, like Sherlock, can not necessarily trust what we are seeing. Our brief loss of faith in Sherlock’s powers of deduction, usually such a reassuring certainty, becomes deeply unsettling.

Perhaps most welcome in this episode, however, is the return of the programme’s sharp comedy. Humour at John’s expense when people think his blog is kept by Sherlock during tense moments at the hospital only helps increase frustrated suspense, and we are treated throughout to classic Sherlock frankness: ‘I’m not sweet, I’m just high.’ The uncontestable comic star, however, is Mrs Hudson, as she masterfully manages her tenants, disarming Sherlock through a pretence of dropping tea, and persuading John to examine Sherlock before revealing that he’s locked in her car boot. Seeing an elderly female character with such self-assurance and strength is always wonderful, in particular the revelation that it is she driving a red sports car at top-speed, pursued by a police car and helicopter. No one could help but giggle as she reveals regarding Sherlock’s handcuffs that she’s ‘borrowed them before,’ or declares self-importantly, ‘Of course I didn’t call the police. I’m not a civilian!’

Euros’ control over ‘The Final Problem’ enables interesting psychological and ethical exploration of Sherlock’s characters, but changes the show enough to make the summary-style ending seem disingenuous. The choice to close with a focus on the legend of Sherlock Holmes, with Sherlock and John replicating at 221B all the marks and bullet holes that had previously built up naturally, rather than on the characters and relationships that are the real heart of the programme, ends the series on an oddly insincere note. The sudden disappearance of John’s trauma-induced hallucinations of Mary, Sherlock’s new concern for his own life after her sacrifice, and the damage to their friendship, also feels somewhat false. Euros, however, proves a formidable replacement for Moriarty, her exploitation of his legacy creating a satisfying impression of him passing on his role. Although we miss his electric and fun brand of evil, her clinical amorality is gripping in its own way. The extended flashback sequence featuring Moriarty was fun and well executed, exhuming his taste for oddly-placed pop songs, homoeroticism and sheer love of destruction – and I am sure everyone is relieved that the writers resisted the temptation to bring him back for good. Moriarty’s posthumous involvement in Sherlock finally feels finished.

This series of Sherlock had three good episodes, but only one great one. Euros was a worthy new villain, and if Sherlock does continue then I would love to see her return, although hopefully within a series less overambitious with its genre-play.