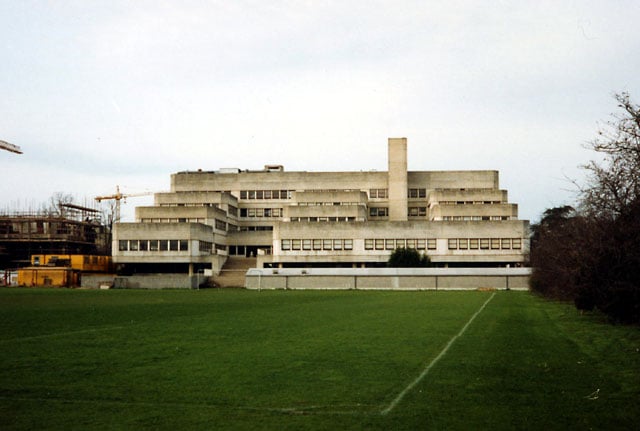 Students have been hit by a string of relocations and delays for practical work and lectures following the closure of the Tinbergen building on Monday after a major asbestos discovery.

The Tinbergen Building, which is home to the Departments of Zoology and Psychology, is not expected “to reopen for around two years,” according to an Oxford University statement.

More than 200 air quality readings were taken in the Tinbergen Building since September 2016. However, the building was deemed safe until the discovery of new asbestos earlier this February, which prompted its sudden closure. The University has reassured students and staff that they “do not believe there is any risk to health”.

Numerous affected students have informed Cherwell of their dismay at a lack of information on the rescheduling and relocation of their lectures and crucial practical work, which for some forms a compulsory part of their course.

An anonymous source told Cherwell that in several instances DPhil studentships have had to be extended as a result of the closure of the building. The disruption means that they are unable to complete their lab work, and could have to wait possibly months to be relocated.

There were mixed responses from students on the impact of the closure. Second year Biological Sciences student Maisie Vollans told Cherwell: “Our practicals have been postponed, and we’re waiting to hear where and when they’ll occur. Our main concern is our research projects we’ve planned in Trinity Term, many of which were arranged to occur in the labs in Zoology.”

She added: “We’re given regular updates by our head of department on the fate of our projects and practicals, however it currently seems quite unclear what will happen.”

Similar concerns were expressed by first-year Biological sciences student Henry Grub, who said: “We have had no word on the lab sessions, most likely cancelled for at least this week. Finding the available space is proving difficult.”

He added: “It’s very disappointing from our point of view, last week we spent four hours preparing special E.Coli slides for use this week — chances are now they’re in the bin.”

However, some students appear to have been less badly affected. Third-year biochemistry student Cameron Henderson told Cherwell: “The closure doesn’t affect me too much person- ally, other than the cancellation of my labs that were meant to be this week. Instead, we have been kept updated and it seems we are going to do them in the Medical Sciences Teaching Centre during Eighth week. Albeit not the full practical, but enough so we can complete the necessary work.”

For first-year undergraduate Biological Sciences students, practicals are a compulsory part of the course. The closure of the Tinbergen Building has caused concern that these requirements will not be met.

Associate Head of the Zoology Department, Tim Coulson, told Cherwell: “We have been able to continue all the lecturing on the biological sciences degree course we had scheduled for all students. We have had to cancel a small number of practical classes for the first and second years on the biological sciences course. Teaching lab space is being set up, or has been offered, in other departments and we are currently making sure it will work as we need it to. We will be able to teach everything on the syllabus as planned.

“The students and staff have been amazing during the crisis, but of course it is a difficult time.”

Some students have had their lectures take place in the Natural History Museum lecture theatre. This is significantly smaller than the theatre used in the Tinbergen Building, with one lecturer describing it as the “refugee centre”.

Oxford University said it is “working to minimise disruption to all staff and students” and does not believe that any face a threat to their health.