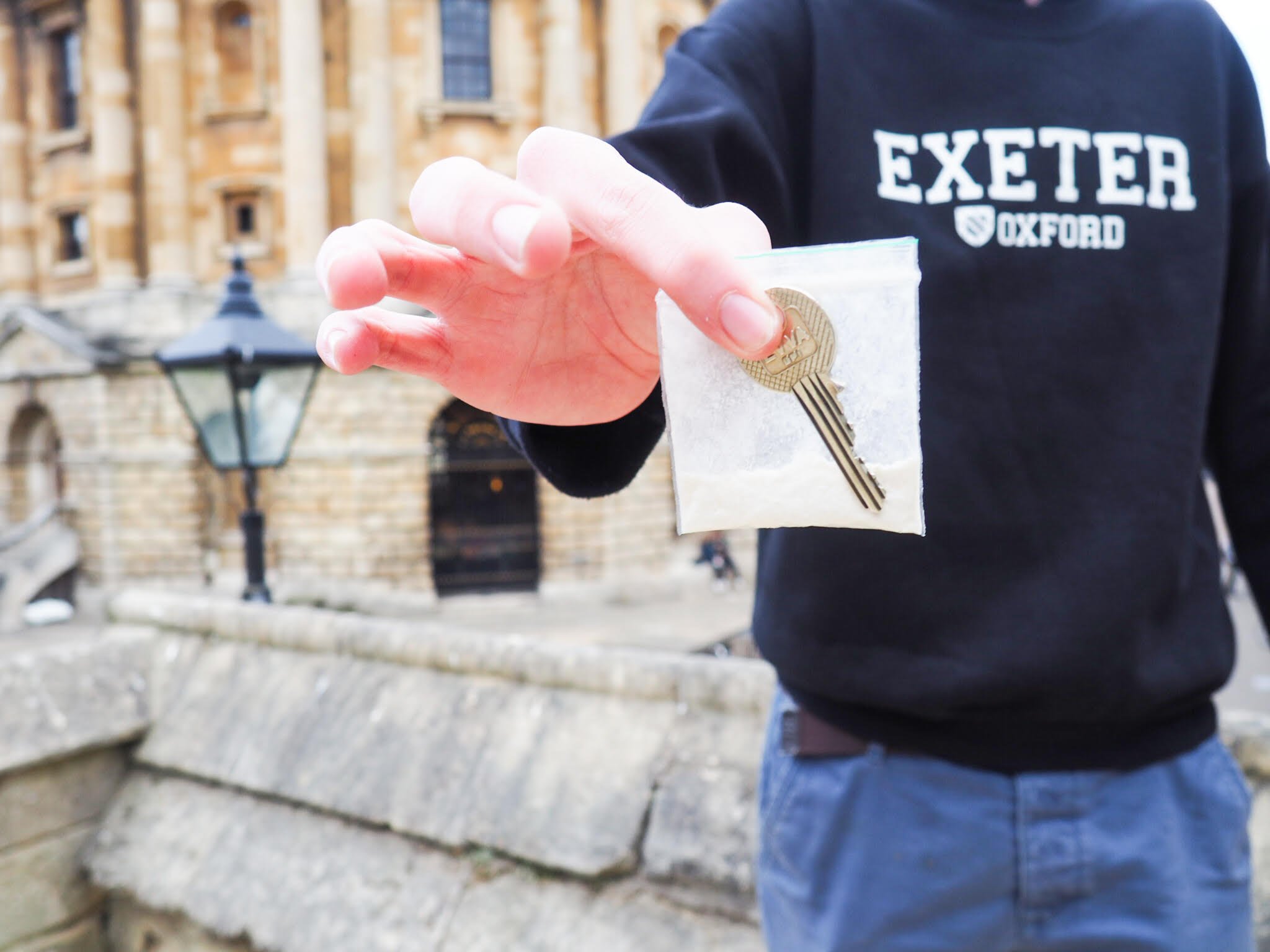 Exeter College students have been warned against publicising their use of the Class B party drug ketamine on social media, in an email from a Junior Dean.

Michelle Hufschmidt sent the email to Exeter College undergraduates, in which she said: “Exeter students have alleged to ketamine use on public Facebook groups.

“This means your comments can be seen by anyone, including your friends, tutors, and fellows of the College. It can also be seen by future employers, which is especially important for those studying law or medicine.”

The email also reminded students: “It is a criminal offence to use, manufacture, offer, sell, or give, any drug, the possession and use of which is forbidden”, and urged those struggling with drug-related issues to seek medical and psychological support.

Although ketamine is licensed for use in the UK as an anaesthetic, it is banned for recreational use.

This allegation comes in light of the increasing popularity of ‘Oxfess’, ‘Oxlove’ and ‘Oxfeud’ pages on Facebook. These allow students to anonymously post about things which they love, have been annoyed by, or want to confess to. It is alleged that Exeter students have been tagged by their friends on posts and memes on these pages that relate to ketamine use.

Students have hit back at the email, claiming that the Facebook posts were merely jokes. In response to the email, an Exeter student told Cherwell that the Junior Dean “should recognise a joke when she sees one”.

Following the email, which was sent on Wednesday, Exeter’s own college Facebook page has been awash with memes mocking the message.

Hufschmidt told Cherwell in response that “it is a Junior Dean’s responsibility to take seriously any suggestion of students’ drug use.

“The College would far prefer to make the mistake of missing a joke than to err by ignoring a potential student drug problem.”

Ketamine, when used recreationally, reportedly gives users a ‘floating or detached feeling’. Some feel as if their mind and body have been separated, which is often referred to as ‘entering the K-hole’. The drug is linked to memory impairments and long term bladder damage, and to more than 90 fatalities in England and Wales between 2005 and 2013.

But students have spoken out about the benefits of using ketamine on nights out.

A Mansfield undergraduate student told Cherwell: “Exeter College need to get off their high horses. Sure, some students may find themselves in a hole if their future employers caught a sniff of what they were doing, but it should be up to the students to draw their own line on what to post online.” An Exeter student who received the email said that “a good key on a night out really hits the spot”, referring to the method of snorting the drug from a key for ease of use in nightclubs.

A Chemistry student added: “Ket is great. It combines well with everything. MDMA and ket, booze and ket, ket and ket, et cetera.

“Given that clinical trials of everyone’s favourite ketone and amine combo have just begun at our very own university probing its potential as an antidepressant, and that Oxford’s mental health provision is often rather lacking, this is a disappointing step.”

An Oxford University study, conducted over six years with more than 1000 patients, showed that 42 per cent of patients with treatment resistant depression reported positive effects of ketamine use.

Speaking to Cherwell, the sub-rector of Exeter said: “A student posted a comment on social media about ketamine use.

“It is understood this was written purely in jest, but a college has a responsibility to take seriously any suggestion of drug use and we felt it was appropriate to remind students that it is illegal to possess or use ketamine, that posting comments about it on social media has the potential to restrict future employment opportunities, and that support services are available for anyone concerned about drug issues.”

In a statement, Oxford University said: ” The University is always concerned when any use of illegal substances comes to light, although there is no evidence that the problem is any greater at Oxford than in any other community of young people.

‘All students are given information about the long-term health consequences of drugs misuse and the likely serious effect on academic studies. Information is also made available about where students can turn for help.

“Clearly, the misuse of such drugs is illegal and the University and Colleges have a firm disciplinary framework forbidding their supply, possession and use. However, for a small number, the misuse of drugs can also become a serious health problem and the university and colleges recognise the need to address this with pastoral support.

“For this reason, they provide easily accessible, confidential support through the College Doctor system and the University Counselling Service. Both these professionally staffed services are able to refer students to specialist help where necessary and to support anyone who wishes to try and overcome their problem.”