The main exhibition at the Ashmolean this term, Imagining the Divine, has already had rave reviews up and down the media landscape, from this student publication to the heady heights of The Guardian, so I will presume that you’ve already been to see it. However there is also another, smaller exhibition opening this week, with considerably less fanfare than its grandiose sibling, but equally affecting and important. Those Who Follow (open until 20th March 2018 in the Ionnau Centre on St Giles) is a simple collection of photographs, with a very simple goal. Unlike Imagining the Divine, which seeks to explore the material culture of world religions over the course of a millennium, Those Who Follow serves as a simple record of religious observances in modern day Oxford.

The pictures themselves are somehow quotidian, and yet hauntingly beautiful. Thirteen places of worship are displayed, representing the five major world religions also included in Imagining the Divine. There are two photographs for each building, an exterior and an interior – very rarely do these two pictures intersect quite as we’d expect. To this end, they interrogate our expectations of sacred space – how do we know that a building serves a religious function? A semi-detached house on the Abingdon Road transpires to be the permanent home of a Buddhist Vihara, with large statues depicting the Buddha filling what appears to be a bay-windowed living room. Another former residential house serves as the Quakers meeting House on St Gile’s – the appearance or feeling of domesticity here playing a vital role in the religious meanings it hosts. Similarly the innocuous exterior of the Rosehill Community Centre transformed with red and white fabrics into a transient setting for Hindu worship. As a nation we are so used to thinking about the permanent contexts for religious observance, stone and brick, centuries of religious continuity – understanding other forms of worship, which don’t benefit from, or actively reject, this kind of permanence is eye opening, and must play a role in making our society a more welcoming place.

The pictures are resolutely and defiantly emblems of ‘town’, as opposed to ‘gown’ – we fall into an easy trap of interacting with Oxford, and its representations, as presented to us through the stream of geo-tagged churches and colleges – how many pictures have you seen of the Rad Cam, Tom Tower, or St Mary’s? In some senses this is an inevitable product of a town so reliant on transient inhabitants – students that appear for 8 weeks and then vanish, or the coach loads of thousands of tourists than pass through every day during the summer months. This creates an artificial and lingering feeling of novelty around these ‘highlights’ of Oxford’s built environment – the famous locations that your extended family expect to be shown when you finally invite them for dinner. However, as a result of this rhythmic perpetuation of novelty, our roots are prevented from growing deeper into the built environment – this makes this exhibition all the more important, because it forces us to look at the liminal and the peripheral spaces within this city, and interact more earnestly with the religious lives of the people that actually live here as opposed to the places that tens of thousands pass through.

The photos themselves, taken by Arturo Soto, a fine art DPhil student, hold a wonderful feeling of immanent, and to some extent imminent, worship. There are no people in any of the images, so the spaces seem crying out to be filled with their congregations, to fulfil their purpose. This reflects a theme in the exhibition in the Ashmolean of the divine depicted through absence – the powerful statement made when we present the Buddha by his footprint, or even Jesus through an empty and expectant throne. Just like these artefacts, Those Who Follow make the bold claim that the act of worship itself is in some sense unrepresesentable, and that any attempt would simply do a disservice to the transcendent and complex reality of the practice of faith. A picture taken at a certain angle, at a certain moment in the act of worship could never do justice to the totality of that place of worship. The colour red acts as a striking unifying feature across the pictures of the different spaces. Red is often utilized intentionally within the material accoutrements of worship, but is also caught in mundane, incidental and accidental details such as the sign of the Pizza Hut on George Street (above which is the permanent home of the Oxford Chabad Society). Ultimately the feeling that these images create a cohesive thread between a plurality of faiths, ranging from the Christian Life Centre in a converted cinema, to the flying-buttressed Gothic-Revival traditionalism of the Cowley Road Methodists, brings some hope that a society built on religious freedom and diversity can succeed and thrive.

Curators Dominic Dalglish and Stephanie Lenk should be immensely proud of what they have achieved with this exhibition, which asks important questions about where and why we worship. You should visit it, whether you are of any faith or none, simply to think about how the buildings we spend our lives in affect us, and to appreciate some too often ignored parts of this city we all call home. 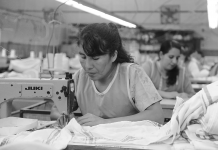 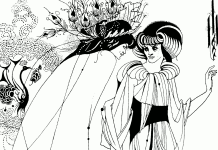 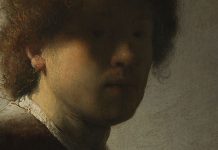 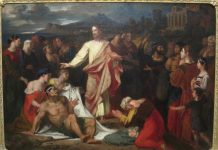 A Crisis of Faith?: the role and responsibilities of organised religion 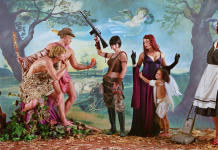