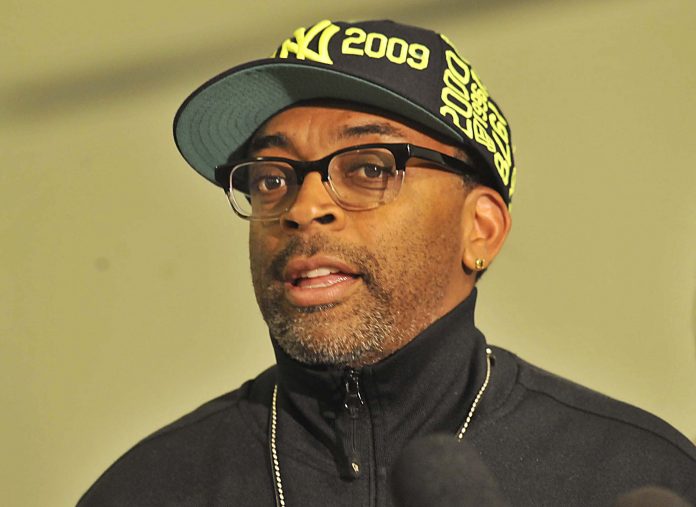 “I’m a sex positive polyamorous pansexual, and monogamy never even seemed like a remote possibility” states Nola Darling, protagonist of Spike Lee’s remake of his 1986 movie She’s Gotta Have It. This bold assertion of female sexual empowerment caused a wide range of groups, from women of colour to the LGBTQ+ community, to eagerly anticipate the show’s supposedly revolutionary portrayal, not only of the lives of contemporary black women, but more broadly of the usually side-lined polyamory. It seemed that the identity of this LGBTQ+ protagonist wasn’t going to be a token plot line.

Unfortunately, the show fulfilled very few of my expectations. In reality, Spike Lee’s series becomes a classic case of using labels for the sake of branding, as opposed to actually taking pains to provide an accurate representation of marginalised identities.

Lee creates a jarring divide between Nola’s polyamorous existence and her attraction to women. Her decision to rekindle a sexual relationship with Opal comes only at the point of her embarking upon a journey of ‘radical self-care’ which involves swearing off men altogether. The implied mutual exclusivity between this same-sex relationship and her relationships with men is, therefore, entirely at odds with her self-proclaimed pansexuality.

Nola is not capable of reconciling polyamory and attraction to her own gender, as all of her encounters with Opal are predicated on her desire to be monogamous. Thus, rather than a legitimate expression of identity, this relationship is turned into a necessary step on the path to character development. While it can be argued that this is at least an improvement on the original 1986 film, where the representation of Sapphic love was even more fleeting, it still lacks nuance.

The role of women as sexual agents has clearly evolved since the original film, both in terms of Nola’s own behaviour and the treatment she faces at the hands of her lovers (all of whom refer to her as a ‘freak’ in the 1986 original). Lee openly stated that he would not be including anything even remotely connected to the controversial rape scene which takes place at the end of the end of the original. Moreover, the respect each of her lovers has for Nola is certainly more tangible in this reincarnation of the story. And yet, the constant assertion that her polyamory is equitable to fear of commitment, along with the continual pressure from each man to instate himself as her singular partner, highlights a deficit in Lee’s understanding of the nuances of a polyamorous existence.

However, it’s by no means entirely doom and gloom as far as the hopes for an empowered feminist protagonist go. It cannot be denied that there is some degree of understanding of the struggles faced by the modern woman. Nola’s interactions with her therapist tackle instances of catcalling and sexual harassment, subjects which will speak profoundly to most female viewers. The constant breaks in the fourth wall also allow us a direct insight into Nola’s thoughts and emotions. We hear her story from her own lips, as opposed to being refracted through a male sexual lens, as so many sexually empowered women on screen tend to be.

It is sad more than anything else to realise that, for many viewers, the uniting of a group devoid of erotic capital (women) and a group whose sexual expression is often stigmatised (people of colour) in the form of one character is still considered ground-breaking. Indeed, we are so starved of representation that critiques in themselves seem uncharitable. Staunch sexual selfishness has long been celebrated in the ‘third wave’ chick flicks and tv shows, but its refraction through the lens of black sexuality continues to be something ‘novel’. Nevertheless, I am hopeful that the broadly positive reception of this reboot will carve the way for more diverse and accurate representation of both race and relationships in the future.