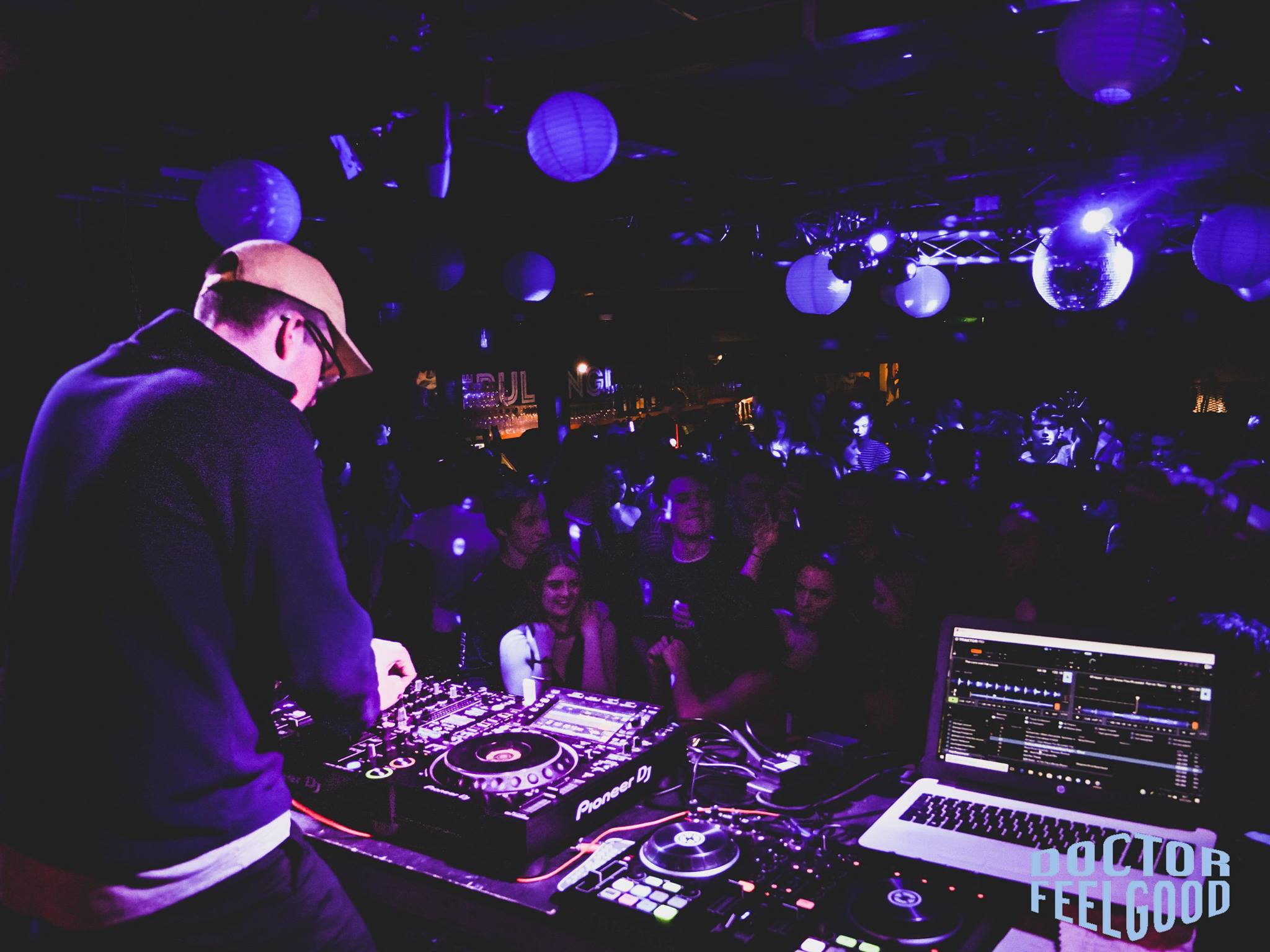 You’ve seen the same post on your Facebook feed for the past seven days – “looking for Doctor Feelgood tickets”. It seems like everyone and their uncle wanted to go to this night. Understandable, considering that it is the first big night after dreaded Hilary collections. The question is – what was the hype all about? The answer was a night very different to what is normally held at The Bullingdon – a promising sign for accessible, student-run club nights.

In contrast to most other big soldout nights in Oxford, Doctor Feelgood is bereft of big names. Boasting a line up featuring the likes of ‘DJ Saïd Business School’ and ‘DJ Solo Live Help’, this was a bold and light-hearted amateur affair compared to the nights of Joy Orbison, Call Super, or  Mr Scruff. A DIY attitude infected the event. DJs interacted with each other onstage, exuding visible chemistry. This brought a personalised attitude that showed care and attention to the table.

It takes a lot of resources to run a Bullingdon night. One has to manage two separate DJ rooms, and there is a lot of space to fill and take care of, not forgetting the significantly greater sum of money required in booking compared to Cellar or Emporium. As a result, the nights held at Bullingdon are rarely run by students – large and mature institutions like Simple or Musical Medicine typically fill the space.

While those institutions are great and attract international names, there is certainly something exciting and motivating about seeing students from the same college and university up there playing in The Bullingdon. Hopefully we can trust our own people to know exactly what kind of music we want to hear – they sat through the same collection as us after all!

In contrast to the usual claustrophobic, cavernous atmosphere of The Bullingdon, a grand disco ball, hanging lanterns and swirling blue lights gave the room an airy feeling. Some things never change though, with the usual pranged out ravers clinging to sweaty side walls. However, the dancefloor’s centre had a far breezier and more laid-back atmosphere. The décor and music encouraged punters to treat each other with less aggression than usually seen.

For the past few years, the kind of student night that has been in vogue has been much more focused on aggression. Ever since the triptych of grime hits in 2015, grime has been back on the scene as the sort of sound students look for in a night out – faster paced, rawer sounding and shouted lyrics. Genres like bassline, grime, and drum and bass are all the rage – the dirtier the drop the better. Obviously, there’s a place for this music and it is understandable why it is so popular right now – students have plenty to be angry about from tuition fees and house prices to Brexit and Trump.

Doctor Feelgood on the other hand offered laidback and upbeat vibes – something that we all need following collections. House was the main focus – globally big, but locally underrepresented. Highlights included Gerd Janson & Shan’s ‘Surrender’, Kink’s remix of ‘Sunshine’ and Todd Terje’s classic ‘It’s the Arps’ – all summer anthems of their time. Those looking for a night with a harder sound may be disappointed.

This is not to say that the night was a uniform mix of slow burning fun songs. The pace of the night varied considerably, the pressure would drop back as a disco oldie played out before slowly rising to moments of percussive techno, all the time maintaining a bouncy and free sound. ‘Calypso’, a Carl Cox favourite, was a particularly hyperactive moment of the night.

In terms of mixing, the skill on offer was mostly good. Pop jams like ‘Doctor Pressure’ and Dannii Minogue’s ‘Baby Love’ fitted seamlessly into more obscure tracks to offer something for everyone. There was the occasional sloppy mix, but – considering we are dealing with local talent DJing difficult to mix melodic house – that is to be expected. The entire night exuded a summery energy that almost made one forget that we are in the depths of January.

For all my talk of an accessible night, however, the underrepresentation of female DJs must be noted. It is not a problem unique to Doctor Feelgood – most other nights routinely have all male line-ups. Perhaps the organisers struggled to find enough female talent – women are rarely encouraged to learn to DJ or become acquainted with dance music styles. However, hopefully campaigns by groups such as Cuntry Living can hopefully bring more women into the DJing scene and enable student nights to host more balanced line-ups.

Doctor Feelgood, although very much accessible both to participate in and to enjoy, was something different: professional but homemade, clearly capable of pulling off a largescale night at The Bullingdon. The music offered something familiar but all too under heard in Oxford. It was a fun, encouraging night the likes of which I can’t wait to attend soon.