CherwellIndependent since 1920.
Sport A divine display from the Saints as Anne’s dominate the Hassan’s Cup
Facebook
Twitter

After agony and ecstasy in equal measure in the knockout rounds, the inaugural Hassan’s Cup came to its conclusion last Friday.

In the women’s competition, the Saints (Anne’s and John’s) faced off against Jesus, whilst the men’s tie saw St. Anne’s take on St. John’s. In the women’s game, despite the ball itself being in terrible condition, both sides set out to play freeflowing football, which made for an entertaining first half: Saints went into the interval a goal to the good.

Yet soon after the restart, the game was level, as Blues centre-half Lucy Harper scored a screamer. Picking the ball up 35 yards from goal, she lifted the ball over the Saints keeper, breaking the back of the net in the process, and squared things up.

Indeed, Harper grew into the game and began bossing things for her side. The head-to-head battle between her and Blues team-mate Claudia Hill looked to define the game.

The winner came deep into the second half, as a tangle of legs in the box led to a Saints forward hitting the deck. Step forward Rebecca North, whose confident penalty beat Emily Barker low to her left-hand side.

This only served to open up an already frenetic, high-energy encounter, with both teams transitioning rapidly from end-to-end. Jesus looked just as likely to get the all-important fourth goal as their opponents, as both sides bombed forwards.

The best chance in the latter stages of the game fell to North, who was released by a excellent ball over the top from Claudia Hill, which almost resulted in an own goal as the ball ricocheted off several Jesus defenders in the box.

Despite missing this chance, North was the match winner. Her goal ultimately proved decisive, and sealed a big win for the Saints.

Earlier, in the men’s competition, St Anne’s produced a gallant performance and a lesson in rear-guard to triumph in the battle of the Saints to seal their first-ever college football trophy.

The Mint Green Army flew out of the traps and were the hungrier side in the early stages, preventing St John’s from settling into their possession-based football. They harried the loose ball with fervour as they looked to press high and counter with pace.

Their endeavour soon paid off as Matt Fanning bagged a crucial goal. A mix-up in the John’s engine room allowed Paugam into acres of open space, cutting in from the left and darting across the outstretched leg of Phil Thumfart.

The ball fizzed away as Paugam went down, and the referee awarded a free-kick 20 yards from goal. Fanning stepped up and belted the ball into the top-right corner emphatically: it was a moment of magic that carried his side to glory.

Anne’s receded into their own half and relinquished possession almost entirely as St John’s began to grow into the game, with captain Ben Briggs igniting the response from the back, and Alex Wilson setting the tone in the midfield.

The restart brought more of the same, and much more of the ball for John’s danger man Kanyinsola Akinwuntan. But still John’s could not break the deadlock, lacking killer incision in the final third, and finding Anne’s bodies all too willingly on the line for attempts from further.

As the final minutes began to die, John’s set-piece whirred into motion for the first time, but somehow two golden opportunities stayed out; the second – a header from just yards out – would be the final kick of the game. 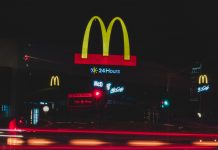 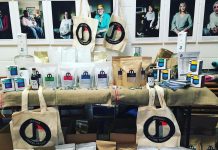 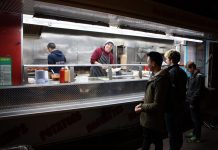 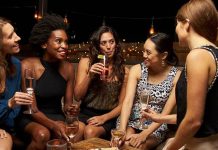