Smoking will be limited to five areas, in a move criticised as "ridiculous" and "parental" 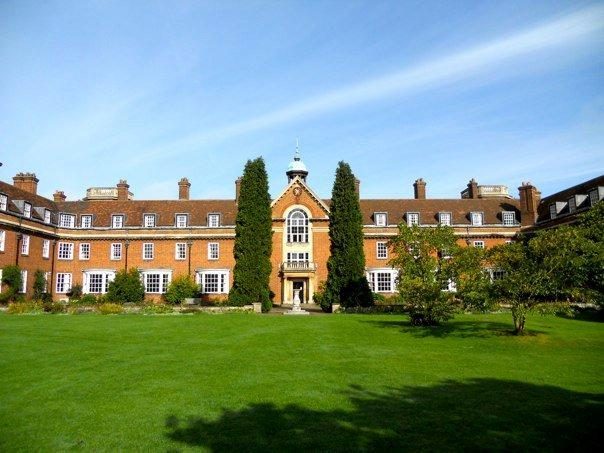 St. Hugh’s College has announced a new smoking policy for Trinity term, which will restrict smoking to certain designated areas at the edge of the college site.

The new policy will limit smoking areas to five spots around campus, mainly behind student accommodation away from commonly used areas. The college’s Governing Body agreed to the changes on a trial basis.

The move has been criticised by some students as “ridiculous” and “parental.”

Previously, St. Hugh’s only restricted smoking inside college buildings and balconies, in line with legal restrictions.

A spokesperson for St. Hugh’s told Cherwell: “This pilot policy has come after two years of warnings to students that the smoking policy could be changed, if the litter and nuisance from smoke problems persisted.”

“One of the reasons for the new trial policy was smoke drifting in through windows.”

Under the new policy, smokers will be required to stay two metres away from buildings to prevent smoke getting inside buildings. Only on Bop nights will JCR members be able to smoke on the outside decking area outside the JCR and college bar.

A first-year graduate student at the college told Cherwell: “This new policy is really ridiculous, smokers pose few problems for the college and smoking does not impact on college life.

“It’s sad that the college felt the need to take such a parental step: we’re adults, and I feel the current policy has been used responsibly.

“We don’t need to be pushed to small areas at the edge of the grounds.

“I for one want to challenge college authorities on this when term starts again, it was announced right at the death of last term and I don’t feel students were properly given a chance to speak their minds.”

The college noted that the JCR and MCR are represented on the Governing Body, who took the decision.

The St. Hugh’s spokesperson said: “There will be opportunities during Trinity term for staff and students to offer feedback.”

St. Hugh’s JCR President, Alex Yeandle, told Cherwell: “The smoking policy was indeed raised in 8th week Governing Body, however discussion of it focused mainly on the implementation of, rather than principle behind the change (of which there was quite quickly a broad agreement).

“I have been personally assured by the College Bursar…that the new policy is under trial for Trinity term with a review scheduled.

“During Trinity, I plan to open a student consultation to see what students think of the new policy and I will then communicate the results of this to college, via Governing Body or otherwise.

“I have been led to believe that the proposed new smoking policy is in line with that of many other Oxford colleges and that it will impact both students and staff equally.

“Again, though, if over the course of next term it becomes apparent that the ban is having a substantially negative impact on the majority of JCR members, I will not hesitate to lobby college accordingly.”

The announcement, which was sent to students on the final day of Hilary term, noted that “it is not the college’s intention to provide further smoking ‘shelters’” for the new areas.

Student members who infringe on the policy will “be dealt with by the decanal team.”

In October, Cherwell revealed Exeter College’s plan to ban smoking on its Turl Street site. However, after an angry response from students, the policy was never implemented.

Teddy Hall introduced their ban in 2011, and came under fire from students for their failure to consult students first. Then-JCR president Joshua Coulson said: “some of you will be furious, and I can see why.”

In 2014, Mansfield’s Home Bursar cited smoke entering non-smoking areas within the college, the “unpleasant smell of smoke for those around”, and the mess created by cigarette butts in college as reasons for a ban.