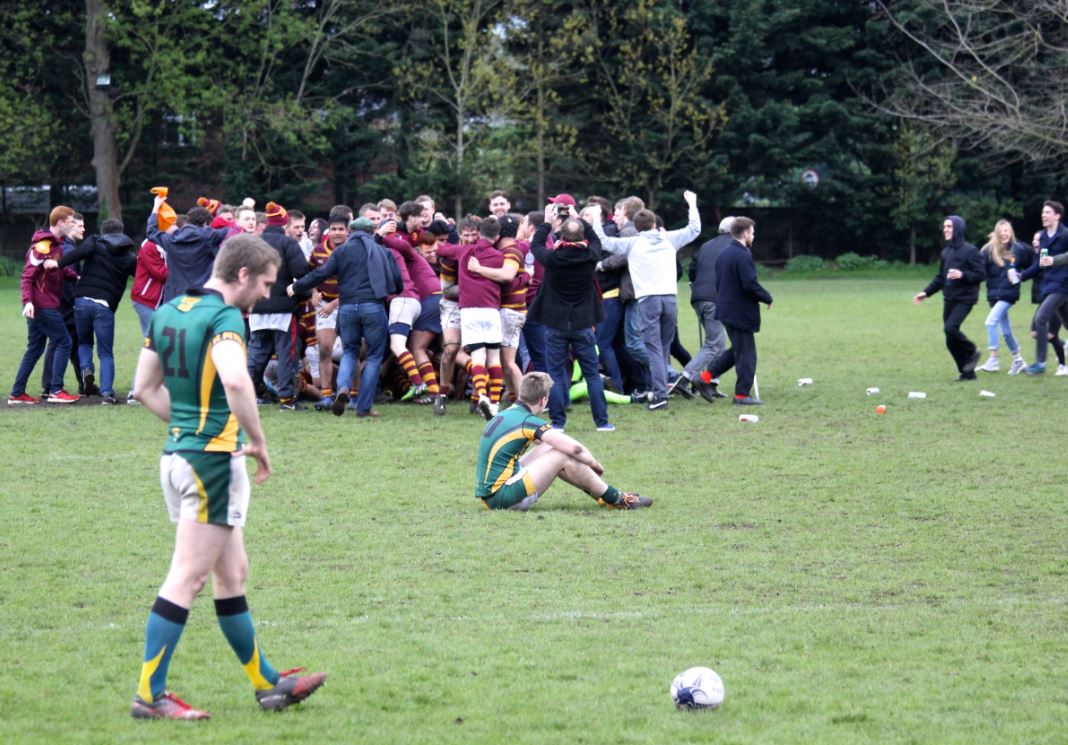 Matthew Rollerhttp://mattroller.contently.com
Matt, a PPE student at Exeter, was the paper's editor for Trinity Term 2018 alongside Fred Dimbleby. Follow him on Twitter: @mroller98
5th May 2018

Following last Saturday’s defeat to Teddy Hall, Mr. Damazer – the former controller of BBC Radio 4 and BBC Radio 7 – took to his blog to praise the St Peter’s fans for their vociferous support of the side.

He wrote: “We had a larger number of supporters, who made a great deal more noise, played more musical instruments – sometimes even in tune – and sang with a great deal more brio, even if not all of it was entirely without some vigorous Anglo-Saxonisms.

“But more to the point: we scored three tries to two and we were the better team for most of the match.”

After Teddy Hall had started much the stronger of the sides, Peter’s hit back well to take a 17-7 lead midway through the second half, much to the annoyance of the Hall’s fans.

“Their fans were (a tad) surprised and upset,” Damazer wrote. “Teddy Hall is not supposed to lose at rugby.

“Some beer was tossed in our direction, with not much affection, and sadly not the Leffe Belgian stuff I like. It was a bit of a pain.”

Speaking to Cherwell, Damazer said: “The beer was the kind of stuff that I thought had been banned in the 1960s for having no taste.

“I assume austerity [is] to blame for such low-brow liquid.

“I think their fans were in a state of profound shock that they were not winning and, at the time, were being significantly outplayed.”

Teddy Hall went on to win the trophy for the 33rd time, as Tom Dyer’s extra-time drop goal sealed a thrilling comeback.