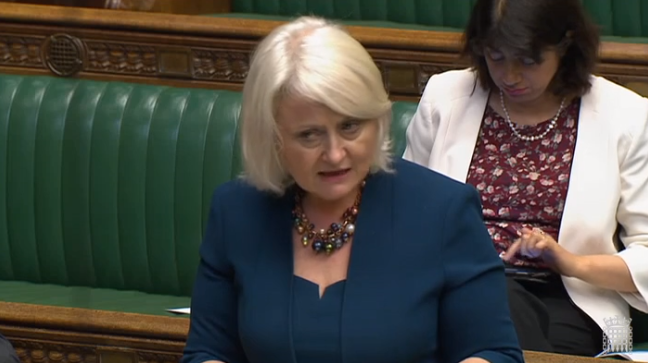 Siobhain McDonagh MP has condemned the Oxford Pakistan Society’s reluctance to co-host a documentary screening, calling their actions a “scourge of extremism” in a parliamentary debate last week.

McDonagh, the Labour MP for Mitcham and Morden, said in Parliament: “We return a final time to the case of Nobel prize winner Professor Abdus Salam.

“Earlier this month, Oxford University hosted the first UK screening of a film about him, but the university’s Pakistan society has been accused of discrimination due to its reluctance to get involved based on Professor Salam’s Ahmadi faith, forcing an apology after an extremely successful event.

“Such a scourge of extremism is a stain on the freedom of religion that we rightly and proudly celebrate in the UK.”

In response to McDonagh’s comments, Oxford Pakistan Society told Cherwell: “We respect the religious freedom of the Ahmadiyya Muslim Community. We apologised for any miscommunication and delay in our response. We realise the huge amount of work needed to highlight the plight of minorities within our community.

“We reject the suggestion that the Pakistan Society was discriminatory. As documented, any reluctance was based on the controversial nature of the event and not out of any desire not to recognise the incommensurate achievements of Abdus Salam.”

Oxford University Ahmadiyya Muslim Student Association President, Noman Chaudhry, told Cherwell: “Oxford University Pakistan Society’s reluctance to be involved with the screening event is specifically highlighted by MP Siobhain McDonagh as an act complicit to these prejudices, and one of many examples of discriminatory behaviours prevalent within the UK Muslim community.

“We are humbled that our cause has reached Parliament, and that such aggressions against the Ahmadiyya Community are recognised as being in direct conflict with the values and principles championed by our nation.

“These are values and principles that we believe must also be maintained and upheld by those in positions of leadership amongst the student societies of UK universities, as a matter of duty and responsibility.”

During the debate, Glasgow SNP MP Patrick Grady added: “We have heard from Members on both sides of the Chamber about other incidents of intolerance and bigotry towards the Ahmadi community throughout the United Kingdom. We have also heard about the issues at Oxford University this month, and all that is a matter of great concern.

From museum to mosque: the deconsecration of the Hagia Sophia