Surviving on Chips, Cheese and MSGs

Welcome to exam season, and the eating habits that accompany it 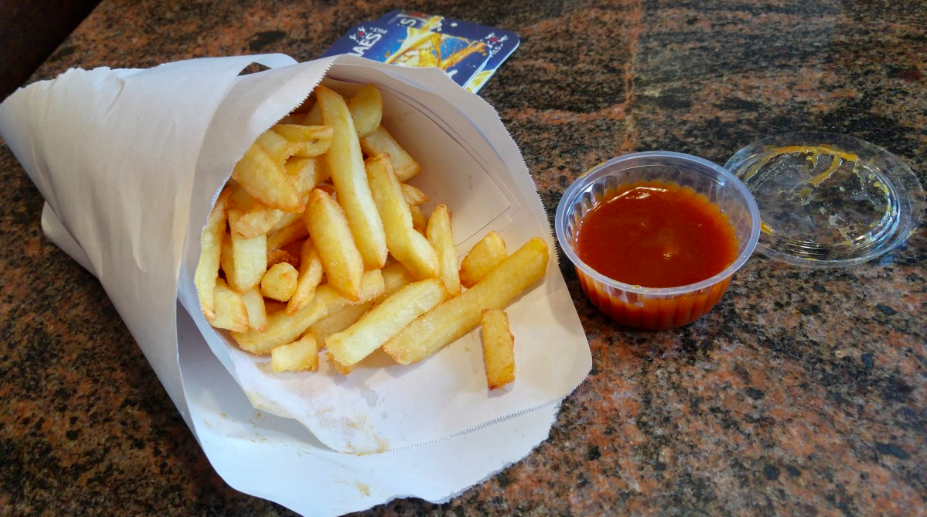 It’s that time of the year again: birds are singing, the sun is shining, and every hallowed corridor of the University of Oxford reeks of chip fat, decomposing kebab meat, and despair. Welcome to exam season, and the eating habits that accompany it.

Oh, there are some who have it all: catch them flicking through colour-coded flashcards on the quad with their perfectly manicured salads of succulent cucumber and dulcet pear, balanced by a homemade vinaigrette as sharp as their tutorial repartée.

Or perhaps striding past the dreaming spires, resplendent in their Lycra – like the cast of a Village People music video scripted by Evelyn Waugh – and sipping demurely from whey protein and coconut milk smoothies. To these people, not only the body but the mind is a temple, lovingly and strategically nourished with a level of self-discipline and logic unknown to lesser mortals who still can’t utter the words ‘nut butter’ with a straight face.

Lingering just below them in this great chain of being are the moderates, who are organised enough to show up to hall at least twice a day, but supplement this flow of lurid sweet and sour pork and quick-cook rice with the occasional takeout order, perhaps as a reward for surviving a particularly strenuous revision session. There is a method to their caloric madness: they will sometimes go as far as ordering a vegetable side dish along with whatever chilli-sluiced concoction the local kebab joint has crafted exclusively for stress-numbed student tastebuds. They have the presence of mind to put food waste in an outside bin so the odour of garlic and misery will dissipate by morning.

Finally, at the shady underbelly of exam season life, there are those who occupy the dietary equivalent of the post-apocalyptic wasteland – a place of chaos and animalism, characterised by too much oil and not enough water, where a typical mid-morning snack is whipped cream sprayed directly into the mouth while shouting ‘witness me’.

These are the people who skewer their Hassan’s boxes on railings like so many severed heads, as they rip flesh from chicken wings with incisors that haven’t been grazed by a toothbrush in weeks. Every surface has absorbed the flavours of hundreds of meals, and now breathes them moistly back in the face of anyone who dares enter when temperatures rise above 16 degrees. Scouts crack open their doors, grab their bin bags, and flee, wondering how anyone can live like this.

The answer is a need for fuel, and lots of it: when caffeine immunity develops, the only other option is to cram one’s body with enough salt, sugar and MSG to make sleep impossible and an overgrown food baby inevitable, taking up nightly occupation in half the space of a single bed.