At the start of May, the Dubai Government Media Office issued a press release regarding the opening of the “Mohammed bin Rashid Center [sic] for Future Research” at Oxford University.

But Cherwell can exclusively reveal that the centre does not exist.

Cherwell understands that the centre has not even been formally proposed to the University, and that the images of its supposed opening were photoshopped.

According to the media release – which was also covered by outlets including The Gulf Today, Zawya, and Gulf News – the centre opened during a ceremony attended by Minister of Cabinet Affairs and the Future, Mohammed Al Gergawi, and the Minister for Artificial Intelligence, Omar bin Sultan Al Olama.

The Mohammed bin Rashid Future Design Center at Oxford University in the UK has opened during a ceremony attended by Mohammed Al Gergawi Minister of Cabinet Affairs and the Future & @OmarSAlolama Minister of State for Artificial Intelligence. #Dubai #UAE pic.twitter.com/VIeMkMo2y1

The fake release also claimed that the ‘ceremony’ was attended by “a number of representatives of Oxford University”. Cherwell understands that these ‘representatives’ were, in fact, a fellow of Magdalen College, Alexy Karenowksa, and an honorary fellow of Trinity College Roger Michel.

Michel, a Trinity alumnus, who recently became an honorary fellow of the College, already has several links with the United Arab Emirates.

Michel has since endowed a scholarship in honour of Al Gergawi that “will enable Trinity students to attend future summits in Dubai”.

Karenowska, a Physics tutor at Magdalen, told Cherwell: “I’m quite upset about it actually. What has happened here, as unbelievable as it sounds, is that picture was photoshopped, so the centre doesn’t exist.

“It’s not even a proposal, it’s more of a request for a proposal, so that request is outside of the University. [The Emirati officials] were in town for a visit in connection with something completely separate, and at a lab facility outside Oxford, those photographs were taken, but as bizarre as it sounds, it doesn’t exist. There’s a request for a proposal, but no money whatsoever has been received, and it certainly hasn’t opened, and the University of Oxford was photoshopped onto those photographs. I was in the photographs, but the text was photoshopped on.

“As bizarre as it seems, I don’t think it’s that much of a big deal. Obviously I’m quite upset about it, and the suggestion of a connection with the University is upsetting. But I think that it’s one of those situations where probably the person involved hadn’t appreciated how that would be interpreted.”

Bin Rashid, the vice president and prime minister of the UAE, already has links with the University, after he made a donation towards a graduate scholarship last year.

In September 2006, he was accused of encouraging the abduction and enslavement of thousands of boys for use as jockeys in camel races. A class-action suit was filed against him in the US state of Florida, but the suit was dismissed in July 2007.

In July 2013, following international pressure, Bin Rashid pardoned Marte Dalelv, who, after she reported being raped, was convicted of extramarital sex and alcohol consumption.

In October 2013, The Telegraph reported that “Sheikh Mohammed [was] again cast as a victim of employee malpractice” after reports that toxic and dangerous steroids, anaesthetics, and anti-inflammatory drugs had been shipped into the UAE, labelled as “horse tack”.

In March 2018, allegations of grave abuse towards multiple of his daughters surfaced via a video recorded by Princess Latifa bint Mohammed Al Maktoum, in which she reported being incarcerated in a family-owned compound for more than three years.

After attempting to contact her sister, presumed to also be detained by Bin Rashid and flee to Oman, she was further incarcerated and tortured. She has not been heard from since 4th March and the Dubai authorities have refused to comment about her alleged claims and attempt to seek political asylum in the US.

The University did not address Bin Rashid’s controversial history when approached for comment. A spokesperson said: “A donation towards graduate scholarships from the Mohammed bin Rashid Al Maktoum Knowledge Foundation was approved after going through the University of Oxford’s Committee to Review Donations.”

According to the release, “the [future design centre] aims to incentivise future-oriented research and innovations in various scientific fields, such as 3D technology, physics, and other advanced sciences, in addition to the development of medicines and other future-oriented applications that present solutions to the challenges imposed by the exponential changes in today’s world.” 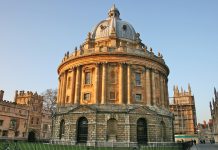 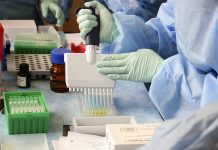 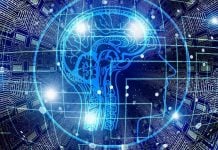