With celebrity culture growing faster than ever these days, it is not uncommon to walk into a bookshop and find the shelves lined with the latest autobiographies of musicians, comedians, reality stars, or YouTubers. Releasing a book seems to be a standard step on the road to success, with many celebrities earning up to six figures for their life stories or latest novels. Now, an offshoot of this trend is forming through imprints, where celebrities are choosing to curate high-profile collections in collaboration with major publishing houses. Penguin Random House, perhaps the most influential publisher in Britain, has recently announced its newest celebrity imprint in the form of #Merky Books, curated by the Grime star Stormzy. #Merky will, in the musician’s own words, be used as a “platform for young writers to become published authors” through competitions, as well as offering a paid internship in 2019.

On the surface, this project sounds promising, as it will offer a platform to writers to whom such an influential publisher might not otherwise have been accessible. Having won multiple awards for his music, having been labeled a political influencer, as well as having amassed a substantial fortune all by age 24, Stormzy represents a modern success story. Perhaps through his curation, Stormzy will be able to lend a helping hand to the next generation of writers who might, like him, find success in their art.

In this way, celebrity imprints could hold greater cultural significance than just another celebrity memoir. The publishing world is still dominated by white, middle-class authors, so perhaps Merky Books would give minority writers a greater opportunity to release works. Indeed, this is not the first imprint released by Penguin Random House, they have also collaborated with the likes of Lena Dunham, best known for her role as director, writer, and star of the show “Girls”. Her imprint “Lenny Books” was developed from her Lenny newsletter, releasing Jenny Zhang’s “Sour Heart,” a collection of coming-of-age stories from the perspective of immigrant women in America in 2017, as well as “Courage is Contagious,” a series of essays about Michelle Obama. Sarah Jessica Parker, star of the series “Sex and the City” has similarly collaborated Penguin Random House with her own “SJP for Hogarth” imprint, recently publishing the novel “A Place For Us” by Farheen Mirza.

Yet this notion of innocently offering young writers a chance to be published by Penguin seems perhaps too good to be true. I find myself wondering if the publishing giant would have considered any manuscripts by said young authors had the Stormzy label not been attached to them. In today’s world, it is silently accepted that making it in the arts is near impossible without the glamour of celebrity to clutch onto. Social media following, in an almost dystopian fashion, instantly equates to relevance and popularity – the success of the Kardashians is often evidenced by their number of Instagram followers. An obvious example is Kylie Jenner becoming the youngest self-made billionaire, promoting her products simply on social media without ever paying for traditional advertising.

This obsession has dominated the world in such a way that it seems, as demonstrated by celebrity imprints, the necessary way to succeed as an author is to clutch onto any scrap of celebrity fame available to you. There are often whispers here and there that publishing is dying, which makes this attempt to stay relevant by Penguin all more the more obvious. Whilst, on the one hand, it is a step in the right direction – as mentioned before, it could act as an opportunity for young writers to get published – yet the branding of this imprint prevents it from being simply an idealised and innocent project to introduce young writers to the world, as crucially it benefits from being a collaboration with an incredibly popular artist. By attaching themselves to as big a name as Stormzy, Penguin can cash in on these new artistic projects as if they were merchandise. This is made more obvious by the announcement that the first book to be released with #Merky is Stormzy’s own autobiography “Rise Up: The #Merky Journey So Far,” promising never-before-seen insights into the star’s career.

Ultimately, if Stormzy and Penguin Random House are able to find the writing stars of tomorrow, then all the branding was worth it. However, perhaps next time the opportunity could be offered without relying on the promise of a big name behind it. 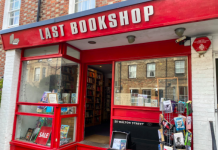 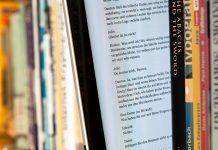 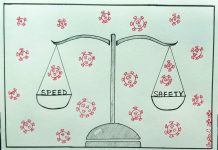 Speed or Safety? Science publishing in the time of COVID-19 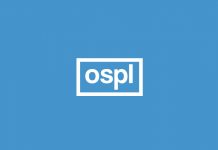