The plague outbreak from 1347 to 1352, known as the Black Death, resulted in the deaths of between one third and one half of all living Europeans, and around a third of those in the affected Middle East – estimated at over 50 million human lives. Sporadic outbreaks of plague were common across Europe throughout the medieval period in a pattern known as the “second plague pandemic”. Every instance of plague in this period must have been gripped by the terror that came with the memory of the Black Death. A scourge of this magnitude does not easily disappear from the memory of the survivors or their descendants.

Some artists used their work to explicitly document the scenes they themselves had survived and witnessed. One haunting portrayal is the miniature depicting the mass burial of victims in Tournai, Belgium, painted by Pierart dou Tielt. Fifteen mourners and nine coffins are crammed into the small space, and the face of each mourner is given individual attention, conveying genuine loss and sorrow. Another miniature by dou Tielt in Li Muisis’ chronicles shows an atrocity secondary to the Black Death – outside a walled city, men and women stand by as firewood is heaped onto a burning pyre, wrapped around the faces of the victims inside, Jews burnt to death as they are blamed for the pestilence.

One repeated motif in plague iconography is the arrow – it is present in Classical Antiquity, with Apollo in the the Iliad shooting a plague to the encamped Greeks, and it is not difficult to see why this tradition continued into Medieval Europe. To see a person suddenly struck by a disease, victims chosen in an arbitrary fashion, is not far from imagining an all-powerful bowman as the bringer of chaos. For the plague it is even more fitting, as for many sufferers the disease would show at a single point – the bubo in the groin, neck, or under the arm – almost as an arrow wound.

A fresco in the Priory of St André in Lavaudieu, France, shows a woman clutching arrows. She is flanked either side by piles of corpses who have been struck – for several of these victims, the arrows have hit the neck or under the arm, points where the buboes would appear. There is a social mix in the victims, with some dressed in plain peasant garb, while others are clearly clergymen. Above the woman is written “MORS”, Latin for death; she personifies death, if not the plague itself. She certainly strikes a fearful figure – her eyes are concealed and her arms are outstretched in a commanding, powerful stance that dominates the fresco. This is an early example, perhaps from 1355, when the memory of the Black Death epidemic was fresh in the mind of the painter who had survived it. The terror it instilled in him is palpable.

A marked increase in portrayals of Saint Sebastian is seen post-Black Death, the saint who was said to have survived an execution by arrows. His arrow-struck body thus became the perfect image for a saint of plague victims – one highly conscious example is Josse Lieferinxe’s “Saint Sebastian Interceding for the Plague Stricken”, painted in the 1490s. In this oil painting Saint Sebastian, peppered with arrows, is pleading with God above the plague-ravaged city of Pavia. The disease shown here is very likely that of the Black Death; one of the grave-diggers, suddenly fallen ill, lying splayed in the street, stretches his neck to reveal the characteristic cervical bubo.

Not all examples of the effect of the Black Death on European art are so clear-cut. Chronicles of the Black Death describe close contact with the dead, and the traumatic impact of seeing mass graves and frequent exposure to rotting corpses. Boccaccio’s Decameron describes the bodies, heaped upon one another, and the townsfolk who dragged them out “with their own hands”. This may have contributed to the rise of the transi tomb, common in the fifteenth century. The transi tomb shows an image of a human body in the process of decomposition, laid out on top of the tomb itself, as if to demonstrate the process inside. Some show peaceful figures, and others show grotesquely vivid examples of putrefaction; the tomb of François de Sarra, carved around 1400, shows toads eating the man’s eyes and mouth, while worms crawl out of holes in his arms.

This memento mori belief is demonstrated in a mid-15th century poem, “a disputation betwixt the body and worms”. The poem is set during a time when “the pestilence is heavily reigning”, and ends with the maxim that “bonum est mortis meditari” – it is good to think on death. A popular example of this attitude is Danse Macabre, the dance of death, a print by Michael Wolgemut from the Nuremberg Chronicle, dated to 1493. The Danse Macabre has a joyful, almost facetious tone; the skeletons are rarely frightening, but instead are portrayed with a morbid triviality – consider the far-left skeleton in this print, playing a woodwind instrument as the others dance.

This is not to say that all depictions of death were light-hearted. To the contrary, the obsession with death spans all sorts of human responses, including intense fear, shown in the chilling “Triumph of Death” fresco from the Abatellis palace in Palermo, Italy. Dated to c.1446, the anonymous work is a monumental hellscape with great scope and attention to detail. It is a variation on a popular theme, the Triumph of Death, but is one of the most accomplished – and harrowing – versions. The scene is dominated by death, a skeleton upon a skeletal horse, bow in hand as he leaps over a crowd, effectively splitting the scene in two; the scene of death below, and of life above. He strikes down the rich and poor alike, and those surviving have their hands together in prayer, begging for mercy. Nobles, clergymen, and the poor are all shown – a strong characteristic of Triumph of Death scenes, and indeed memento mori artworks generally, is an emphasis on the universality of death. Above the skeletal horseman, life continues in the splendid garden, with a lyre player entertaining gentlemen by a fountain, and a young man walking a hunting hound. The artist’s vision: death is never far from the untroubled life.

It is hard to decide what is and what is not ‘Black Death art’. Is it really sensible to attribute all morbid or pessimistic art in Europe within a two-hundred year period to a single disease, when the period itself was not short of other instances of adversity and destruction? Perhaps it is better to consider the troubled times and religious uncertainty of the late medieval period, and to see the Black Death as a major player in the collective tragedy, than it is to attribute all such works of art solely to the Black Death alone. The strongest argument in favour of this perspective is the growing trend in macabre art prior to the 1348 outbreak – both the Triumph of the Death and the Danse Macabre topoi pre-date the catastrophe. Yet after this there is an increase in such works and, if it is not too subjective to say, an increase in the intensity with which this darkness is shown. It is realistic to assume that artistic expression and the development of artistic conventions played into the processing of a mass shared trauma, and that an emphasis on death, plague, and decay, helped survivors and descendants of survivors come to terms with the psychological wounds left by unprecedented loss. 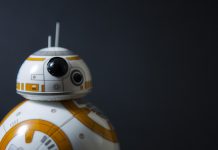