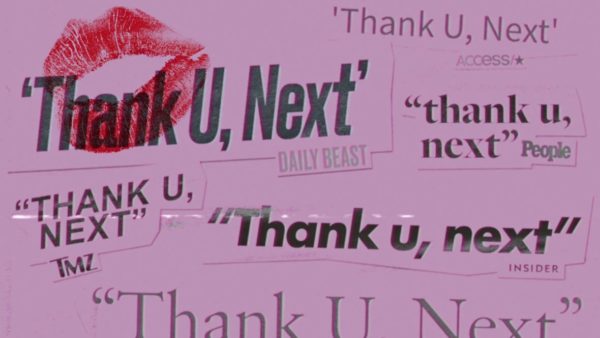 Though 2018 has been a rocky year politically, environmentally, and globally, it has also brought about some incredible new cultural landmarks. As a fan of tarot cards, I’d characterise the “mood” of 2018 – as reflected in the following cultural highlights – as ‘The Tower’. The Tower invokes destruction and chaos, but reminds us at the same time that without fire, nothing new can come.

‘Why I’m No Longer Talking To White People About Race’ has become essential to our current understanding of race-relations, ironically sparking an international conversation. There was the Netflix controversy over its Communication’s Chief’s use of the ‘N’ word which led to uproar over their Strong Black Lead advertising campaign which conveniently debuted after the scandal.

Under these circumstances Riverdale, the once enchanting teen TV masterpiece has begun to lose its flow, with the latest season falling short of fans’ expectations.

Bodyguard gripped the nation at the end of summer with its political intrigue and life-threatening mystery. The end of 2018 also brought another BBC adaption of an Agatha Christie this time swapping out the beloved David Suchet as Poirot for John Malkovich, whose attempt at a Belgian accent was pretty dire and inconsistent through the 3-part drama.

Forget In The Thick Of It, political memes are the newest form of satire – Theresa May running through a field of wheat being a particular highlight. Brexit-themed books have become a prominent feature in all leading retailers with Five Escape Brexit Island, Bruno Vincent’s spoof on the Enid Blyton classic, casting long shadows over the political future of Britain.

On the 19th of May, we finally had something to celebrate with the Royal Wedding between Prince Harry and Meghan Markle, the actress known for her portrayal of Rachel Zane in the American television show Suits. The happy couple are now expecting their first child. More joy ensued in July with the long-awaited arrival of Mamma Mia: Here We Go Again. Lily James made an excellent young Donna and the reworking of songs helped create a delicious collage of ABBA lyrics, and New College was even lucky enough to feature!

In a more sombre turn of events, the centenary of World War One in November brought with it Rob Heard’s installation the ‘Shrouds of the Somme’ at London’s Queen Elizabeth Olympic Park. Comprised of more than 70,000 shrouded figures, this installation evokes the tragedy of The Battle of the Somme with each figurine representing a British Commonwealth serviceman who died fighting in this battle, without a known grave.

Oxford-centric cultural highlights (or blows) include the closing down of the beloved Purple Turtle, as they couldn’t negotiate a renewed contract with the Oxford Union. Many people, including me, remain sceptical about the movement of Plush to the PT’s grounds. In terms of museums, the ‘Spellbound’ exhibition at the Ashmolean was equal parts intriguing and creepy. It was interesting how they lifted an entire section of ‘love’ padlocks from Liverpool, although it does force you to consider our – perhaps stupid – dependency on superstition to fulfil our sense of self-worth.

If you’ll allow a little superstition here, however, and accept the Tower as the tarot card of 2018, it provides the perspective that without a little chaos, nothing new can come. Even the less thrilling cultural moments of the year have paved the way for 2019 to be extraordinary.