Who can afford such indulgence? 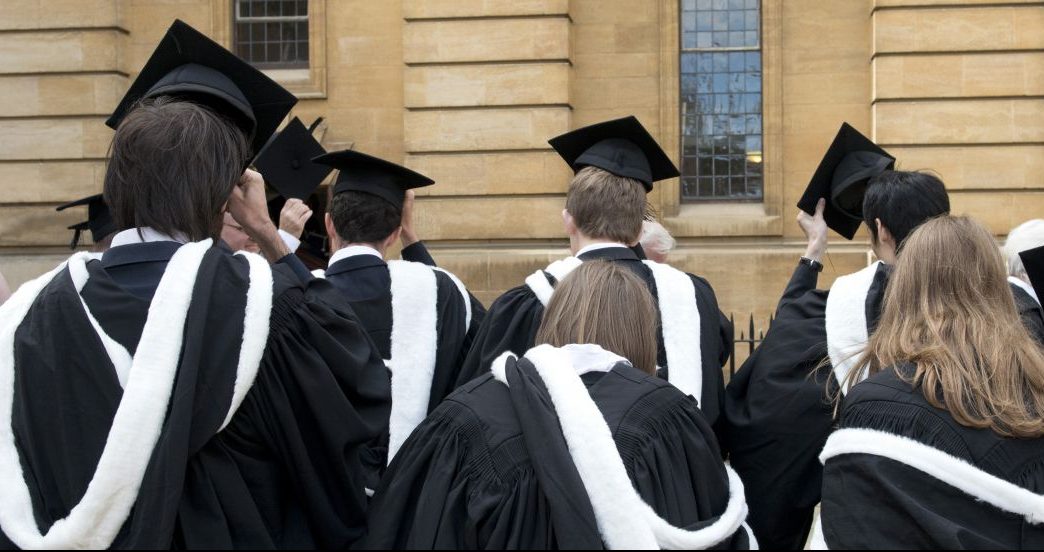 Last week, The Economist took it upon itself to settle once and for all the debate around which of your mates ‘does a real degree’, which can usually be found bubbling away on Oxfess. ‘Graphic Detail’, a data analysis feature which has previously considered “the retreat of global democracy” and “which countries are most likely to fight wars”, was dedicated on January 26th to a brutal assessment of Oxbridge graduate earnings, summarised with the tagline “high-scoring students leave £500,000 on the table by eschewing economics”.

Noting that undergrads at “elite” universities are more likely to study purely academic fields, the article suggests that “employers treat a degree from a top university as a proxy for intelligence”, allowing Oxbridge students with non-vocational degrees to “squeak by financially” on the prestige of their alma mater.
The giddy attacks on an elitist Oxbridge, kept afloat by “rich parents” whose progeny can afford to turn their noses up at an economics degree for a trifling a half-mil per year, are made in a strikingly personal, even hypocritical manner, reducing the issue to a caricature at the expense of any considered or original commentary on the access issue.

The data is there, but it’s swaddled and distorted by condescending, sarcastic language, with attendant implications of a baselessly snobbish Oxbridge that is painted in rich and scathing detail across the piece.

The economics degree is constantly referenced as a benchmark for financial security, the ‘responsible’ choice of qualification; the reader is invited to deplore the injustice that an average Cambridge arts grad earns the same as an economics student at “less exalted” Hull, solely on the merit of their institutional privilege. Having warmed up with subtler potshots like this, and the reference to Oxbridge attendance as a “proxy” for rather, than evidence of, intelligence, the author throws restraint to the wind and informs us that “Oxbridge students can pretend to read “Ulysses” for years and still expect a decent salary”. From here, the article descends into berating arts students with good A levels for not applying for more lucrative – you guessed it- economics degrees.

It seems The Economist is unable to grasp the concept that not everyone wants to study their namesake discipline or that some people select their degree for reasons aside from “employability” and their future salaries.

This extreme lack of nuanced perspective extends to its treatment of student demographics. Oxbridge has real and continuing access problems, especially in the humanities, many of which are best applied for with A-levels now available only in private schools, closing the opportunity to study them off from all but the most privileged elites.

Despite positioning itself as an enemy of institutional elitism, the article encourages the narrow view that ‘only poshos take Oxbridge arts degrees’, an exclusionist line that undermines efforts such as #ThereIsAPlaceForYouHere and the Target mentorship programme.

By leaning on such discouraging stereotypes, and neglecting any mention of students who aren’t “from richer parts of Britain”, the piece helps to perpetuate the problem it outwardly criticises.

In depicting Oxbridge as a den of pampered toffs who can neglect practical qualifications in favour of sponging off daddy, the author implies that students rely on the nepotism and privilege of their upbringing, to which their university is an accessory. While unfortunately this stereotype has roots in truth, it’s certainly not limited to Oxbridge.

Look at the current Duke of Westminster, with his £9bn fortune and 2.1 in Countryside Management from Newcastle. Here, once again, the article stumbles over its maddening inability to understand that not everyone wants to study economics. Ever ready to criticise humanities students’ poor financial judgements, the author refuses to acknowledge that for people with a passion for the humanities, studying at a prestigious university is the more ‘pragmatic’ financial route, and that an Oxbridge degree might actually be a means of increasing, rather than squandering, one’s hypothetical salary.

Instead, the fact that Cambridge arts grads earn £26k more than their contemporaries at Wrexham Glyndwr is used as a belittling comparison to the £44k gulf between Cambridge economics grads and those of Salford.

The article utterly ignores the possibility that less privileged students might be interested in the arts as well, erasing them from the debate and further enforcing the exclusionary stereotype. The piece offers one patronising concession to the foolhardy, spoilt arts student. While many such feeble-minded individuals “would struggle to crunch numbers”, the few who can, but have chosen not to pursue this to degree level, are castigated for wasting their intelligence on the humanities – the final nail in the coffin for the piece’s implicit suggestion that humanities students are intellectually inferior.