“Pardon, what are you looking for?” (repeated) “The exit.”

“Ah, yes. It is down there, between the naked people, and to the right.” Out of everything at Marina Abramovic’s 2017 exhibition The Cleaner (Louisiana Museum of Modern Art, Denmark), it is this piece of dialogue that has made the most lasting impression on me. It is not one of her performance pieces, but a real-life encounter laden with irony. A young woman asking how to leave an exhibition about body politics, and a guard giving her the route to do so, candidly listing as one of the required steps a sideways shuffle between a straight faced nude pair standing against either architrave of a doorway. It is as if he is used to answering that question. Telling people to go “between the naked people” no longer moves him – there is no shock, no giggle, no cringe. The visitor’s quest for the exit, however, says something about how Abramovic’s work moved them.

In fact, few other artists – performance or other – have achieved the visceral effects Abramovic has. Using her own body and energy as her primary materials, Abramovic’s work is mentally and physically demanding, for both her and her audiences. In fact, it is relentless. ‘Reperformances’ form a key part of Abramovic’s method. She wants to keep the art live and alive. It must not be left in the 1970s and forgotten. In the immediate sense, she must undergo a physical repetition (or at least the films are rewound and replayed). But they are not perfect replicas or restagings: they move, with fresh life, in and of themselves. These past works are perpetually given new life and body in real time. The exhibition at the Louisiana Museum was the first major retrospective display of Abramovic’s work. Guided by the museum’s curation, we start with an “initiation of fire” to Abramovic’s style, by walking through ‘Sound Corridor (War)’ (1971). This is exactly what it sounds like: a narrow corridor filled with the clattering of machine guns. From here, we work our way through around 100 pieces taken from across five decades of Abramovic’s work.

Forcibly put in the position of an un-empowered bystander, we witness scenes of Abramovic’s naked body being freely abused by a room of strangers, scenes of her screaming and bleeding. She thrusts upon us the decision of the extent to which we wish to engage with what is exposed. And yes, that is “exposed” in every sense: her naked body, and the latent violence of people in everyday life. In 1974 in Belgrade, Abramovic staged (or rather, did not stage, as that implies a sense of control, which she certainly did not have on this piece, despite taking “full responsibility” for the “finished piece”) one of her most shocking acts: ‘Rhythm 0’. She stands, naked and unmoving, in a room. In the same room there is a large table, upon which 72 objects are laid out. These range from everyday objects (a comb, lipstick, a spoon), to food (honey, an apple, bread), to those with disturbingly threatening potential (a pocket knife, matches, scissors), and finally, to the outright dangerous: “I had a pistol with bullets in it, my dear.” Strangers – the audience – were invited to “use” these objects on Abramovic in any way they wished. There was no mandatory instruction to do so; they were, as already said, invited. There was no requirement for the objects to be used in a violent manner. However, six hours later, Abramovic was left (somehow) standing covered in cuts, blood, a gently draped feather boa, and tears. Different audience members reacted in different ways to this blank canvas, but the majority of them were abusive.

Having an emotional response to this is not a choice. Shocked, confused, upset, I questioned why people felt moved to act in such ways. I resented Abramovic for showing me the brutal impulse lurking within their core.

What we do have a choice in, however, is the extent to which we engage with these emotional responses – both of ourselves and of the strangers in the video. What did I do when given this option? I moved onto the next display in the gallery. Like the young woman asking for the exit, I wanted out.

It becomes clear that the intention behind Abramovic’s art is to unveil the frailties of free will, and what atrocities we could commit when given the choice. The Cleaner ends with what can only be described as the antithesis of its beginning. A white room overlooks the craggy rocked shore of Zealand’s eastern coast. Plain and modest little booths of two seats facing each other are orderly arranged. Each seat has a pair of noise cancelling headphones on it. You sit down, and wait for someone – anyone – to do the same, facing you. Then you stare at each other. For as long as you want, in whatever manner you wish. The only rule agreed upon is that you are silent, and still. There is no physical movement encouraged here. Instead, it is a moment of introspection and quiet reflection. At the same time, it is an opportunity to investigate your seated twin. This piece fosters a disquieting engagement with time, forcing the participant into the present with a sense of artificial immediacy.

The effect of this piece is similar to that of The Artist Is Present. The eternal present tense of this title ensures its durability, as does the effect it has on the viewer. It inevitably stays with them. Abramovic first performed the piece at the MoMa Gallery in New York in 2010. Like in the little white room in the Louisiana Museum, Abramovic sat in silence and stillness in a chair, with an empty one opposite her. Visitors came and went, taking their turn (if desired) in the vacant seat. Reactions varied: some wept, others smirked; some seemed self-conscious, others contemplative. One woman removed all of her clothes and had to be forcibly removed by security. Such are the actions provoked by this inertia. Abramovic sits us down with another person and forces us to see them, to look at them, and to realise the complexities and interiority that define them.

Over the course of her career, Abramovic has experienced countless numbers of reactions from people, both during her performance pieces and in critical responses to them afterwards. She has been subjected to violence, self-exposure, and weeping. As an artist, she lives to move others. But what can sometimes go unnoticed is the artist’s own response to the audiences, and indeed, to her own works. ‘Rhythm 0’ happened in real time for both her and us watching. If we are stunned, saddened, or moved in any way when we watch the pieces on film, imagine what Abramovic herself was experiencing during it too. Audience responses can never be preplanned, and neither therefore can the artist’s response be.

From having seen The Cleaner, it seems that Abramovic has been moved by her work, rather than her work having been directed by her. The transition from ‘Sound Corridor (War)’ to The Artist Is Present captures this idea of promoting her own artistic intention to the cultivation fo a more free-flowing performance space. After all the experiences of people’s freely-willed choices to abuse her body, Abramovic got sick of letting people have a choice. Throughout The Cleaner, her work becomes quieter, stiller. They are more physically controlled but retain their mentally demanding quality. Her flesh may be susceptible to the knife, but it is our potential imorality that is vulnerable to exposure. Perhaps the dialogue between the young woman and the guard has stayed with me, because it demonstrates an inevitably failed attempt to continue propping up the state of denial we live in. Even if the young woman wants to leave the gallery, she still must pass “between the naked people” – between the bodies and the lives of others of which Abramovic is so painfully trying to make us aware. 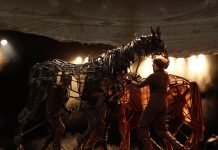 Lighting: the art of manipulating the audience 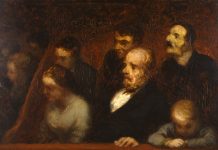 The Death of Theatre Monarchy 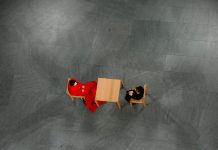 The power of silence: the art of Marina Abramović