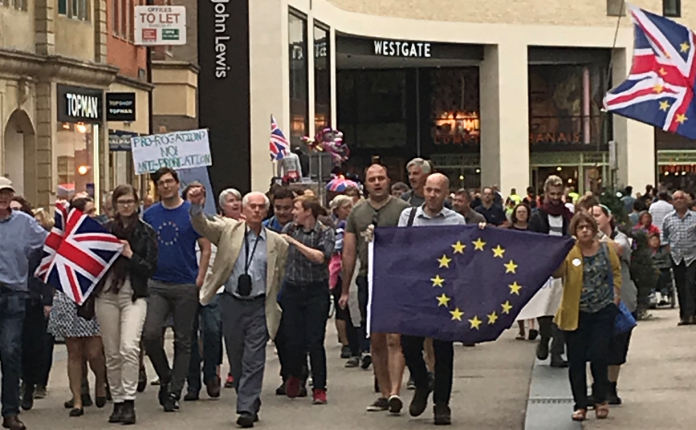 Witnesses report the crowd holding pro-EU banners, including the slogan ‘Stop the Coup’, as well at Union and EU Flags.

“We’ve come here spontaneously, from many different backgrounds and we span three generations. We are here to tell our Oxfordshire MPs that they must resist this abuse of powers (sic) by whatever means necessary.”

“this is the greatest issue facing our country since the Second World War and our elected representatives have the right and the duty to debate it”.

This protest comes only days after Oxford MP Anneliese Dodds signed the cross-party Church House agreement to block a no-deal Brexit. Ms Dodds said, “I’ve signed it because of depth of feeling of my constituents against a no-deal Brexit, especially in relation to the impact on BMW in Cowley, scientific research and our EU citizens in Oxford”. She was one amongst around 160 MPs who are understood to have signed the agreement at the time.