Cosmic Arts' present a deeply human production of 'Hamlet' at the Keble O'Reilly. 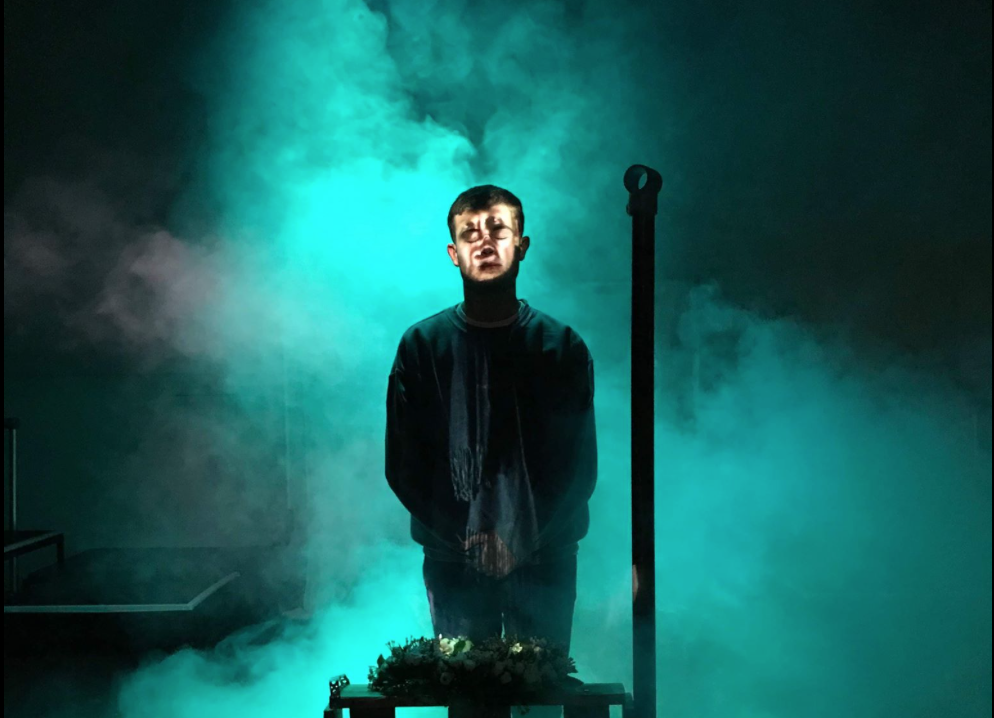 “Would you not see a hundred Hamlets pottering about Broad Street?” Evelyn Waugh’s question is pertinent today: of course Oxford’s the best place to put on Hamlet, since where, outside Elsinore and Wittenberg, will you find so many self-questioning, introspective and pretty pretentious students in close proximity? It’s surprising then that Cosmic Arts’ new production at the Keble O’Reilly Theatre is Oxford’s first big one for several years. Maybe it’s because contest over theatre’s best lead role is so fierce: apparently over 100 auditioned to play the Dane. Still, director Agnes Pethers and her team have overcome this internecine thespian conflict to produce a production of startling relevance: “it could have been written two weeks ago”, she told me. I agree. I also think that it’s startlingly good.

Hamlet’s a hard to put on. We’ve all seen, studied or spoofed it at some point. To many it’s a collection of quotes: “to be or not to be”, the bit with the skull and that line about dust. The themes and nuances of the text get lost with a myopic obsession of who’s playing the lead. Cosmic Arts’ production changes all that. This a text-driven production and with good reason. Agnes’ choice to put the play on now was driven by her conviction that its themes are essential for our time, where student mental health is, tragically, such a pressing issue. As she told me, we focus so much on “to be or not to be” being a canny example of iambic pentameter that we forget it’s the heart-broken lament of a lonely young man on the edge of suicide. Mental health and how we respond to it are at the core of this production; a perfect winning of good cause and a play which asks all the important questions about life, sadness and suicide but gives no easy answers. Half its profits are going to the brilliant charity CALM. That would be reason enough to go see it. It helps that it’s also very well done.

Jack Parkin’s Hamlet is extraordinary. I found his “to be or not to be” deeply affecting, as his quietness and under-statement perfectly brings out the sadness in the Prince’s position. His fellow residents at Elsinore more than match his performance. Cecily Brem makes a particularly impressive Ophelia: her conflict with Hamlet in the nunnery scene was beautifully realistic, the two characters flitting between emotions in a sort of Shakespearean tango. The direction and staging also make some wonderfully inventive decisions. The choice to use a filmed insert for the play-within-a-play was particularly canny, though it did appear to have been filmed on a particularly windy seaside holiday. All in all, I found it very impressive.

So, I can wholeheartedly recommend a trip down to the Keble O’Reilly this week. This is a professional, entertaining and powerful production of the best thing written in English (sorry, Twilight). Most importantly it’s a production with a worthwhile mission. I first fell in love with Hamlet after reading it following my own teenage nervous breakdown; this clinical depressive saw, in Coleridge’s phrase, a smack of Hamlet in myself. I wholeheartedly endorse Agnes and her team’s personal commitments to using this production to highlight student mental health, to reaffirm the play as the story of a young man going through the sort of despair that unfortunately too many of us face, and showing the power of theatre to give hope to those feeling hopeless. I can’t recommend this highly enough.

Review: Hamlet "Would you not see a hundred Hamlets pottering about Broad Street?" Evelyn Waugh’s question is pertinent today: of course Oxford’s the best place to put on Hamlet, since where, outside Elsinore and Wittenberg, will you find so many self-questioning, introspective and pretty pretentious students in...