Life Student Jobs: Are they worth it, and how to manage when you...

Oxford University’s official guidelines states “term-time employment is not permitted except under exceptional circumstances,” and even in the holidays, students are told to prioritise their studies. Questions of Oxford’s perpetual elitism are ever-present. How on earth can an institution that consistently comes under fire for skewed admissions towards the privately-educated and opulent additionally prohibit students from making money during term-time? Of course, the argument is not that they wish to limit the number of students who might be hindered by their financial situations, rather the exceptional workload is unsustainable whilst also having a job (and without, I might add).

With 77% of students now taking on some form of employment to help ease the financial pressures of university across the UK, I question how the gap is filled here, with the university ideally wanting no one to work. In a survey published by Endsleigh, it was found the 57% of university students said they were working to help pay their accommodation, food and household bills, while 56% were looking to earn for socialising’s sake. Oxford is one of the most expensive cities to live in, with house prices often on par with London, as well as living costs. Admittedly, I do believe Oxford offers a myriad financial aid, with both college and university hardship grants being available to students, as well as awards and scholarships available to those eligible. At Exeter College, 1 in 5 students receive some form of monetary support. But the difference between living and thriving is what differentiates students from engaging in part time employment. Sure, grants will cover the cost of accommodation and meals, but many students in financial difficulty benefit from the supplementary income provided by jobs for socialising. Going on nights out, the occasional shop and grabbing a coffee from Bean are occurrences that most UK students engage in, but in addition to this, the added elitism of Oxford socialising calls for even more disposable income. Most college balls cost upwards of £100, and formals in many colleges aren’t subsidised. In addition to this, the cost of vacation residence for 9th week is often essential for students completing exams out of the ‘regular’ 8 week term time. Oxford is EXPENSIVE, and there’s no pretending that this culture tends to isolate those who can’t afford it.

So, it is understood that many students, particularly with the way this university is claiming to be heading, don’t have the luxury of living off their parents (although if I hear one more person refer to their ‘allowance’, I’d like to remind you that you are 20 years old and sound ridiculous). But what can we do to address this disparity? It goes without saying that the university have a viable reason to advise against working, but what fails to be addressed is that most of these students who need to work don’t have the luxury of choosing whether to do so or not, and Oxford fails in making students decide between a first class education, and enough money for a weekly shop. In the meantime, if you want to earn money, you need to do it yourself. It’s not impossible, the amount of time taken up for a part time job is often how much one might dedicate to a sport, or engagement in societies, or doing f*ck all for that matter, so it’s time to get thrifty…

Here I present a number of potential streams of income for the typical Oxford student:

There are plenty more employment opportunities outside of term time, both in and out of Oxford, but to some extent, this is about finding what works for everyone. Only you know your workload, enthusiasm to get a job and how much you actually need it!

The Evolution of Work

Making Your Home Space Your Own

Hi, I’m an Oxford student and I have chronic indecision

The Unscheduled Life of a History Student 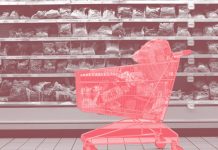