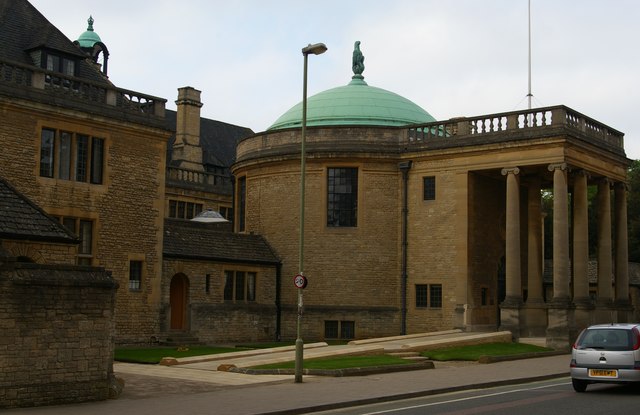 The Rhodes Trust has applied for permission to renovate its headquarters to become a “world-class convening centre.” The planning permission will be considered by Oxford City Council.

The Trust is located in Grade II* listed Rhodes House on South Parks Road. The Rhodes Scholarship is an international programme enabling students to study at Oxford University.

Mat Davies, Director of Estates for Rhodes House, told Cherwell: “Rhodes House as it stands today is largely untouched from the time it was completed in 1929, and so making any change is a serious business. We are working with world class architects (Stanton Williams), engineers, conservation experts and historians to ensure that we understand fully the original architectural intent when Herbert Baker created his designs, to ensure that any alterations, modifications or technical updates respect the historic design and craftmanship.”

It said: “The centre will provide much needed purpose-built facilities – including on-site accommodation – in a prime location in town. As a hub for the Rhodes Scholars and the Atlantic Fellows, the new facility at Rhodes House will attract a global cohort of people committed to engaging critically and actively with society’s most pressing issues.”

The consultation boards from this event said: “Our aspiration is to enhance and improve the facilities of the building and gardens, which is essential in order to meet the present and future needs of the Rhodes Trust.”

The Rhodes Trust expect an increase of Scholars from 260 to 325 by 2028, saying: “This reflects the increasing importance of Rhodes House as a central hub for the exchange of knowledge and ideas, and for social interaction, amongst those various cohorts and others in the future.

“The benefit of academic institutions having residential accommodation is well proven, particularly the creation of immersive residential environments where communities can be fully supported for the entire event as a ‘retreat’ without being punctuated by the need to disperse to local hotels.”

These initial plans outlined a convening centre for up to 200 people, 40 guest bedrooms, office space for up to 67 staff, meeting rooms, and further facilities.

Rhodes House was built in memory of imperialist and alumni Cecil Rhodes, who founded the Rhodes Scholarship.