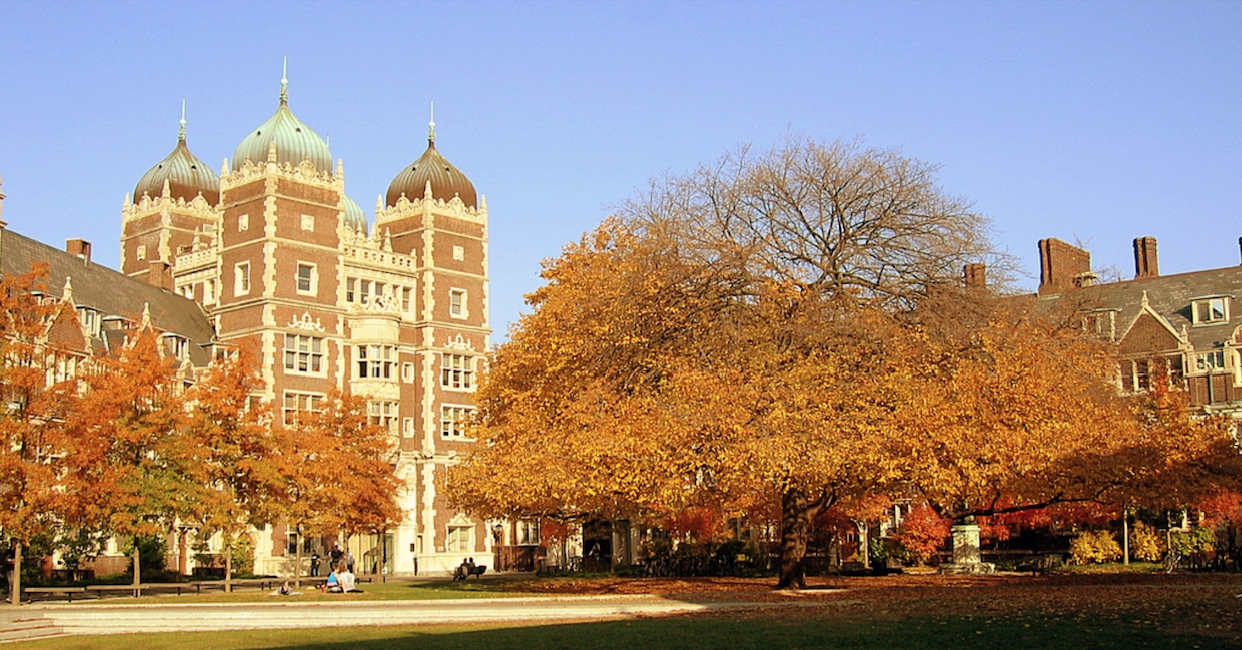 A Rhodes Scholar who claimed that she had grown up in the foster system has lost her scholarship after an investigation revealed that she grew up in a middle-class family and attended a $30,000-per-annum private school.

In November 2020, Mackenzie Fierceton was one of just 32 students to be awarded the Rhodes Scholarship to study at Oxford. The Rhodes Scholarship, which is the oldest and perhaps most prestigious global scholarship programme, pays for Oxford University fees as well as providing an annual stipend to successful applicants. According to its website, the Rhodes scholarship seeks students who display outstanding intellect, character, and commitment to service.

Fierceton has made various comments about her experiences in care, claiming to have been “bouncing around the foster care system throughout my life” and referring to herself as “low-income”. When her scholarship was announced, an article in The Inquirer celebrated her success, describing her as “a first-generation, low-income student and former foster youth.”

An internal investigation by a Rhodes committee concluded that Fierceton, who is a graduate student at the University of Pennsylvania, had “created and repeatedly shared false narratives about herself” for the purpose of serving her “interests as an applicant for competitive programs”.

A subsequent investigation by The Rhodes Trust found that for the first 17 years of her life, Fierceton was raised by her mother in a wealthy community in Missouri. She did spend time in foster care, but left the system after less than a year.

Fierceton has since withdrawn from the Rhodes programme. However, she maintains that she told no lies. Mackenzie claims that she suffered parental abuse: she told police in 2014 that her mother had pushed her down the stairs, after which she was hospitalised for 22 days. However, all charges against her mother, Dr Morrison, were dropped, on the grounds that they were “based on false information”. Although Fierceton claims that the Trust is attacking a “survivor” of abuse, her position as a victim of abuse is contested by Penn.

In a lawsuit filed last month, Fierceton accused the University of Pennsylvania and Trust investigators of victimising her.

Fierceton’s legal defence centers around an alleged ‘cover up’ of the death of a former Penn student. She claims that the investigation into her personal history was intended to discredit her as the key witness in a wrongful death lawsuit filed against the University of Pennsylvania.

In January 2020, Fierceton suffered a seizure on campus, and she alleges that it took over an hour for first responders to reach her. She believes that this delay was caused by the unsafe and inaccessible infrastructure of Penn’s campus buildings. Subsequently, she attempted to determine whether the death of her classmate, Cameron Driver, which occurred approximately 16 months prior to her seizure, was due to a similar delay. Penn denies this claim.

After Fierceton drew this issue to the attention of senior administrators and provided details of the alleged failures displayed in both medical emergencies, the lawsuit states that she had to be “discredited and buried” by the university. She claims that the university conducted a ‘sham’ investigation, following which they forced her to voluntarily decline her Rhodes scholarship, threatening to withhold her master’s degree and even send her to prison if she failed to comply. Her defence claims that, as part of the plan, a senior Penn administrator authored a secret letter to The Rhodes Trust expressing ‘serious concerns’ about Fierceton’s credibility. Penn denies this claim.

In her complaint to Penn, Fierceton has issued a notice of preservation of evidence, demanding and requesting that Penn “take necessary action to ensure the preservation of all documents, communications, … items and things … which may in any manner be relevant to the subject matter of the causes of action and/or the allegations of this complaint.”

In Penn’s response to the complaint, the University declared that “every objective and careful reviewer of the facts in this case – including the Rhodes Trust, Penn’s Office of Student Conduct, a faculty committee from Fierceton’s graduate school at Penn, and a hearing panel consisting of faculty and students from other Penn schools – concluded that Fierceton had not been truthful.”

The University of Pennsylvania told Cherwell: “We are disappointed that Mackenzie Fierceton has chosen to file a lawsuit, especially after she has received so many opportunities at Penn. [Sic.] There is no basis for Ms. Fierceton’s claims. We are confident that Penn and the individuals named by Ms. Fierceton as additional defendants will be vindicated in the litigation.”

The Rhodes trust shared the following statement with Cherwell: “We can confirm that Mackenzie Fierceton withdrew her candidacy from the Rhodes Scholarship and is not a Rhodes Scholar.”

“Rhodes Scholars are selected on the basis of a powerful set of core criteria which include ‘truth … devotion to duty, sympathy for and protection of the weak.’  We strive constantly to ensure that the Trust’s policies and procedures uphold these values and that our selection process is robust and fair.  We provide training resources for selectors on a wide range of topics, in order that applications are assessed diligently and without any form of bias. If concerns arise about an individual application, we review the matter carefully and give the applicant multiple opportunities to respond and share information.”

“We are deeply committed to our Legacy, Equity and Inclusion action plan. We are proud of the ever-more global and diverse cohorts of Scholars we support, and of the many contributions they make to the diversity and excellence of Oxford’s post-graduate population.”