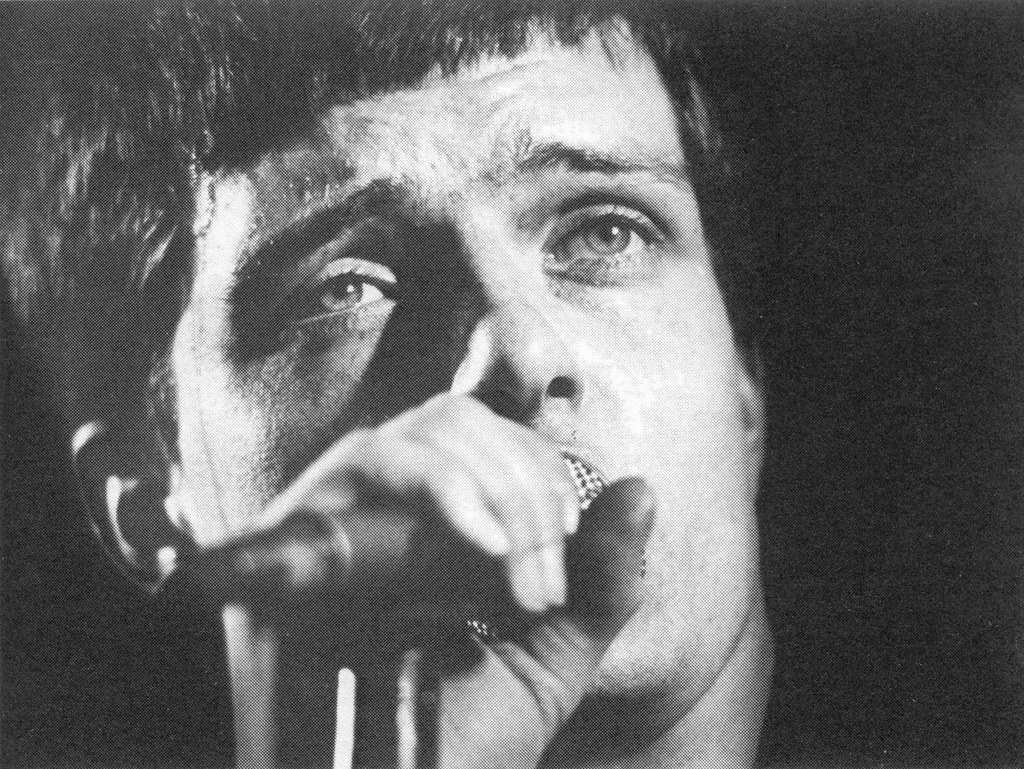 Monday 18th May marked forty years since Ian Curtis, the lead singer of Joy Division, took his own life by hanging himself in his kitchen using a washing line in the early hours of the morning. A quiet, scholarly boy from Macclesfield with keen interests in philosophy and poetry eventually became one of the most enigmatic figures to have made his mark on the post-punk scene in the late 1970s—and one of the most tragic.

Curtis was the archetypal “troubled soul”, plagued by mental and physical health issues. Diagnosed with epilepsy the same year that Joy Division’s debut album Unknown Pleasures (you know, the one on all the T-shirts) was released, his condition gradually worsened, coupled with depression, drug abuse and marital woes. Those who knew him describe him as a deeply contradictory figure—good-natured and friendly, but erratic and aggressive after a few drinks; a sensitive artist who championed bohemian ideas and at the same time a staunch Tory; a loving husband and father who embarked on an affair with Belgian journalist Annik Honoré. Who Curtis was as a man is shrouded in mystery, to fans and friends alike. He died before he had a chance to truly shine as an artist—just days before the band’s first North American tour was due to start. Curtis was never an especially big name at the height of his success—only in death could he become the cultural icon that he is today.

“Listening to Closer, you think, fucking hell, how did I miss this?” Stephen Morris, Joy Division’s drummer, remarked in an interview with the Independent to mark the fortieth anniversary of Curtis’ death. He has a point—Joy Division’s second album is saturated with imagery of disillusionment, isolation and anguish, and so through his songwriting, Curtis gave the listener a glimpse into his own deeply troubled mind. Knowing that the album was written in the immediate run-up to his suicide is, quite simply, chilling. Beneath frenetic, moody melodies lie the innermost thoughts of a man plagued by ill physical and mental health, creating a unique sense of manic melancholy that defined Joy Division’s music. He was one of many to have redirected the course of alternative British music, shifting this sense of undiluted contempt away from the establishment to mankind—and, often, himself. Of all of Joy Division’s releases, their 1980 single ‘Atmosphere’—released just two months before Curtis’ death, is among the most strikingly poignant. The line ‘People like you find it easy’ serves as a haunting reminder of how Curtis was gradually consumed by his health problems and yet suffered in silence as those who knew him struggled to understand what he was fighting. The signs were all there, and yet, at the same time they were not. He went to great lengths to hide his various conditions as much as he could, and his bandmates remember him as sound of mind until the weeks preceding his death. An incredibly young, unruly band on the precipice of international success were largely oblivious to the struggles of their lead singer until it was too late.

It’s difficult to listen to Joy Division’s work today without looking at it retrospectively through the lens of Curtis’ untimely death. Curtis’ Macclesfield home and burial site have since become a site of pilgrimage for fans, à la the Dakota Building in New York or the Père Lachaise Cemetery in Paris. But we cannot fall into the trap of deifying him as many have before with Lennon or Morrison. What set him aside from others is the unashamed, raw humanity that seeps through his lyrics. Without proclaiming himself to be a martyr, Curtis made no effort to conceal the demons that constantly haunted him. His music laid his trials and tribulations bare to listeners, a constant cry for help that fell upon deaf ears. Dead at the age of just twenty-three, Curtis did not even make it into the infamous ‘27 Club’ of tragically young ‘dead rock stars’—nor did he quite reach the status of ‘rock star’ in his lifetime. He was certainly no saint, nor should he be remembered as one—but his death marked the loss of one of the greatest talents of the past century, a life cut tragically short.