Sign in / Join
Culture Film “But where are the bonnets?”: Little Women and historically inaccurate costumes 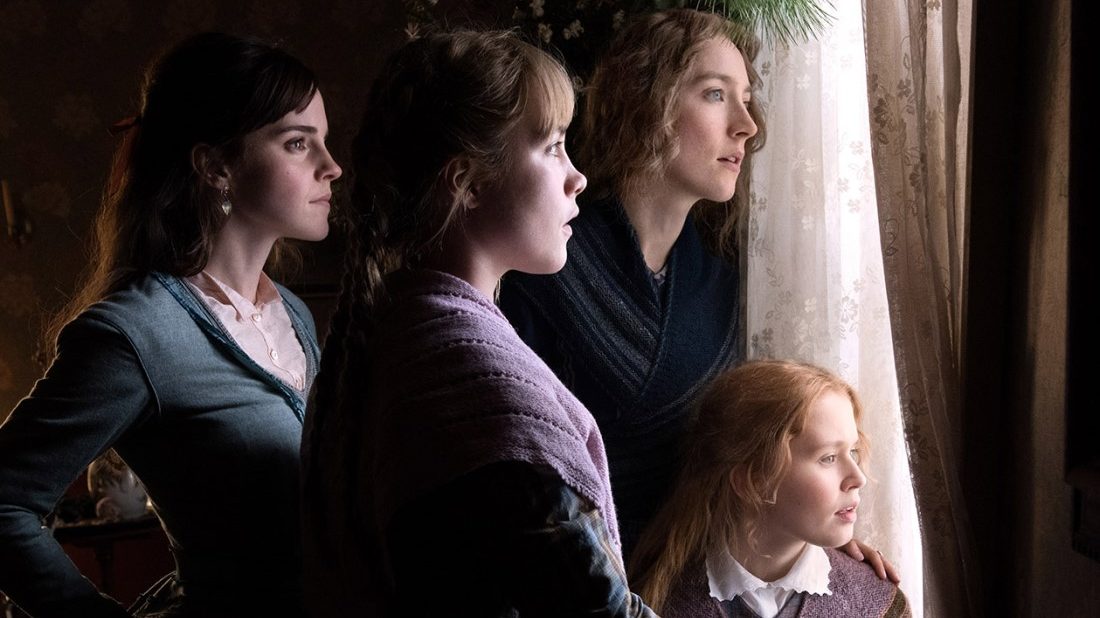 In case you didn’t know, Little Women (2019) won Best Costume Design at the most recent Oscars and there are a good number of people who are tremendously annoyed by this. They generally don’t complain about the aesthetic of the movie, instead their focus lies with the historical accuracy of the movie or, rather, the lack of it.

Particularly vocal is Micarah Tewers who, on her YouTube channel with over 1.2 million subscribers, posts videos showing the clothes she makes, some of which are inspired by clothes seen in movies and on awards show red carpets. In an 18-minute video, she rants about why Little Women didn’t deserve the Oscar for Best Costume Design, commenting on the many historical inaccuracies and costume choices that she feels do not add to, but detract from the movie. I love Micarah and her videos, but I don’t agree with everything she says. However, what’s most important is that Micarah’s criticism leads us towards debate over historical accuracy in film – and whether we consider it integral to the cinematic experience.

Micarah points to many historical inaccuracies that frustrate her, bonnets being one of them. The film decidedly lacks bonnets, despite them being a key fashion item of the day. The hair of the Marchs’ is down when it shouldn’t be, and side parted when a middle parting was the only way to part your hair. The colours of some garments wouldn’t have been available at the time. Laurie’s romanticised clothes don’t escape judgement either. Little Women is not a textbook historical vision of the 1860-70s.

Little Women, as with any movie, has to battle with realism. A movie rarely wants its viewers to be preoccupied with the fact that it isn’t real. Films need to be an immersive experience. If the March family walked around in jeans and t-shirts, it would immediately take us out of the experience of the film because we would be constantly focused on how wrong it was.

However, directors should not be confined to realism. The fact of the matter is that a period drama, or any movie set in certain time, does not need to be historically accurate. A film is an artistic expression and should be treated as such. There needs to be a balance of stylistic and creative intent and realism: it’s fine to have inaccurate elements so long as the viewer’s experience is not worsened by it. Both historically accurate and inaccurate elements should be seamlessly embedded into the movie. A movie that manages this well is A Knights Tale (2001). The film is set in medieval Europe, yet has modern music and fashion influences; nobody bats an eyelid at this because this adds to the quirkiness of the film and the modern moral of social mobility.

I actually love it when movies are deliberately inaccurate in order to achieve the correct emotional response in their audience. Satine’s outfits in the Moulin Rouge! (2001) frequently misrepresent the fashions of the Belle Epoque era the film is set in. Turn of the century dancer outfits would not be scandalous to us today and were Satine to be clothed in these garments, we would lose essential characterisation and understanding to historical accuracy. Instead, the costumes in the Moulin Rouge! are sexy by modern day standards, with hints to the era in which it is set. The movie creates the right response all while keeping the audience immersed. Something similar was done with the dance sequence in ‘The Favourite’ (2018). As we are not in the 18th century we cannot quite comprehend what was socially acceptable, modern or scandalous back then. Instead of relying on Queen Anne’s reaction to show how bizarre and modern the dancing of Colonel Masham and Lady Sarah was, the dancing was made bizarre and modern by our standards instead. Yet crucially, while historical accuracy is sacrificed to enhance the audience’s experience, we are still not taken out of the reality of the movie.

So, I’m going to have to disagree Micarah on a few things. I think losing the bonnets was a good idea. I think, to the modern-day viewer, bonnets look restrictive and old fashioned. They would not allow the characters to be as accessible as I believe the film wishes them to be. For me, the mix-match of fabrics and garments adds to an overall patchwork effect – the March’s were poor and making do with what they had. The colours of the costume, and the entire film, are used to convey mood and memory. A warm, rose tinted lens shows the March girls’ childhood (or perhaps just the events of book that Jo writes), and a cold blue lens focuses in on their real adult life. So, I don’t mind that there were unrealistic dyes in the movie.

Also, I think the movie plays with a lot of costume shorthand. These cinematic tropes allow us to quickly engage with the movie by referencing previous ideas and imagery. Laurie’s billowing white sleeves and floppy hair tells us quickly that he is a romantic person, evoking ideas of love and visions of poets. This does much to establish him as a romantic lead. Jo picking up her skirts and running down the street would have been shocking, if not totally unrealistic at the time. To us, however, this shows that she cannot contain herself within the restrictive ideals of the time and is actively trying to push herself and her society, not caring what the world thinks.

That said, not all of the costumes in ‘Little Women’ are brilliant and well thought through. In this respect I do agree with Micarah. A frequent issue is that the costumes don’t effectively reflect the characters. For example, Meg is driven by the idea of being a respectable lady within society but her clothes don’t always suggest this and are often quite unconventional. Her pink ball dress is supposed to be a rejection of the modesty Marmie had taught the girls, yet, compared to the other dresses, she has one of the more modest dresses at the ball. After Jo burns her hair, she complains about having to wear a bow in her hair, yet in later scenes, she does so anyway. Characterisation is so important in costume and it’s sad that the film often doesn’t deliver in this regard.

One of the greatest missed opportunities for the Little Women costume department was the fact that between the childhood of the March girls and their adult life there was no significant change in style. In the 1860s, the fashion was big hooped skirts, which moved to a bustle by the 1870s. This isn’t a major issue, however, as director Greta Gerwig decided to go for a non-linear plot and to use the same actors to portray the characters both as children and adults, referencing the changing fashions would have made for clearer distinction between the two time periods. Because honestly, if you didn’t know the story and recognise the cinematic switches between childhood and adulthood, the film might become really confusing.

I do like the costumes in Little Women’s and I often found them breath-taking to look at; I don’t know about anyone else, but I practically dream about Amy’s blue dress and cape. Not having watched many of the other Oscar nominees for Costume Design, I can’t make a huge statement on whether Little Women did or didn’t deserve the award. However, Micarah’s rant, and the complaints of others knowledgeable about costumes raise an interesting issue in cinema. Realism in movies is hard to get right, because as soon as you get the realism wrong, the audience will think of little other than how wrong it is. This is why I think the key to realism is to include an element of unrealism – the inclusion of something extraordinary or something that the audience hasn’t experienced allows it to go unnoticed when inevitably, a shot at realism is a few degrees off.

For people in the know, and there always are people in the know, glaring mistakes will occur and detract from films. For example, as an ex-competitive swimmer, I watched Sex Education and every time Jackson’s swimming was mentioned, I cringed and immediately felt distanced from the drama emotionally as I could only think about how inaccurate it was. So, I understand why historical fashion commentators are annoyed by historical inaccuracy in costume more than everyone else; it’s difficult to move past mistakes when movies are trying hard to be realistic, but you can spot their failures. However, for the everyday viewer, caught up in the cinematic magic, these tiny mistakes and discrepancies are really not that big of a deal.