Admissions 2020: How has each college responded? 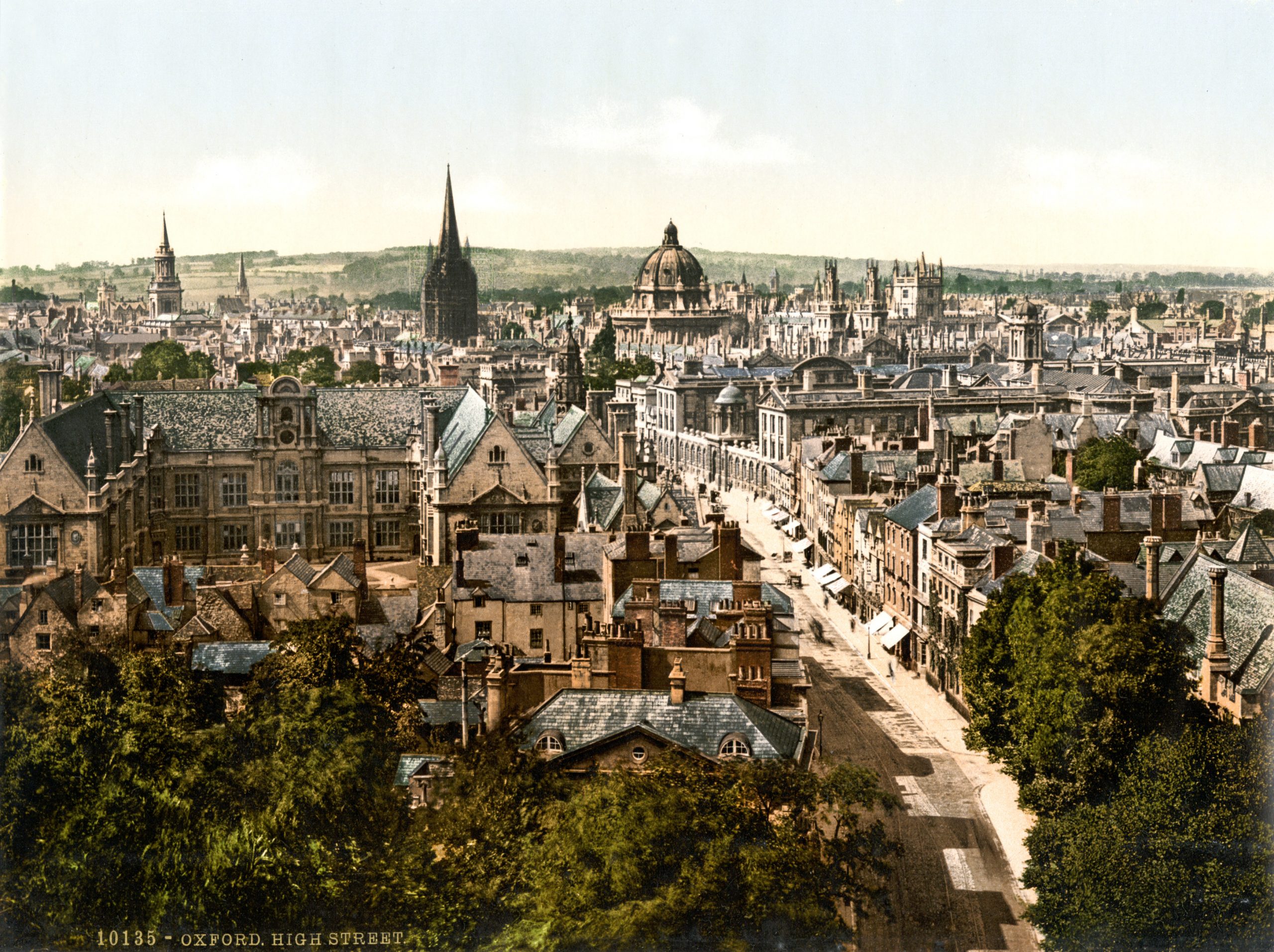 Update 18/08/2020: Following the government’s announcement that A-Level results will be based on teacher’s Centre Assessed Grades, the University has announced it will honour the offers of all candidates whose CAG meets their conditional offer (excluding courses with externally determined caps). The statements and policies listed below are college-specific and were last updated before the University’s announcement.

Following pressure on the University to admit offer-holders who missed their grades, a majority of undergraduate colleges have released statements on their admissions policies this year. This article will be updated as colleges release and revise statements. A list of updates, in the order in which they were made as new information became available, can be found at the bottom of the page.

This year, almost 40% of teachers’ recommended English A-level results were initially downgraded, following the replacement of exams with a standardisation algorithm that used teachers’ assessments and schools’ results history. Analysis has shown that students from state comprehensive schools with large class sizes were hit the hardest by the algorithm.

In the face of a renewed call from the Oxford SU for the university to honour all offers given to UK A-Level students following the government reversal on Monday afternoon, individual colleges continue to differ substantially in their responses:

Worcester College was the first college to announce on Friday that it would accept all UK offer holders, irrespective of their A-level results.

Wadham College and St Edmund Hall followed Worcester’s decision on Sunday and will also admit all UK offer holders. For capacity reasons, some students will be guaranteed deferred entry for 2021.

The College said: “Many members of our college community and beyond have expressed their concern for the potential impact of yesterday’s A Level results on this year’s incoming students. At Worcester we made offers in 2020 to our most diverse cohort ever, and in response to the uncertainties surrounding this year’s assessment, we have confirmed the places of all our UK offer-holders, irrespective of their A-level results.”

A statement from the Wadham Warden Ken Macdonald QC reads: “It has become increasingly clear to the College that this year’s formal gradings are not adding to our knowledge of applicants’ ability to the extent that we could safely conclude that some of those previously selected for offers should now be denied their places.”

Exeter College initially announced that it would admit nine more students than its number in 2019 (98), having granted clemency to “a record number of students based on their individual circumstances”. On Monday, it, too, confirmed that it would admit all UK offer-holders, taking its total incoming Freshers to 110, although “one additional UK offer-holders’ place is deferred until 2021 because of University-level capacity constraints on their course”.

New College announced on Monday that it will also admit all UK offer holders. On Twitter, the college wrote: “New College can confirm we have concluded the review of our outstanding offers, and is pleased to announce that all undergraduate offers made in 2019/20 have been confirmed.”

Jesus College also announced it will admit all UK offer-holders, after previously confirming places for 70% of applicants with “mitigating circumstances” and admitting all Opportunity Oxford offer-holders. All 2020 offer-holders will now have their places confirmed for either this year or next year.

Keble College updated its statement on Monday evening and will honour all offers made this year irrespective of students’ A-level results. Where University departments are at full capacity, Keble will defer offer-holders’ places until 2021. A petition by a Keble College offer-holder who missed her place by one grade, calling on the University to accept all state school “near misses” has collected over 6,000 signatures at the time of writing.

St. Hugh’s College confirmed on Monday that it will admit all UK offer-holders. In a statement, the college said: “It is our belief that this year’s formal gradings do not provide any additional evidence of these candidates’ abilities. We have therefore concluded it would only be right in the circumstances we face this year to trust the assessments our tutors made in offering places to these candidates”. A “small number” of offer-holders whose courses are now full will be offered guaranteed entry in 2021.

Queen’s College also updated its statement on Monday evening to confirm it will admit all those who hold conditional offers. The college stated that it had “become aware of, and welcome[d], the government’s decision to abandon its standardisation model.”

University College updated its statement after the UK government’s U-turn on A-level decisions on Monday evening: “In light of today’s announcement that A Level grades are to be awarded on the basis of teacher predictions, Univ will now confirm the places of all its UK offer-holders.” In case an offer-holder’s course is over-subscribed, the college will confirm their place for 2021.

Lady Margaret Hall has “confirmed places at LMH for 97 per cent of all 2020 offer holders.” This includes the highest percentage (93%) of candidates who have missed their grades across all colleges. LMH confirmed that it has “more than doubled [its] rate of ‘clemency’ this year for candidates who were ‘near misses’ – including those affected by algorithmic adjustment.”

A “majority” of missed offers accepted

Balliol College has now, according to an updated statement on its website, “confirmed offers to its largest ever undergraduate cohort, including to all offer-holders from a state school or a disadvantaged background”. 12% of Balliol’s intake for 2020 will be students admitted “as a result of flexibility shown by the College” and its incoming group of Freshers will be 72% state-educated.

Brasenose College has communicated that “in the great majority of cases, [the college] confirmed places. The reviews took into account interview and test scores plus relevant contextual information.” Brasenose also stated that it admitted some students from other colleges “to help them maximise the number of possible reprieves across the University.” Brasenose’s intake this year is 9% above normal and will consist of 79% state school students.

Hertford College has confirmed it would “accept the majority of our offer-holders who did not receive grades which fulfilled their original offer conditions”. Furthermore, the college stated it would be admitting its “largest ever cohort with 81% of UK students from state schools.” On Monday evening, the college updated its statement to confirm the places of any outstanding offer-holders who will meet their offer conditions with the grades recommended by their teachers.

Magdalen College has given places to “the majority of offer-holders who did not satisfy the conditions of their offer.” A statement reads: “We are watching the evolving situation closely, and we will be following the University’s policy in considering any appeals that we receive.”

Merton College announced on Monday that it has admitted “virtually all of those students whose results were not as they had hoped”, although there are no exact numbers given. The college has, however, confirmed that the incoming freshers will have its highest ever proportion of state-educated students, at 70%.

Trinity College has confirmed places for 100% of its offer-holders from the most disadvantaged backgrounds “as defined by Oxford’s metrics”. The college is also “actively and urgently exploring the options” for offer-holders who have not been awarded the grades they needed.

Expanding intake size and some clemency

Christ Church has offered clemency “more than in any other year we have on record” and confirmed that “clemency decisions were possible for 93% of our offer holders who attended state schools”.

Mansfield College has “admitted a record number of students, […] by going almost 10% above [its] planned maximum number for this year.” Mansfield’s Principal Helen Mountfield QC further stated: “We have offered places to all our candidates who met their offers and extended ‘clemency’ to as many students as possible who missed them, especially those from disadvantaged backgrounds.” This year, Mansfield College continues being the Oxford undergraduate college with the highest state school representation (91%).

Somerville College has confirmed it would honour all offers should students successfully appeal results. Principal Janet Royall tweeted on Friday that Somerville will exercise clemency only to students who are “under-represented”, without detailing what students would fall under this category.

No information on admissions statistics in statement

St. Catherine’s College stated: “At St Catherine’s, we have already exceeded our target intake for 2020 entry, but we are currently exploring the possibility of other options in response to the complex and rapidly changing situation. If an alternative solution cannot be found, any candidates who meet the conditions of their offer through the appeal process, will be guaranteed a place for entry in 2021.”

St. Hilda’s College said in a statement: “Our Fellows, Senior Tutor and the Academic Office team are working extremely hard with our offer holders who have met their conditions, and with those who have not. We are very sensitive to the current situation, especially in how it may have affected applicants from disadvantaged backgrounds.”

St. John’s College shared: “Most St John’s offer-holders in fact met their conditions despite the extraordinary circumstances. For those that did not, the St John’s admissions team has reviewed each case in great detail, taking into account all the other performance measures available to us.”

Lewis Goodall, BBC Policy Editor and St. John’s alumnus, wrote on Twitter: “In a letter to Alumni, an Oxford college told alumni this [Sunday] morning that they’re worried if they did what Worcester did they’d be admitting students who might ‘not flourish'”. Speaking to Cherwell, Mr. Goodall later confirmed that this college was St. John’s.

Has not released information