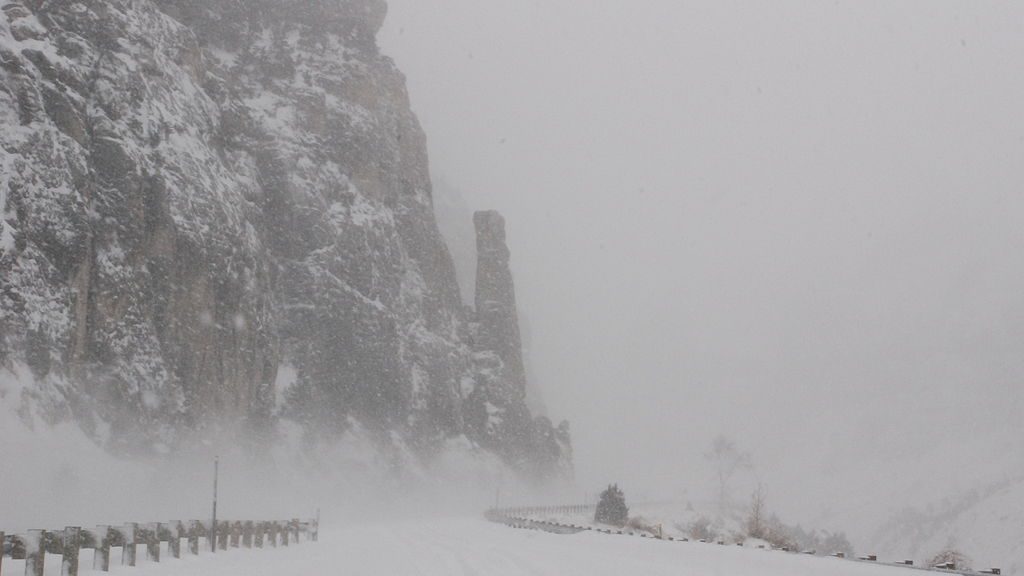 While missing person statistics are compiled for every other demographic, none exists for Native American women. No one knows how many are missing – Wind River (2017)

I watched Wind River for the first time a few of years ago. Despite the film’s well-known cast and director, I hadn’t heard of it and I wasn’t prepared for the movie when I sat down for it: its harrowing depiction of could-be-true events was poignant and devastating. It’s a great movie, but importantly Wind River is a statement: the world is wrong and we need to do better.

This is nothing new; cinema has been used many a time to amplify unheard voices. However, it is rare for the focus to be on the current injustices of the Indigenous and Native people in America, especially Indigenous women. I wrote an article about it at the time and titled it ‘Why we should be talking about Wind River (2017)’. Three years later, as many are still ignorant of the #MMIW (Missing and Murdered Indigenous Women) campaign, the movie is as relevant as ever. So, I have decided to revise it.

Set in the Wind River reservation in Wyoming, 18-year-old Arapaho Natalie Hanson (Kelsey Chow) is found raped and dead in the snow by Wildlife service agent Cory Lambert (Jeremy Renner). Rookie FBI investigator Jane Banner (Elizabeth Olsen) is assigned to the case and works with Lambert to find her killer. Racial tensions are a constant theme throughout the movie, especially between Banner and the Tribal Police, but their misunderstanding turns into respect as the movie progresses.

Wind River is really well-made. The cinematography of the bleak Wyoming winter is atmospheric and Nick Cave and Warren Ellis’ soundtrack is ominous yet understated, never taking the spotlight away from the hard-hitting minimalism Director Taylor Sheridan employs. The acting is good, and the final scene of Renner and Gil Birmingham (playing Natalie’s father) is the film’s standout performance, where they mourn the brutally unfair loss of their daughters. There are few scenes more heart-breaking. The movie ends on the quote featured at the top of this article – missing indigenous women are not recorded unlike every other demographic.

However, the movie is not perfect. It definitely suffers from tropes of white saviourism: while the tribal police support the investigation, it is led by Lambert and Banner. Banner needed to be white to show the tension between the FBI and the Tribal Police, as well as the general tension between white people and those on reservations. In the original script, Lambert was a quarter Arapaho, but this was dropped when Renner was cast, instead leaving his ex-wife and children his only connection to the reservation. While Renner may have brought in additional press and beneficial coverage, I think it would have been better to have Lambert’s character portrayed by a native actor.

There has been a long history of white actors playing indigenous characters which continues today: Rooney Mara (Tiger Lily) in Pan (2015) and Johnny Depp (Tonto) in The Lone Ranger (2013). Wind River has received criticism after actor Kelsey Chow falsely claimed Cherokee ancestry, and thus continued this erasure of native people in film. Native reviewer Jason Asenap also criticises the movie, arguing that it perpetuates the ‘dying Indian’ motif, where Hollywood movies continually show Native people dying or present their culture as dying. While both have endured hardships that should be remembered, to a very much alive and dynamic group of people, this bombardment of death is unrepresentative and tiresome.

However, putting aside these merits and flaws, Wind River can be understood as an attempt at cinematic activism, which seeks to raise awareness for the MMIW campaign. There has been a well-documented history of violence and brutality against all native peoples of North America; for those unaware, take time to research it. However, violence against Native and Indigenous women, as Wind River reflects, is still phenomenally disproportionate.

In 2016, Canadian Prime Minister Justin Trudeau established a National Inquiry into the Missing and Murdered Indigenous Women. The background to this inquiry found that between 1980 and 2012, Indigenous women represented 16% of all female homicides in Canada, despite making up only 4% of the population. They also concluded that Indigenous women and girls were “disproportionally affected by all forms of violence”.[1] A 2011 Statistics Canada report estimated that, between 1997 and 2000, the homicide rate for Aboriginal women was seven times higher than other women.[2] No wonder it has been described as both a Canadian national crisis and a Canadian genocide.[3]

From these abuses the campaign of Missing and Murdered Indigenous Women formed, demanding changes to hold those accountable and to protect some of the most vulnerable people. These include demonstrations, activism and creative responses like Wind River. However, this also includes legal changes: reauthorizing the Violence Against Women Act in 2013, the creation of the National Day of Awareness for Missing and Murdered Indigenous Women and Girls and bills passed in Wisconsin, the state of Washington and Arizona.

#MMIW Act or Savanna’s Act, named after Savanna LaFontaine-Greywind who was brutally murdered in 2017, reforms law enforcement and justice protocols to address the crisis. Hopefully, this act will mean the missing person statistics for Native and Indigenous women will now be kept and better reported. However, it has taken too many years for this to be finally realised.

The Violence Against Women Reauthorisation Act attempts to increase tribal prosecution rights further than the one passed in 2013, but, in the Republican Senate, its progress has been stalled. The rights of reservations have been a longstanding debate. The lack of support and the gaps in protection are unsurprising considering its history and unfortunately the lack of support from the conservative right in America is, again, historically unsurprising.

Cinema has a long history of using its medium to raise awareness. The power of film lies in its ability to force you to view a situation from another perspective and give such a personal take on injustice and crises. I commend Wind River’s attempt to highlight an issue which is rarely talked about. The MMIW campaign (which is also extended to MMIWG2ST, to include girls, two spirits and trans people) is a powerful movement producing real changes, going relatively unnoticed.

Unfortunately, Wind River didn’t create the hype or the greater awareness it wanted to, but to the few that have seen it, it opened eyes and hearts. We shouldn’t need a story which perfectly highlights terrible injustices and intimate pain to empathise with a cause, but it certainly drills the message home.

Wind River is an activism entry point. It raises awareness, but like with anything, you shouldn’t stop there. You shouldn’t stop at just being nicely enlightened and continue as you were. Especially with something so far away from many of our day to day existence, effort needs to be put in to actually help, to support and amplify Native voices. Wind River is good but it’s far from everything. Watch it and use it as a foundation to learn more and do more, that is all anyone can do.